Welcome to Part Nine of the Project White Trash series; an on-going story highlighting the resurrection of my 1964 Chevy C-10 truck that was rescued from the scrapper.

The last episode was a very important one in getting the truck to sit the way that I wanted it to. It involved using a tried and true method from the early days of hot rodding, a process called “Z-ing”. This method involves cutting the complete front or rear chassis sections off of the frame and reattaching them at a point higher than their original position. This lowers the vehicle while still maintaining the stock suspension geometry. It’s a very cost-effective method of radically lowering a vehicle.

In my case, the cost involved was the price of the steel plate to make the gussets for the attach points. I didn’t have the money to buy an entire aftermarket front suspension, so I was way ahead in that regard. What I didn’t understand at the time was that in order to make it all look “factory”.  I had to put in a lot of time and labor. The next few episodes will focus on the effort it took to make it look nice, work correctly, and stay on budget.

I’ll admit it, I am instantly turned off by any street-driven hot rod or custom that does not have front inner fenders. It’s perfectly fine on a race car because there is the element of weight saving. On a street car, the sight of an ugly tire throwing mud and road debris all over the engine compartment is unacceptable to me.

I was not going to install air ride on this truck, and I was not concerned about it laying on the rockers. I was going to keep the stock inner fenders. But, I wasn’t going to get off easy because of that choice. After the front suspension was “Z’d”, the inner fenders were not going to fit because the frame was now two inches higher than it was before. They were going to require some major surgery in order to get them to fit right and appear stock.

My truck had seen some tough times in it’s life, and both of my inner fenders were cracked and torn from frontal impacts. They were not repairable, so I needed to find a replacement set. That was not as easy as I had expected. There is an area in the top front of the inner fender that will catch mud and debris and rot out over time. Most all of the used ones you find have this issue. In a stroke of luck, I found a pair of solid ones in my local wrecking yard for $45. The only problem was, they were from a 1962, which has a different bracket for the hood spring than the 1964 and up design. I swapped the brackets from my damaged inners and started laying out my cuts.

From the factory, the inner fenders fit reasonably well. Because there were many different variants of Chevrolet and GMC trucks, GM made a “one size fits all” part. It fits nicely at the intersection of the fender, but the skirt at the bottom does not follow the top of the frame. I was going to have to fix that anomaly. The first step was to measure the height and cut off the bottom of the skirt and bolt the inner fender into position. At this point, I slid the cut piece into position, overlapping the sections and Cleco’ing them into place. 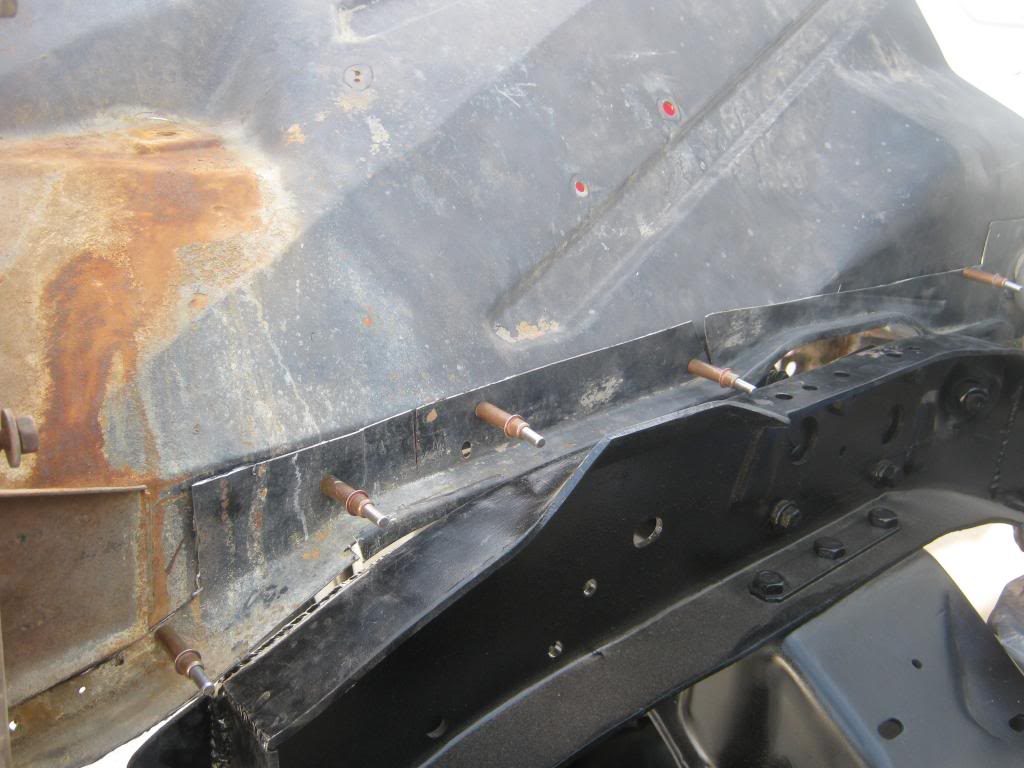 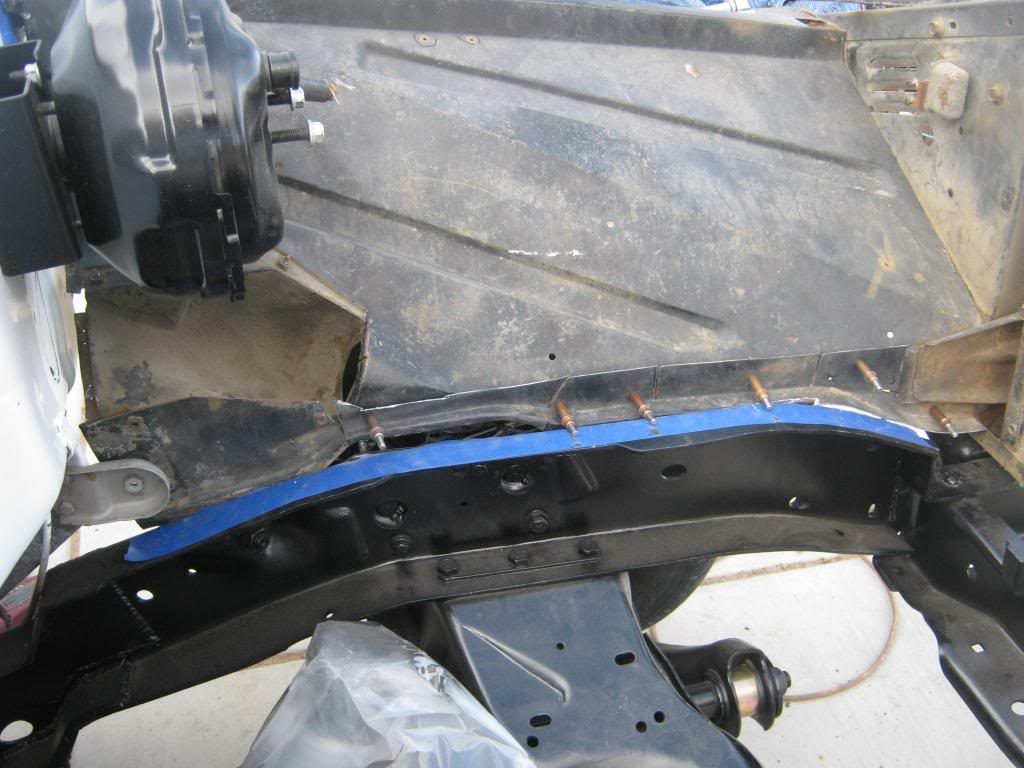 STITCHING IT ALL BACK TOGETHER

Now that the pieces were temporarily put together, all of the effort starts to make more sense. At this point, you can see where the edges need to be tweaked to follow the frame. I made a series of pie cuts to get the contours to match. I had to start at the front and work my way to the rear. You can see that I made cuts on the flat area and on the rolled edge in order to get the metal to move. It’s ugly at this stage, but it all start coming together very soon. 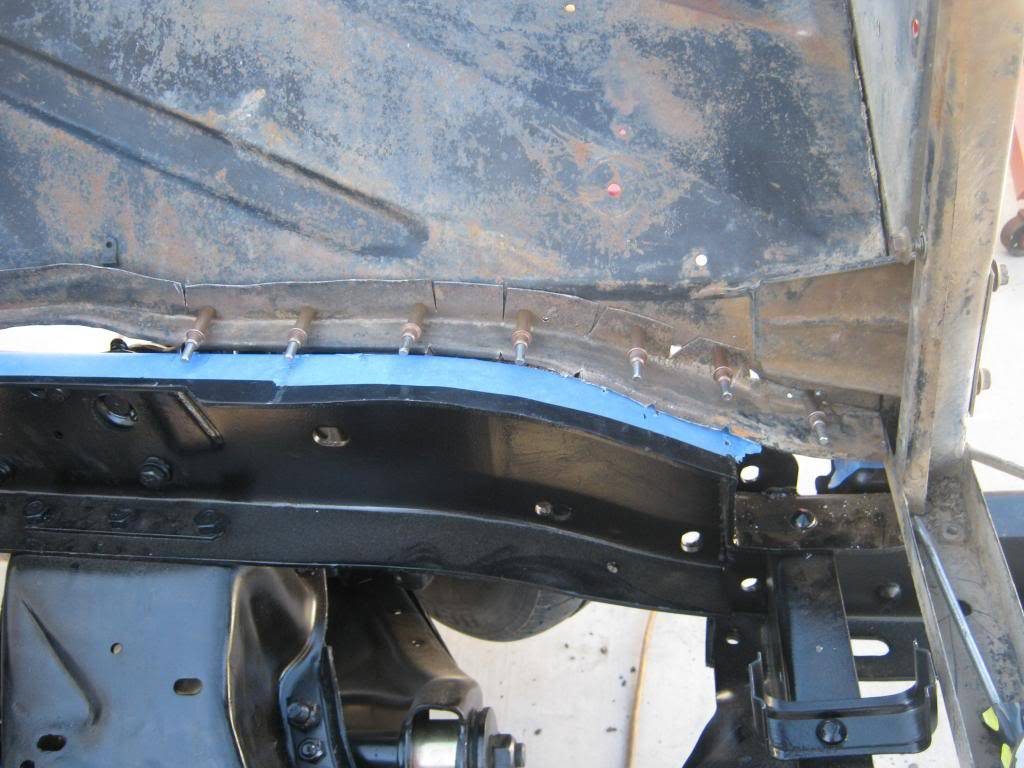 Once I got the inner fender to follow the frame rail, it was time to start welding it all back together. I cut the excess metal behind the overlapped pieces and butted the edges together for welding. To do this, I used some slick little panel clamps to hold it into place. To butt weld sheet metal together properly, you have to be able to keep the edges in line and have a slight gap to lay your weld bead into. These clamps do just that, and they free up both of your hands when it’s time to start welding. 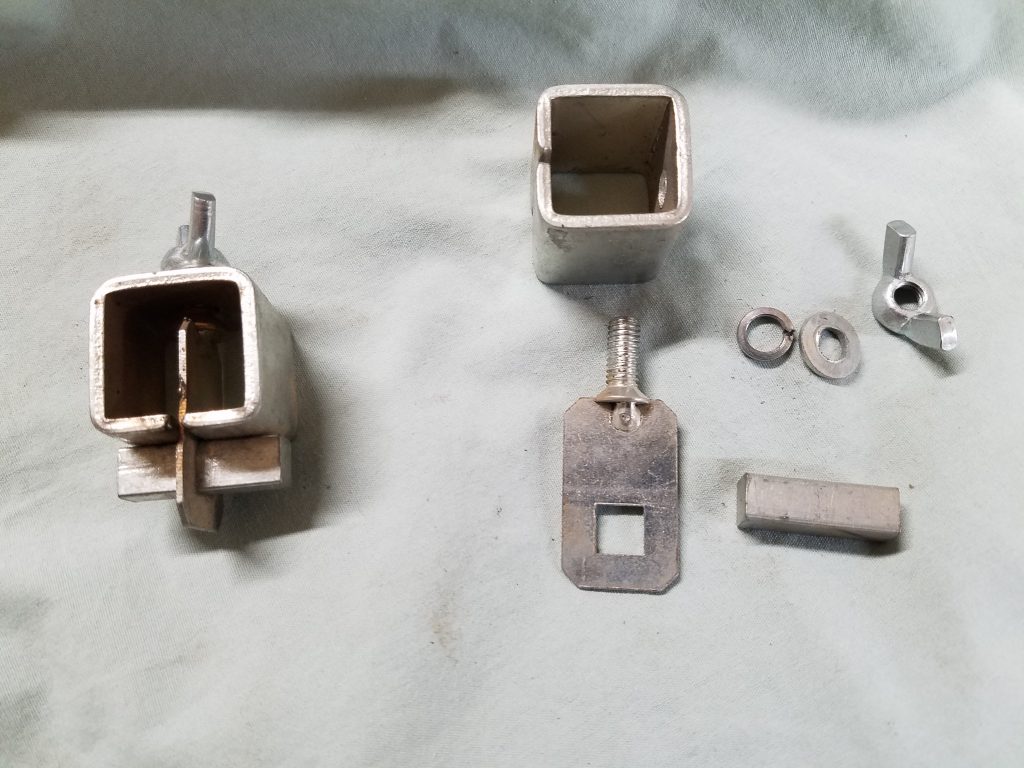 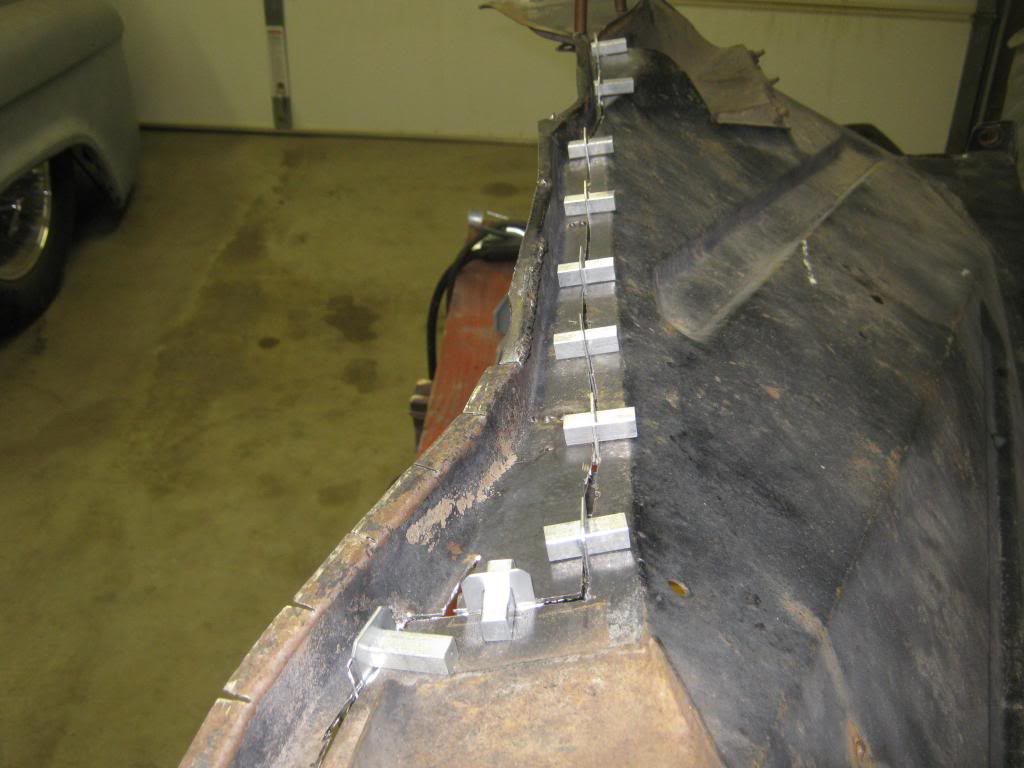 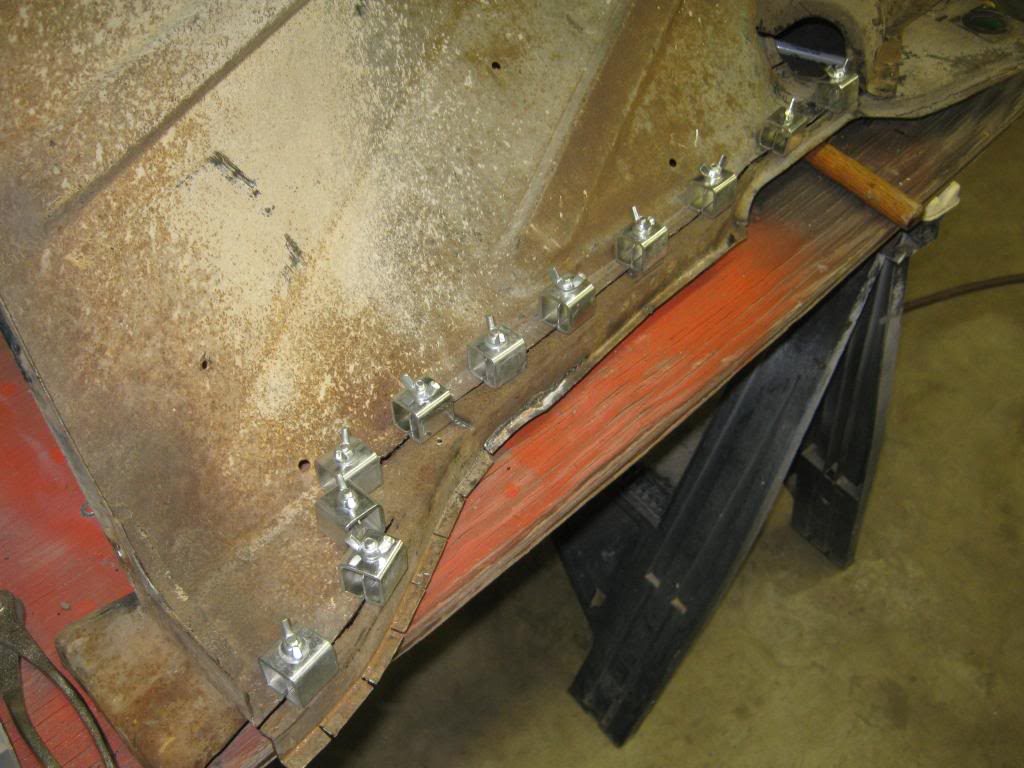 DOING BODYWORK AND MAKING THEM SMOOTH

After using the clamps and doing a lot of welding and grinding, the inner fenders were ready for bodywork. 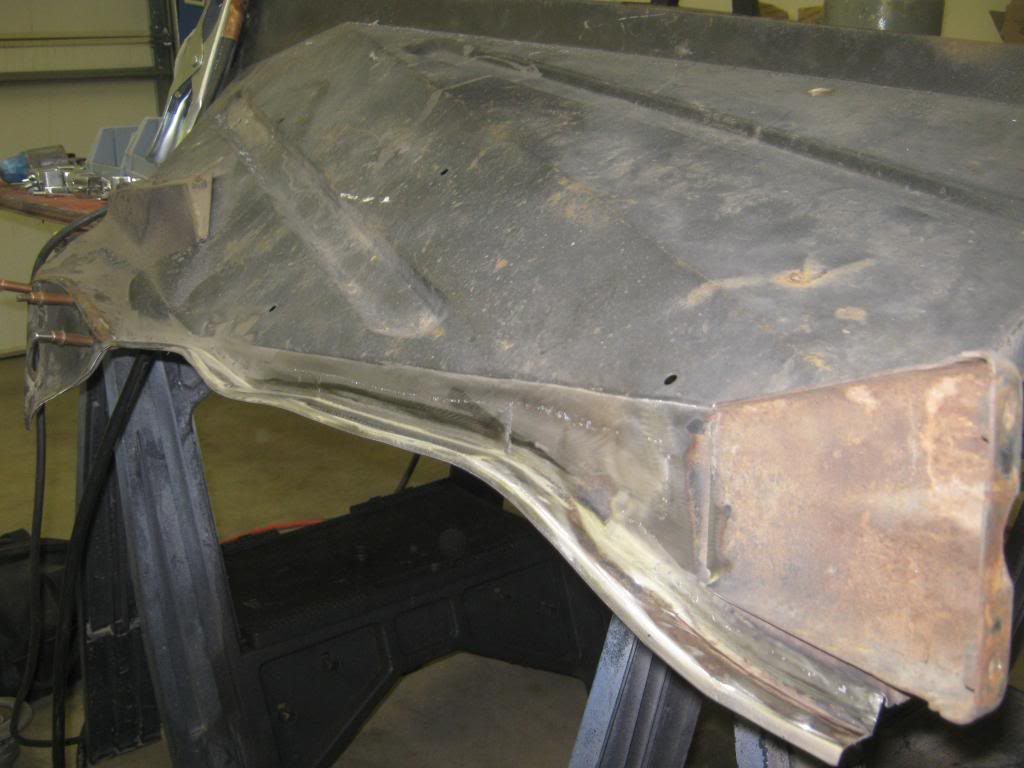 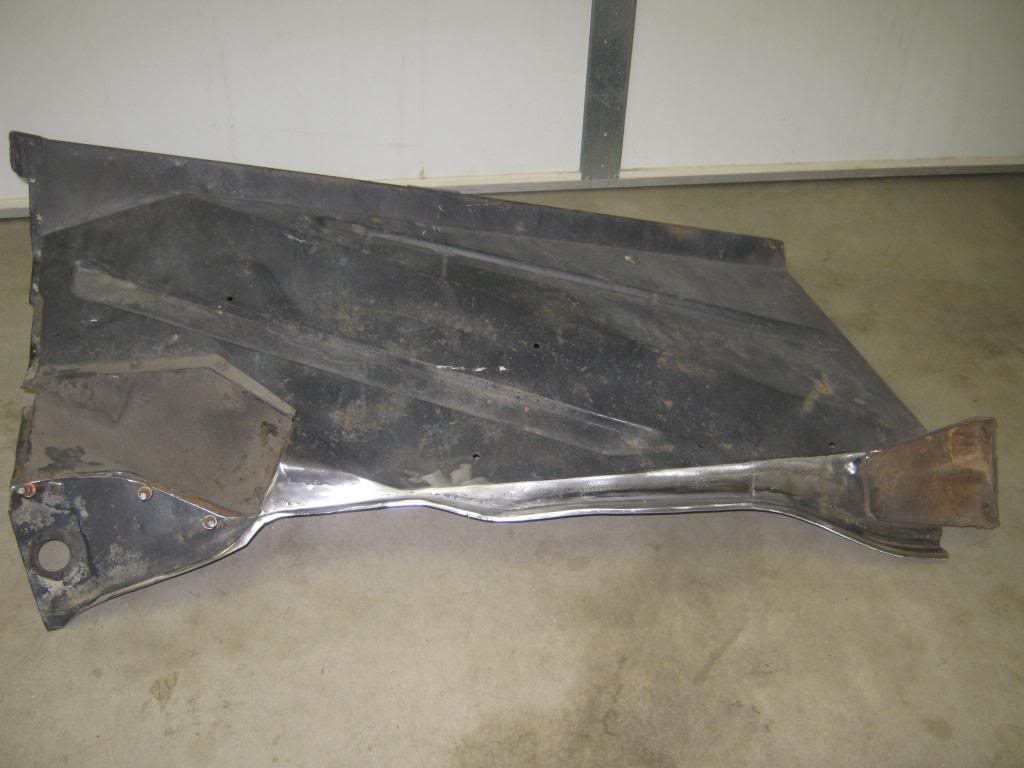 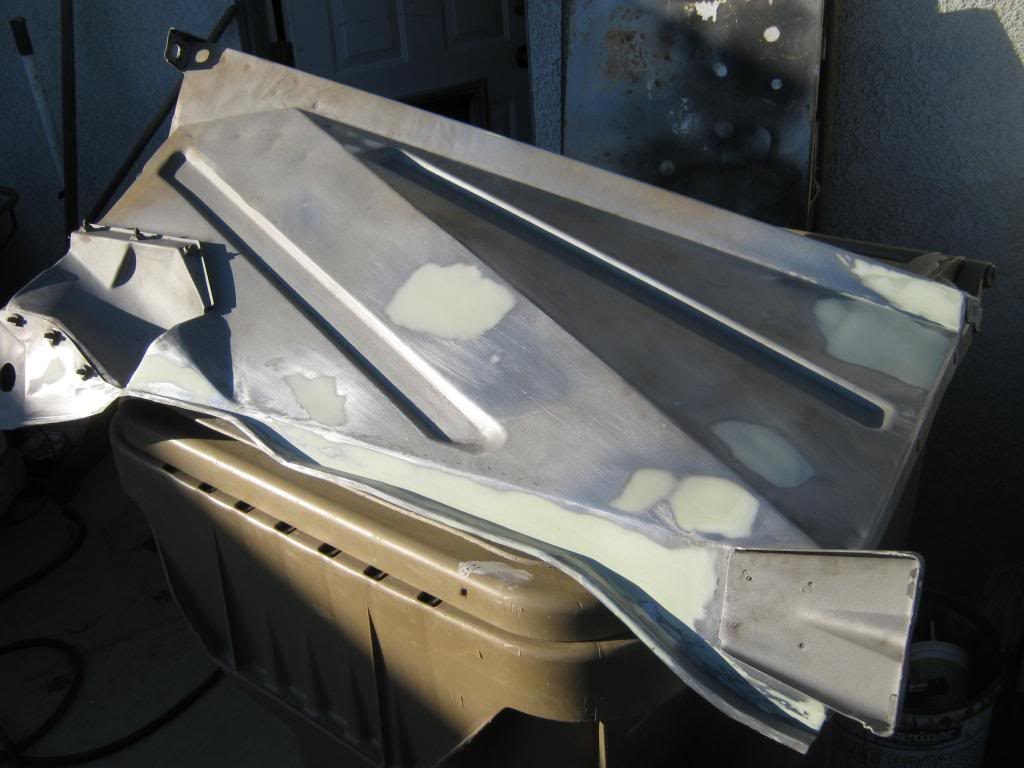 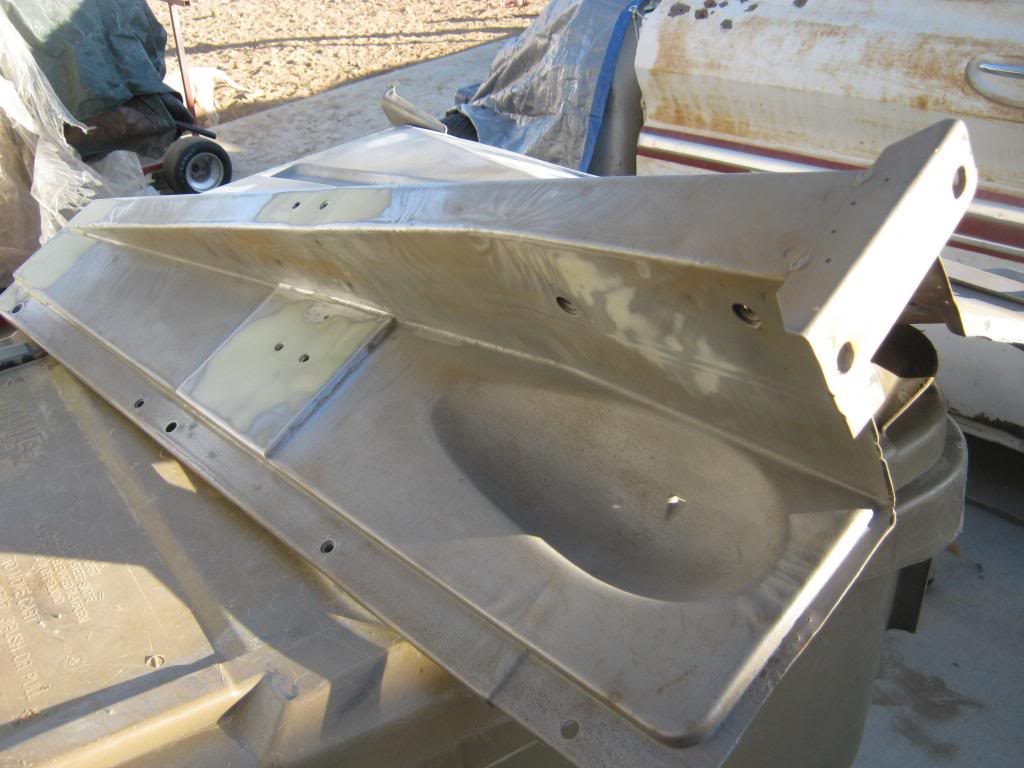 And here is the finished inner fender, after paint. 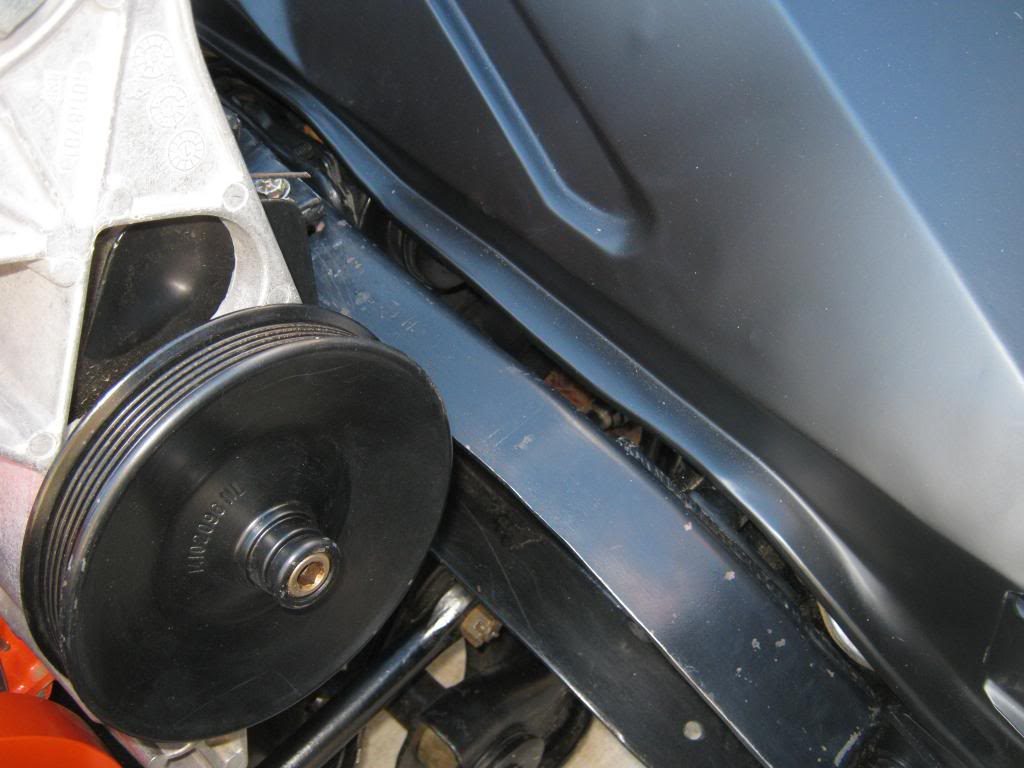 I wanted the under hood area to look nice, and after the inner fenders were painted, it was obvious that the firewall needed to be done. It was an absolute mess. The dealer-installed air conditioning  that was done in 1964 required them to free-hand the holes in the firewall, and they hacked them up badly. It took quite a bit of welding to fix those holes, along with the other random 46 holes in the firewall. That’s not a joke, there were 46 holes that got filled. The firewall then got a skim coat of filler and was block-sanded smooth. Here’s Brad, laying on a quick coat of Bulldog adhesion promoter in preparation for primer. 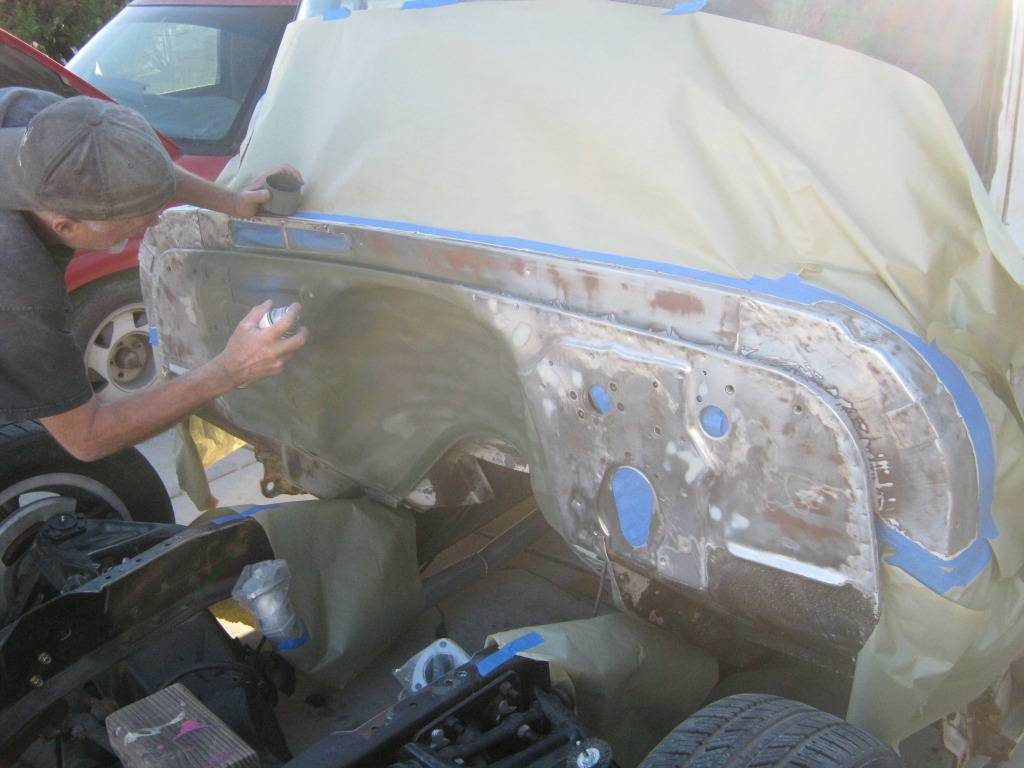 After the first primer coat 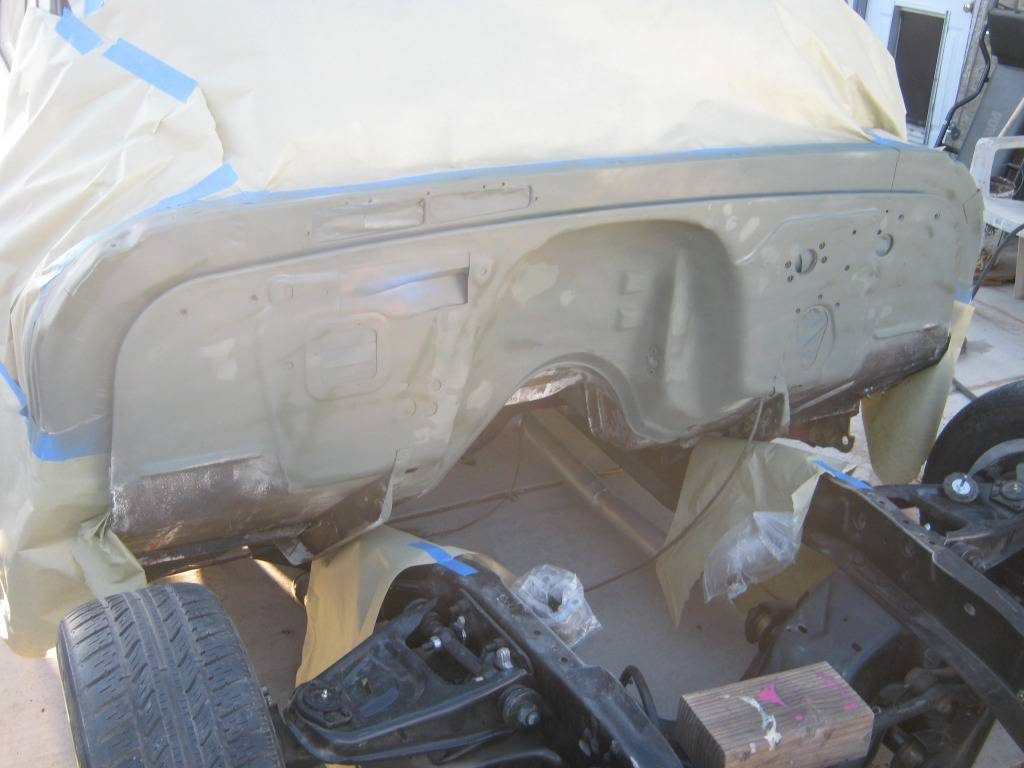 After the second primer coat. Note that the lower half of the firewall has not been prepped or painted. These areas will be in the inner wheelwell and will be undercoated after the fenders are installed. 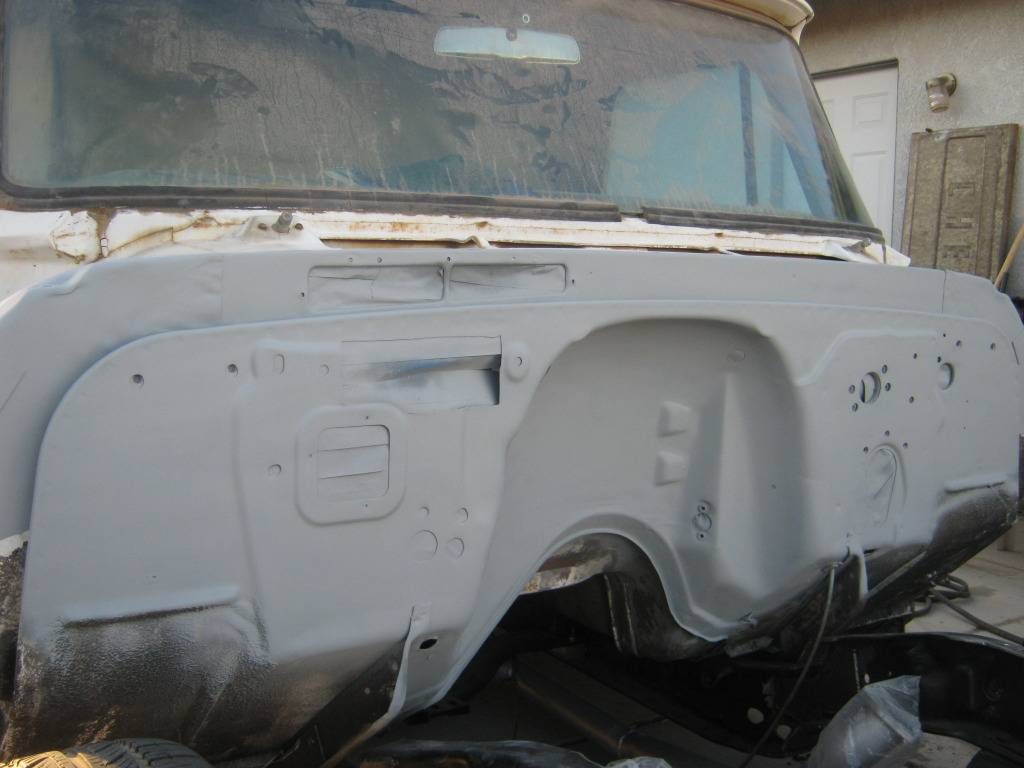 I apologize. I don’t have any pictures of the painted firewall. The only pictures I have also have the engine installed, and that would be getting too far ahead. The engine build-up and front sheetmetal installation are the next subject on the list. See you then!