Our good friend (and former podcast guest on episode seventeen), Dave Engle threw the book at this one. Meet the Helldorado. 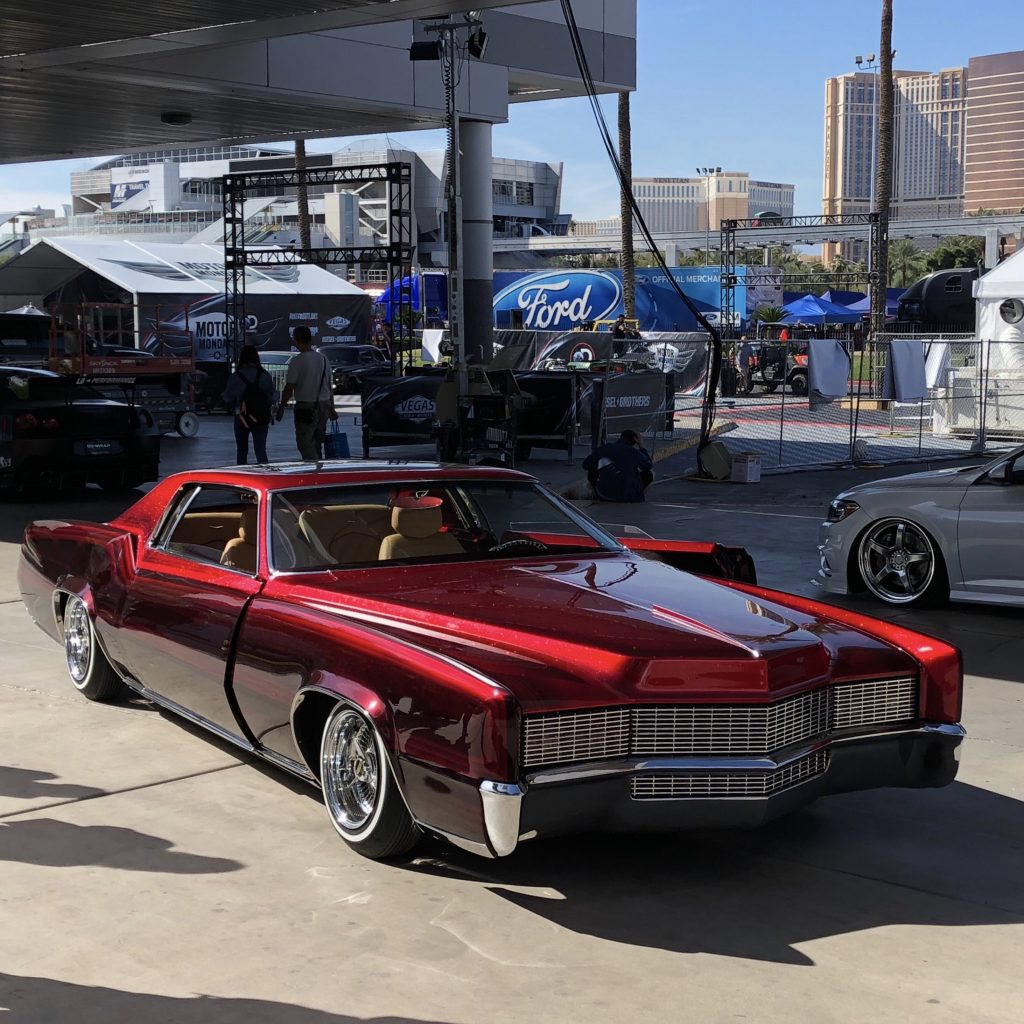 It has been converted to RWD, front clip is off a mid-80s Cadillac. Dave fabricated the rear frame clip and make the link setup from scratch. He crafted all the tube work in the rear sorta like a minitrucker would do, but with a more organic flow in mind. The rear hydraulic cylinders are set up coilover style and push on powerballs that are mounted to the rearend tube work. On the frame side, the hydraulic cylinders glide through donuts that were cut out of a ½” plastic kitchen cutting board so they don’t make any noise and rattle around like they typically do. They also utilize full length coil springs and double adjustable QA1 shocks front and rear so it rides… well, like a Cadillac.

Since it was converted to RWD, a driveshaft tunnel and floors had to be fabricated. The entire interior was all made out of 18 gauge sheet steel and 16 gauge 1” tubing rolled in their trusty harbor freight tubing roller. The whole design of the build and especially the interior was that of “how would they have done a pre-production concept car?” They wanted to do a long floating armrest in it, so it starts all the way at the back of the cabin.

The top is chopped with the stock windshield laid back, giving the already low-from-the-factory profile a whole new attitude. Suicide doors were a must for added effect. The shaped half-inch plexiglass AM Hot Rod Glass roof insert was another added touch that David made the flange for. There really isn’t any metal on this car that hasn’t been modified. The whole top of the cowl and firewall is all custom shaped along with the lower edge where the windshield get glued and the wipers were of course shaved.

The clam shell shaped front marker lights were shaved. The grille used to have hideaway headlight covers, but instead the team decided to do a full phantom grill. Quarter-inch aluminum was water-jet in a design that mimics the original grill honeycomb. As David didn’t want it to look totally seamless, the outer parts of it still look like they could flip up, just that little dip added a nice dimension so it’s not plain. 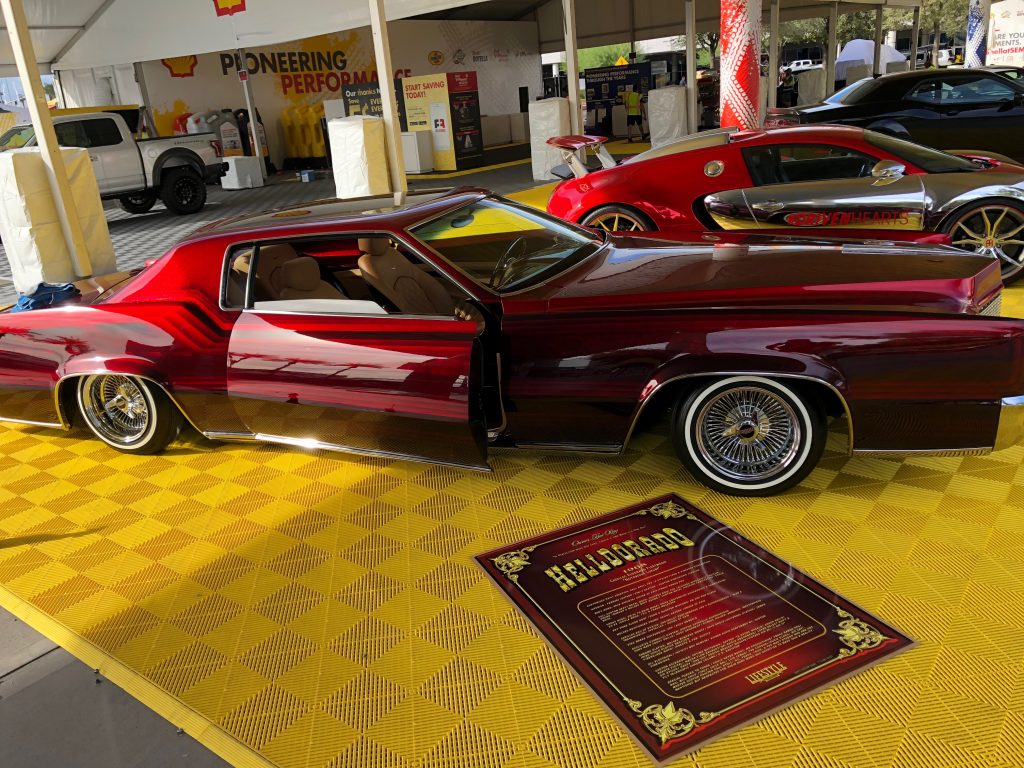 SHAVING THE UGLY, ADDING THE POWER

The front bumper used to have a big flat spot on the lower portion so Engle had to fabricate the pieces to carry it out to a peak. The factory taillight fender extensions were tossed in the trash and new ones were fabricated out of eighteen-gauge sheet metal.  They were built in origami fashion so they could be welded on the quarter panels for a seamless look. The factory Eldorado lenses was used again because of their beauty.

The gas door on the trunk lid was shaved, both inside and out. The panel just above the rear bumper was fabricated from sheet metal to eliminate the factory plastic pieces. The car is powered by a GM Performance Parts Cadillac LSA engine. With the overdrive trans, it’s perfect for rotating those 100 spoke 14” wire wheels on 520 bias ply whitewalls. Dakota Digital gauges and a full Kicker Audio system round off the interior electronics. For creature comforts, the CTS-V seats are covered in Ferrari leather.

A closer look at the myriad of mods…

From the Lodge at Camp Wannapaintem: Cristina and Jeremy