BREAKING
It's Good to be the KingSEMA Show 2018

After years of building cars for everyone else, Steve Strope of Pure Vision Design decided he needed to build a cool daily driver for himself. It couldn’t be the “traditional” sort of driver from the Big Three, it had to be something that would stand out while still being just a bit subdued. While out driving around one day, he came across the perfect specimen sitting in front of a local Yamaha dealership. The mechanic working there was trying to find it a new home. It was a nice 1964 Oldsmobile Cutlass F85, sitting there in all it’s “Grandma’s Sunday driver” glory. Steve worked out a deal and took his new project home. 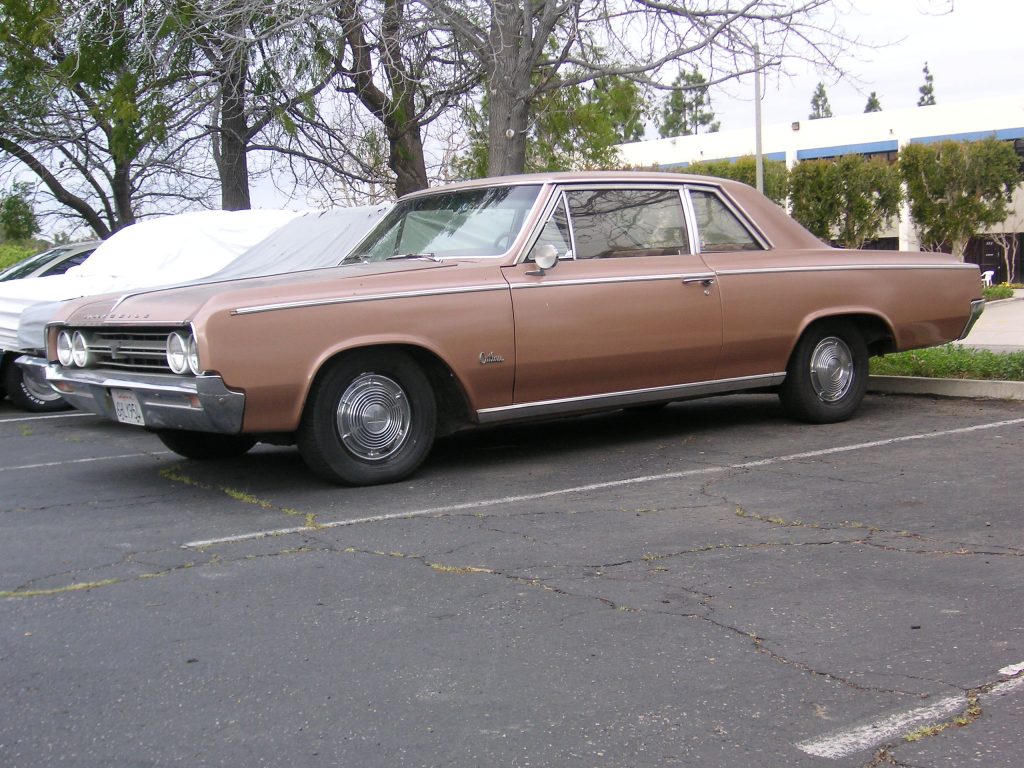 This car would be like many of the rides that roll out of Pure Vision’s shop, “stock-ish” looking with lots of detail, but far from what the factory envisioned. The body of the car would remain just as Oldsmobile designed it, but that’s where the similarities end. The Cutlass was completely pulled apart and blasted down to the bare metal. After those items were powder coated and painted, the chassis assembly began. The old slow steering box was replaced by a WS6 quick-ratio unit. Steve kept the original drum brakes back in the rear but updated the front with 1LE Camaro dropped spindles and 12″ disc brakes.  Hotchkiss TVS components at all four corners ensured that the Cutlass would ride and drive like a late model car. 17″ Cragar Eliminator 500 wheels fit the ’60s vintage look that works nicely with the car. 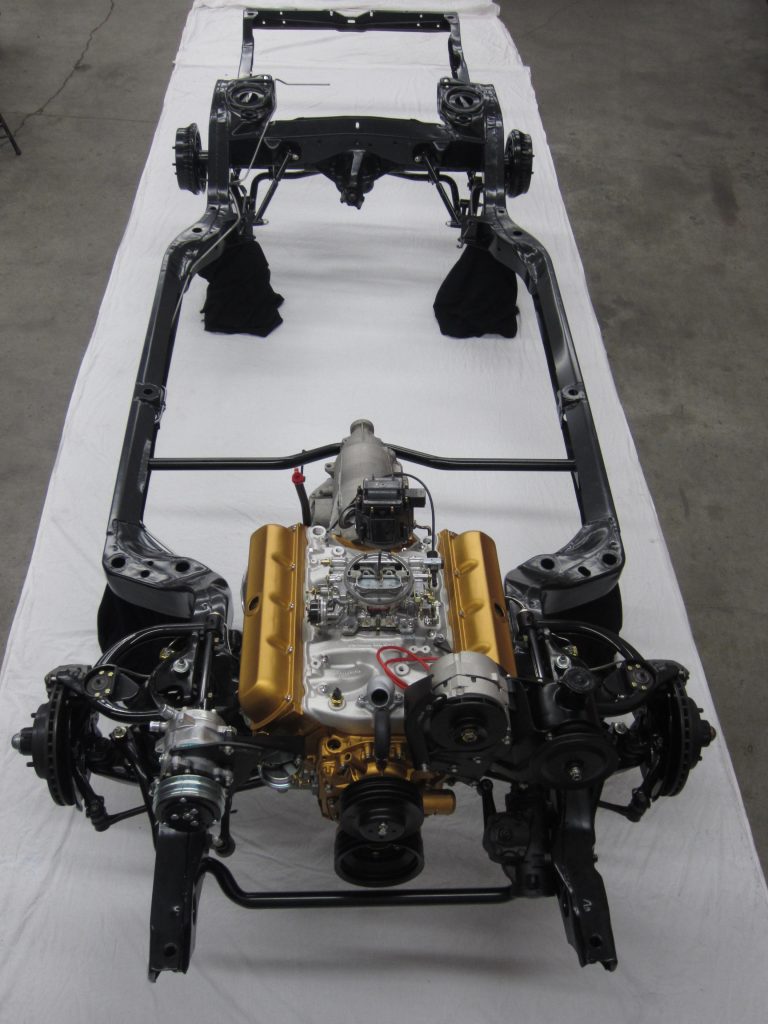 The engine in this beauty is not the “standard” LS swap that has become so prevalent in today’s builds. That would be too easy. Steve decided to buck the current trend that everyone else considers to be the new normal. The powerplant of this car was going to stay pure Oldsmobile. The stock 330ci engine was freshened up with a mild Mondello cam, HEI ignition, and an Edelbrock intake and AVS carb. A 200R4 transmission was pirated from an ’80s GM wagon. The overdrive, coupled with the original 3.08 rear gear ratio, ensures that the Cutlass will loaf along happily at freeway speeds. 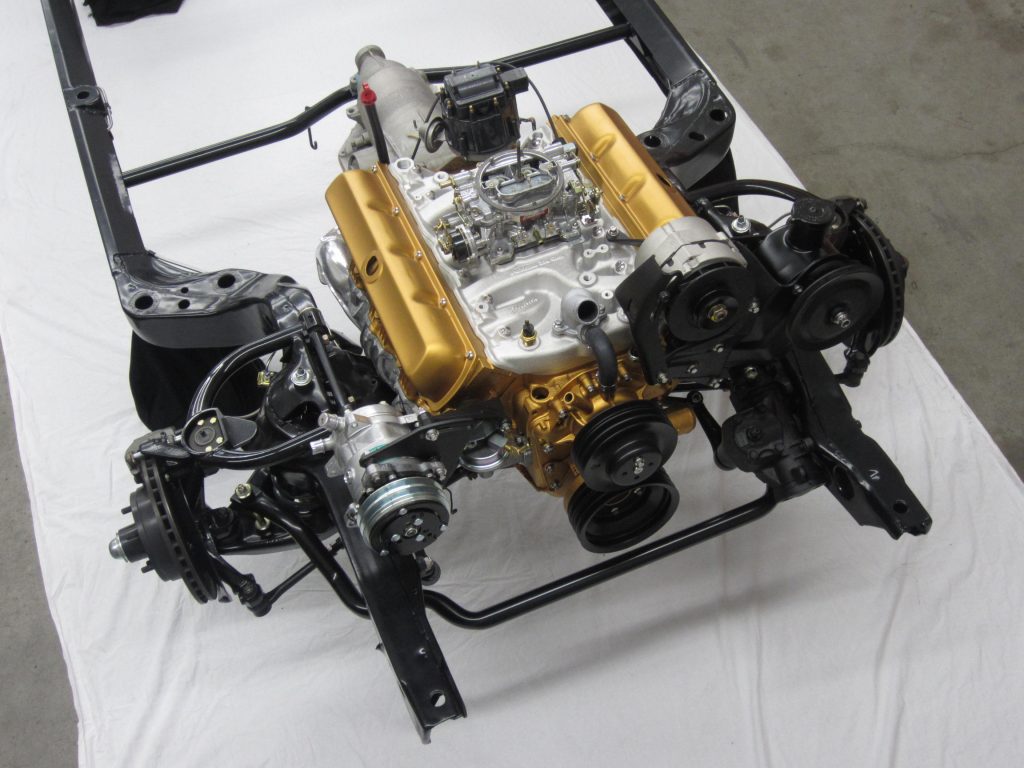 MICK LAYS IT ON THE COLOR

Now, it was time for the Oldsmobile’s body to get handled. Pure Vision uses Mick’s Painting in Pomona, California to take all their projects to that “next level” of quality. This car was no exception. After countless hours of block sanding by Mick’s guys, the car was sprayed in 2011 Mercedes Quartz Blue. After it fully cured, it was color sanded and polished to perfection. With the bumpers re-chromed and the custom Clayton Machine Works side trim polished up, the exterior looks amazing. 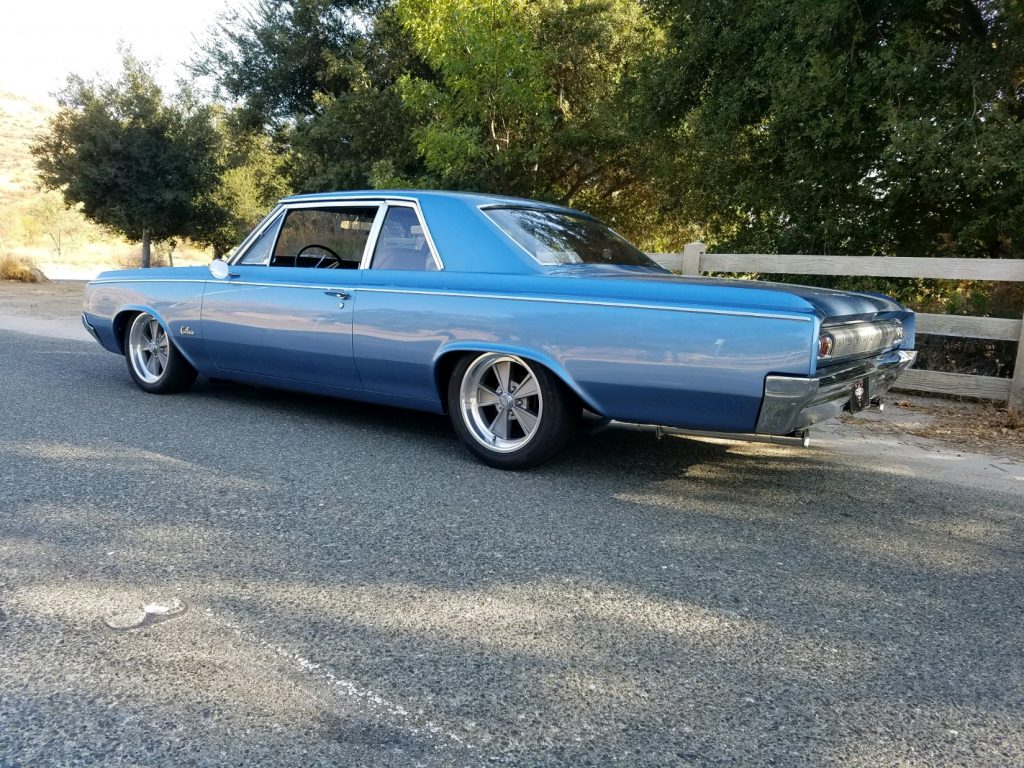 The interior of this car is very slick. The door panels and carpet were returned to stock, but the seats had a little more effort thrown at them. The front buckets are cut down 2010 Porsche Panamera units. These seats have heating and AC built into them to keep you comfortable in any weather. To make them work properly, Steve and his team had to simplify the 31 pages of Porsche wiring schematics. It all came down to using just a few wires and they now work great. A Corvette rosewood steering wheel takes the place of the original Cutlass wheel. Both front and rear seats were taken to Gabe’s Upholstery in San Bernardino, California for the Lopez boys to do their magic. Dynamat and Vintage Air help keep everything comfy and quiet. Hidden switches, knobs and USB ports with LOTS of cool electronics makes driving a fun experience. 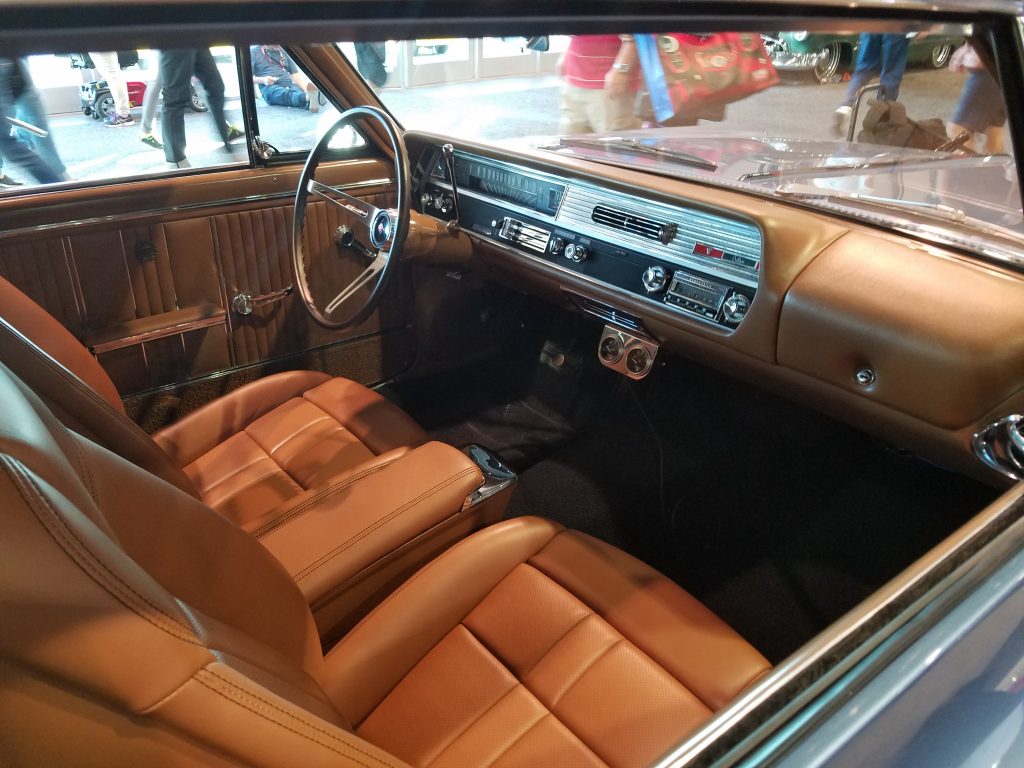 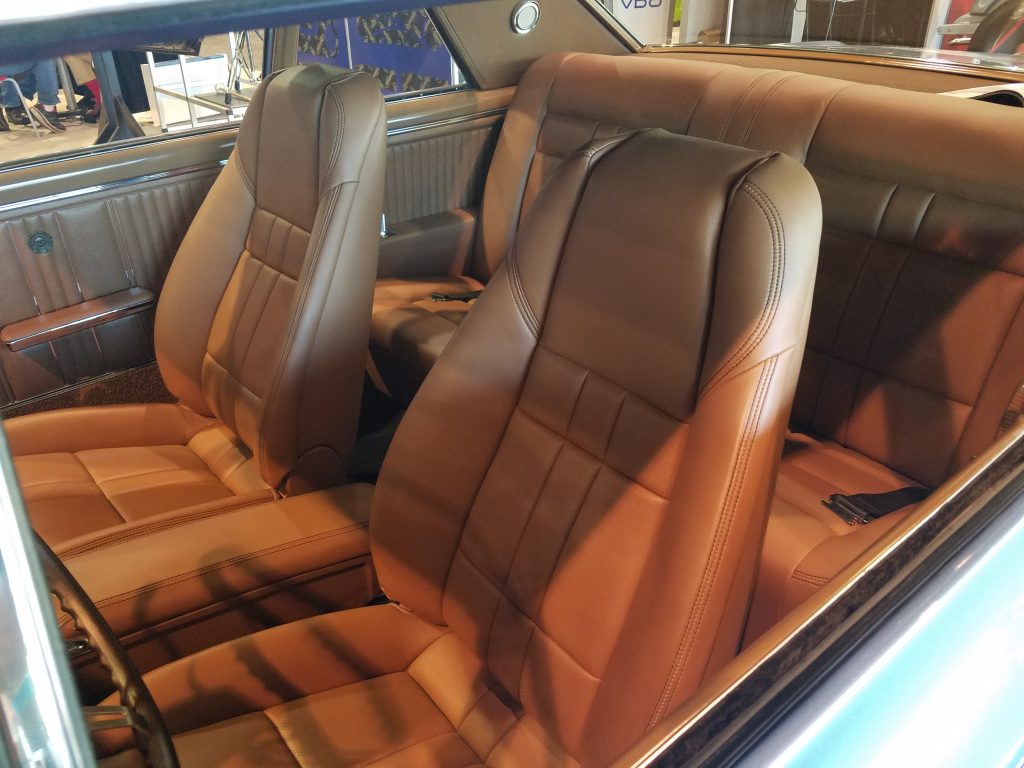 The car turned out amazing and knowing Steve, he’ll be wearing out a bunch of tires having fun his new shop car!