In a nondescript building about 23 miles due north of Milwaukee, a group of talented fabricators and technicians are changing the way that hot rods  are being built. Instead of staying with standardized methods of engineering and fabrication, the Speedkore Performance Group is constantly exploring new technologies and applying them to their products. You can learn more about the company and two of its key team members on our podcast.

The Speedkore Performance Group is part of the Kapco family of companies owned by Jim Kacmarcik. Kapco began as a metal fabrication business started by Jim’s father Tom in 1972. By the time Jim and his brother Tom Jr joined their father in the mid 1980s, the company was growing so quickly that the brothers knew that they needed to push it to the next level. As the years went on, the company continued it’s rapid growth by adding many more facilities and keeping pace with emerging technologies by adding die building, laser, CNC, robotic welding, and composite manufacturing to their capabilities.  From that small start in 1972, Kapco now employs over 400 employees in multiple locations in Wisconsin. 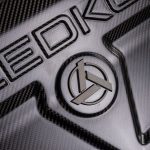 With a vast amount of high tech manufacturing capability at their disposal, Jim and lead builder Dave Salvaggio founded Speedkore in 2014. Dave comes from a family of racers. He is the grandson of Italian immigrant Indy racer and Milwaukee Mile track promoter Tom Marchese. SpeedKore is dedicated to building cars that are completely unique. They work closely with OEM manufacturers, such as FCA (Chrysler) and Ford. They have expanded their composite manufacturing to a point where they now offer high quality carbon fiber components to the general public.

If you follow the hot rod industry, or have watched a certain famous Hollywood movie franchise, you’ve probably seen Speedkore’s work. They built the matte black 1970 ‘Cuda that was seen in the Fast and the Furious 6 and 7. They also built the black Charger (known as Tantrum) and the blue 1970 ‘Cuda (known as Menace) for the Fate of the Furious. Their client list consists of familiar names such as Robert Downey Jr, Chris Evans, and Scott Borchetta.

Their latest project is a 1970 Dodge Charger, named Evolution. This car is the culmination of the ideas and technology that Speedkore continues to develop. The heart of the Charger is a supercharged 6.2 liter Hemi outfitted with upgraded drive pulleys and injectors. The technicians in the fab shop built the custom cold air intake and the stainless steel headers and full exhaust with SLP mufflers. Dailey Engineering supplied the dry sump system and Saldana Racing Products built the custom radiator. The entire engine bay is surrounded by custom carbon fiber panels that stylishly cover much of the wiring and tubing associated with the engine. The combination of exposed carbon fiber and matte finished colors engine components add to the effect. 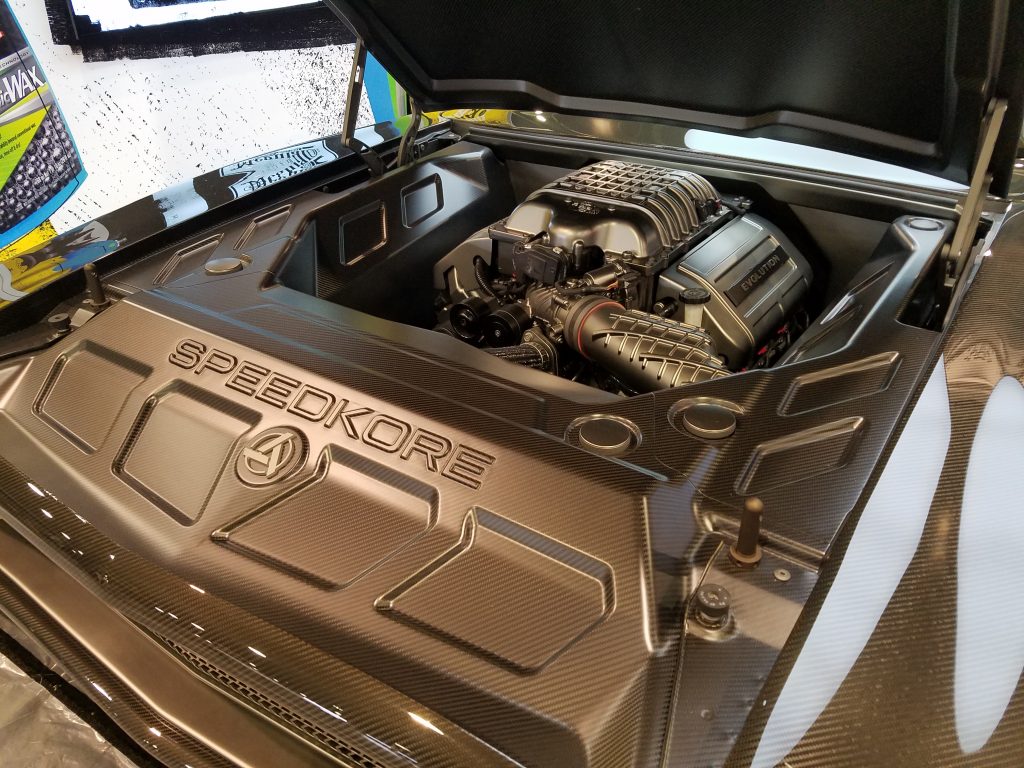 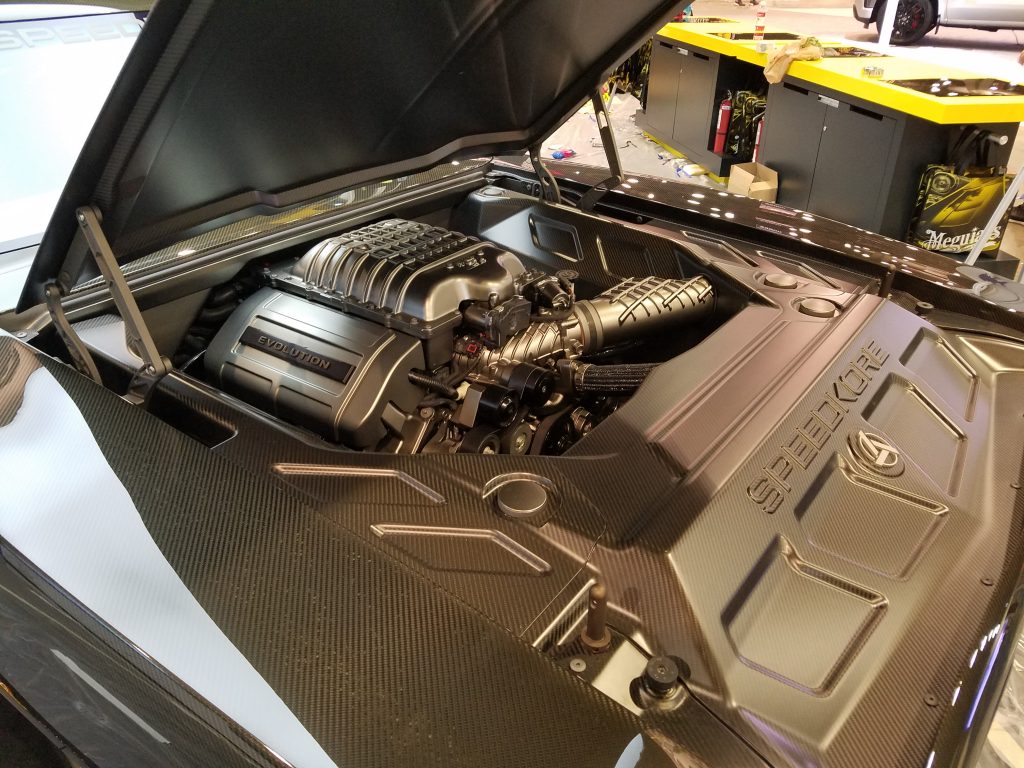 A Tremec 6060 T-56 transmission was put in place to transfer the power, through a triple disc clutch and flywheel from Bad Boyz Garage. Out back, a 9″ Ford rear end with a 3.70:1 gear set was used. Strange Engineering supplied the nodular iron center section, as well as the 35 spline axles.

THE CHARGER GETS FRAMED

No longer a unibody, a custom 2″x3″ square tube frame was designed and fabbed in-house. The new frame required a custom aluminum floor, which ties into an aluminum firewall. Underneath, custom floor pans hug the stainless exhaust, which is tucks tightly inside the center well. In a clever move to lose weight and gain strength, the transmission tunnel became a vital structural member. It is a CNC machined and formed unit that resembles a spine that runs through the center of the car. The transmission mount, along with the inboard seat brackets and other items, secure to the tunnel. 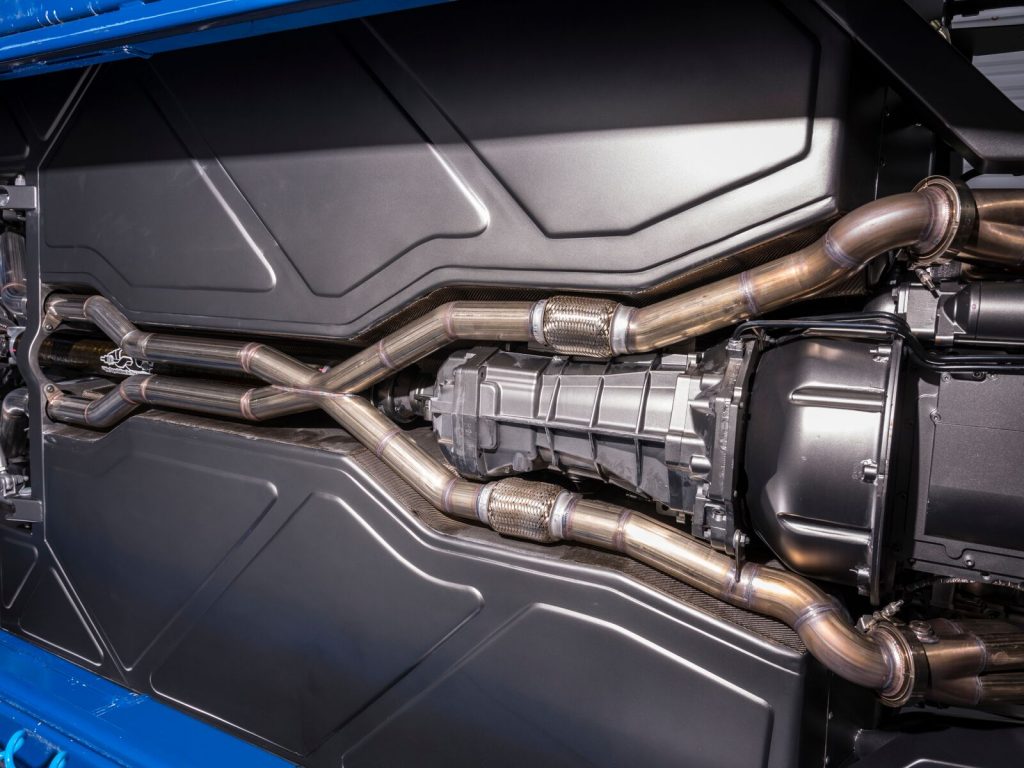 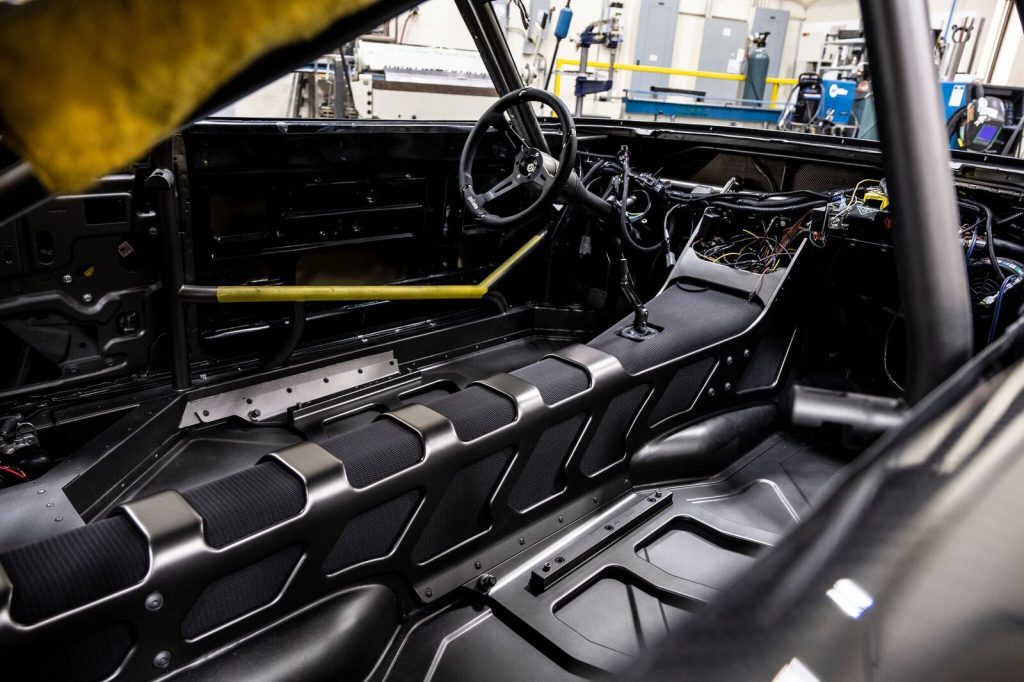 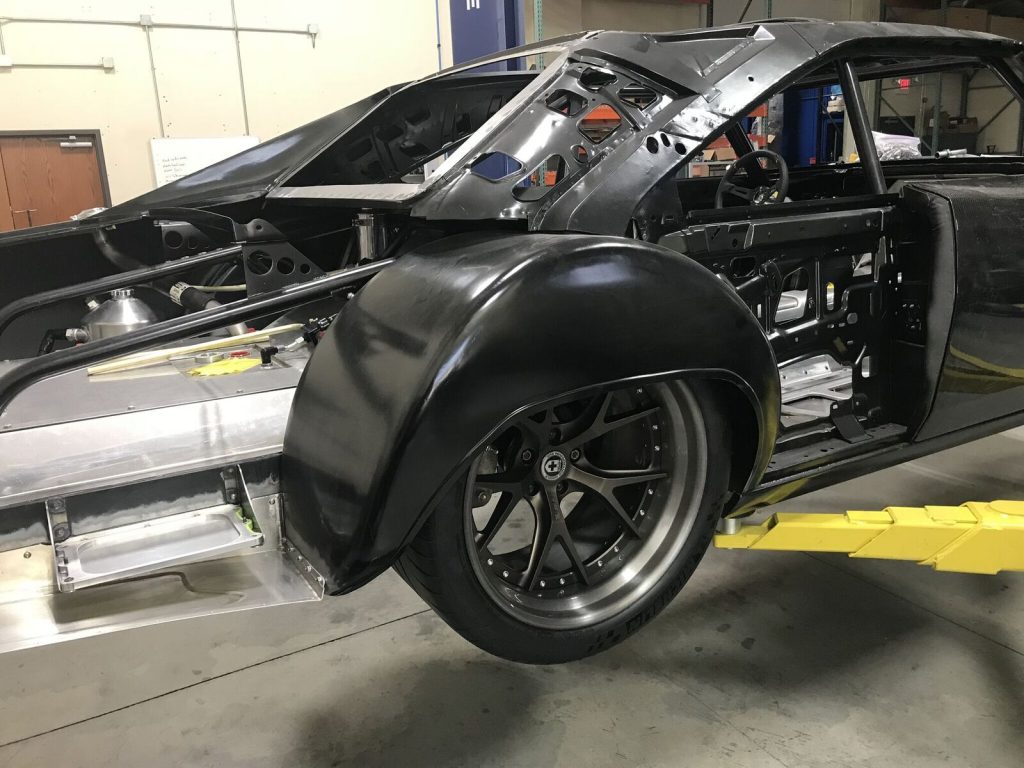 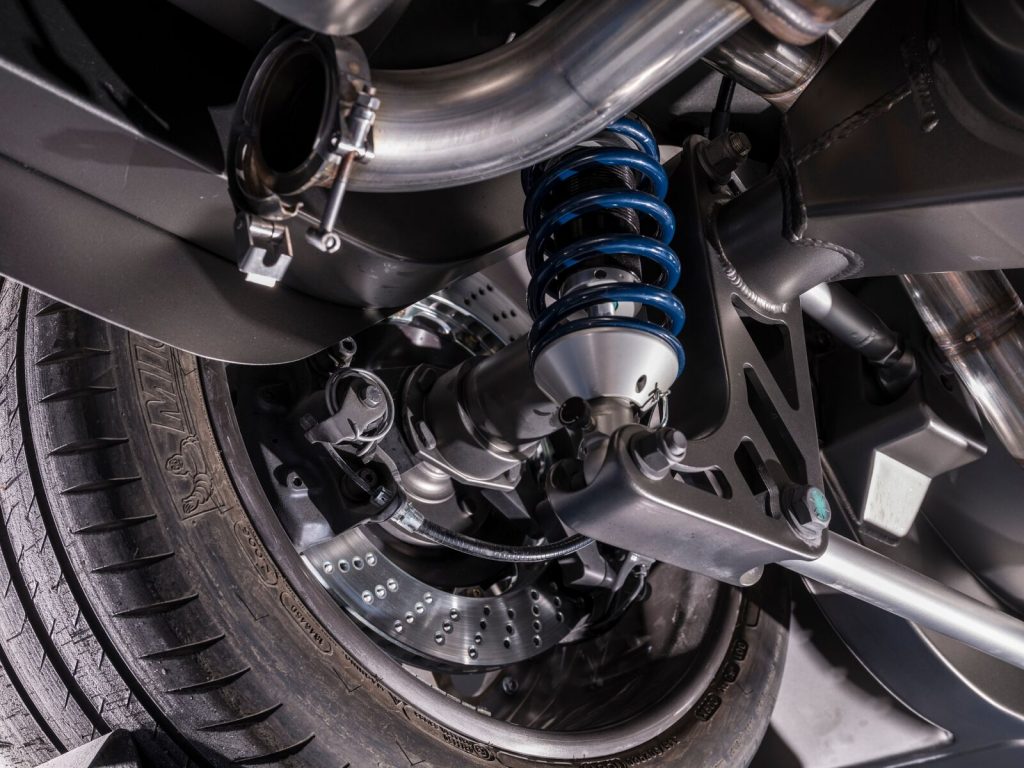 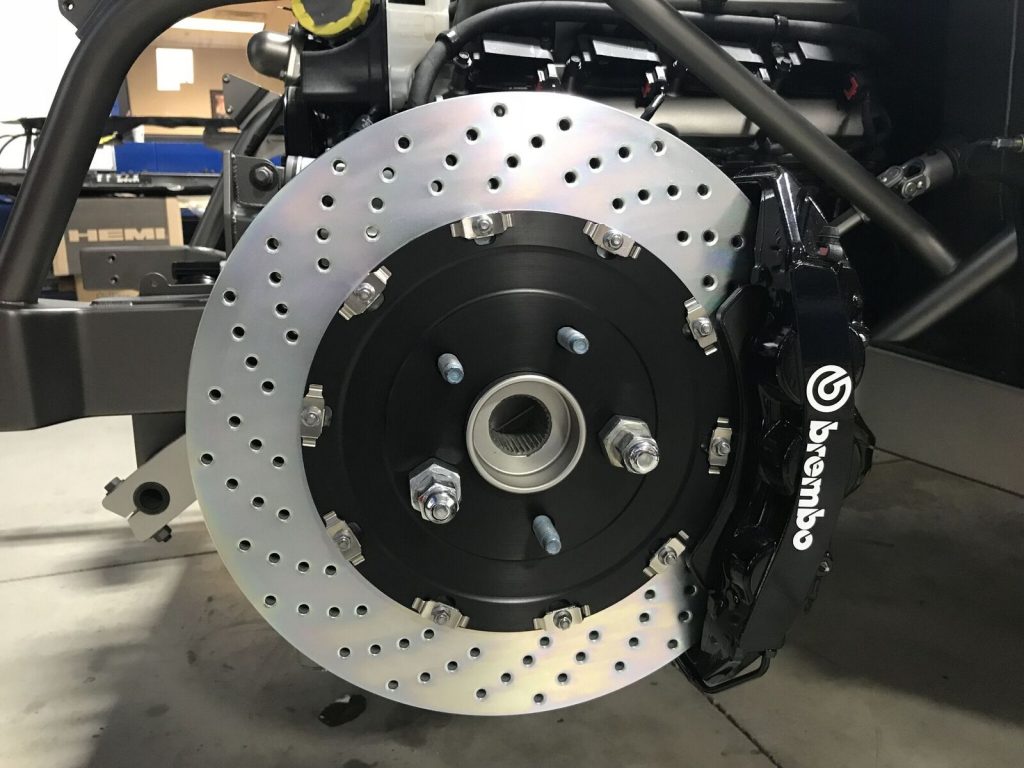 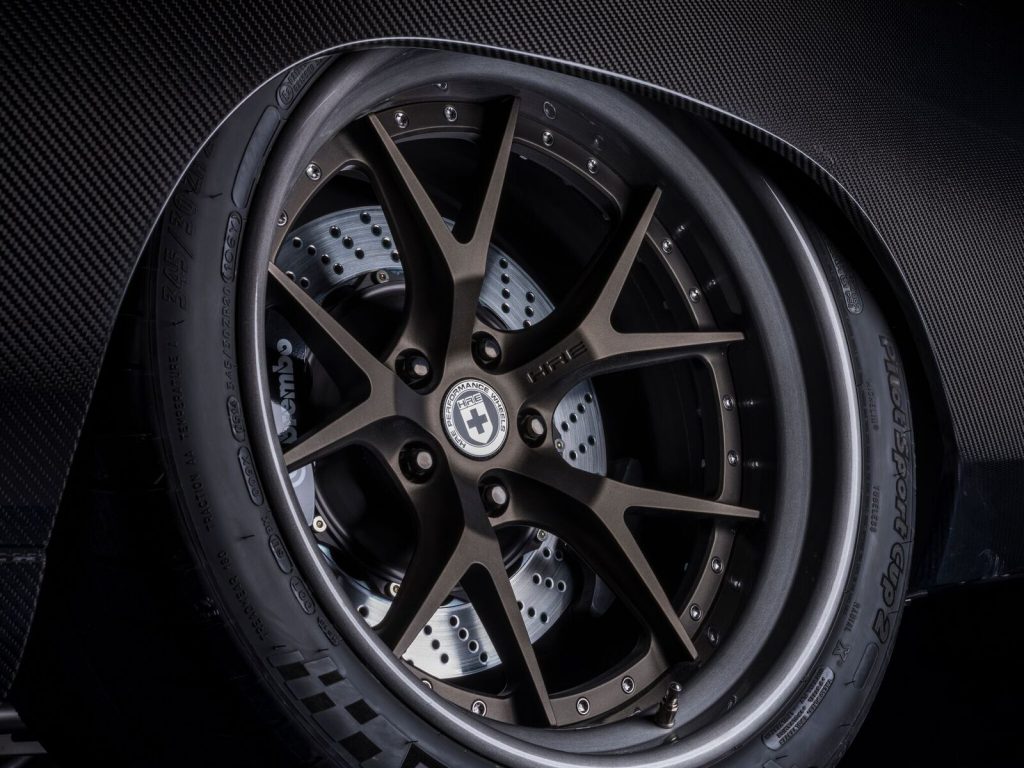 PLENTY OF FIBER IN THIS DIET

Speedkore is known for producing some of the best carbon fiber body parts in the industry. For their own project, they went all out. The carbon fiber stretches from front to back, with new fenders, inner and outer doors, rear quarter panels, roof, and hood. Smaller parts get the treatment as well, such as the inner fenders, front and rear bumpers, front and rear valances, deck lid, and marker delete panels. The entire grille is made of billet aluminum, along with the door handles and fuel cap.

When you look at the body, you can’t help but notice how well everything fits. The gaps are right, the transitions are even, and the panels arrow-straight. But there’s one design element that will stop you in your tracks when you notice it.  Every weave of the carbon fiber lines up with the adjacent panel or part. One cannot even imagine the effort it took to achieve that. 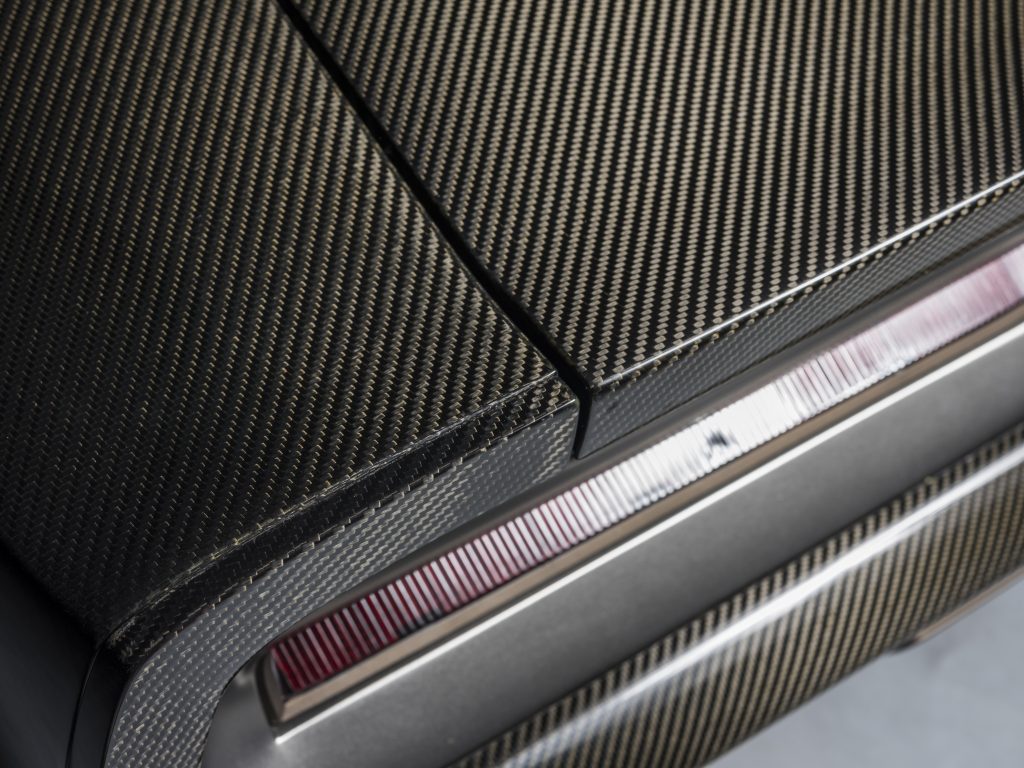 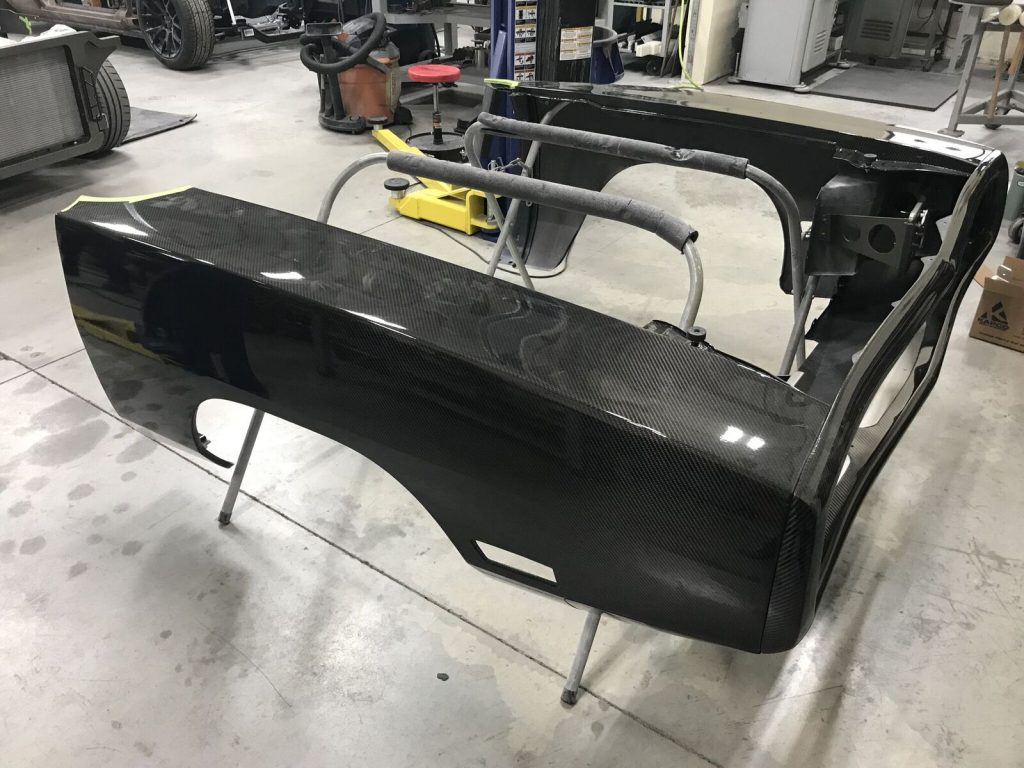 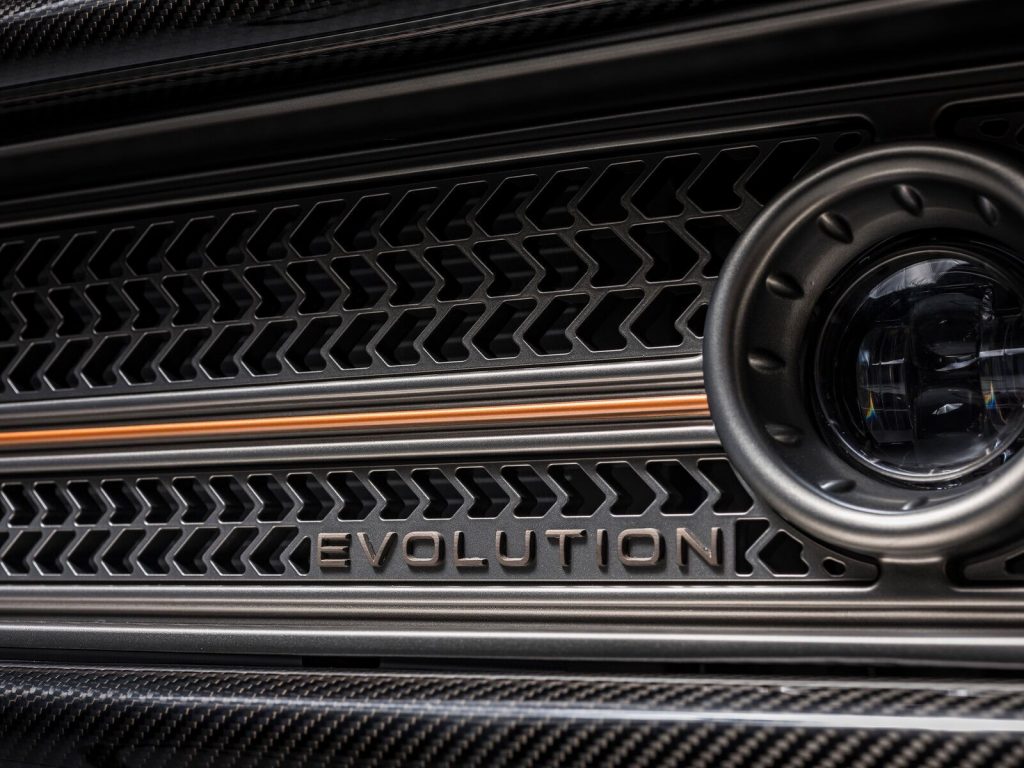 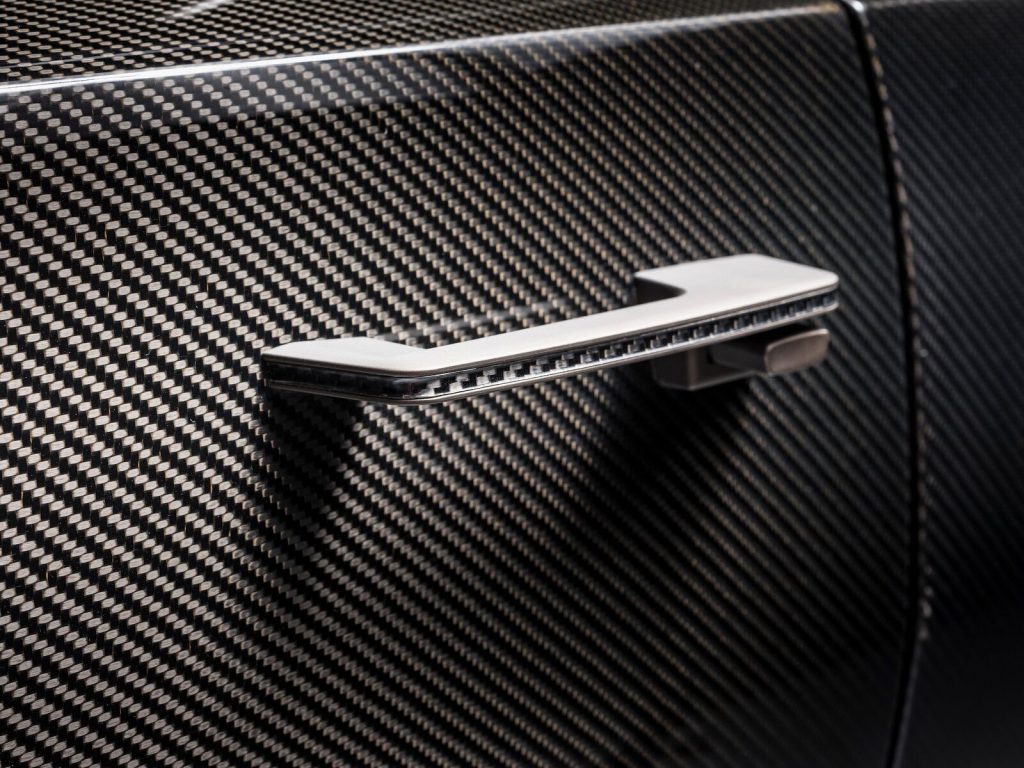 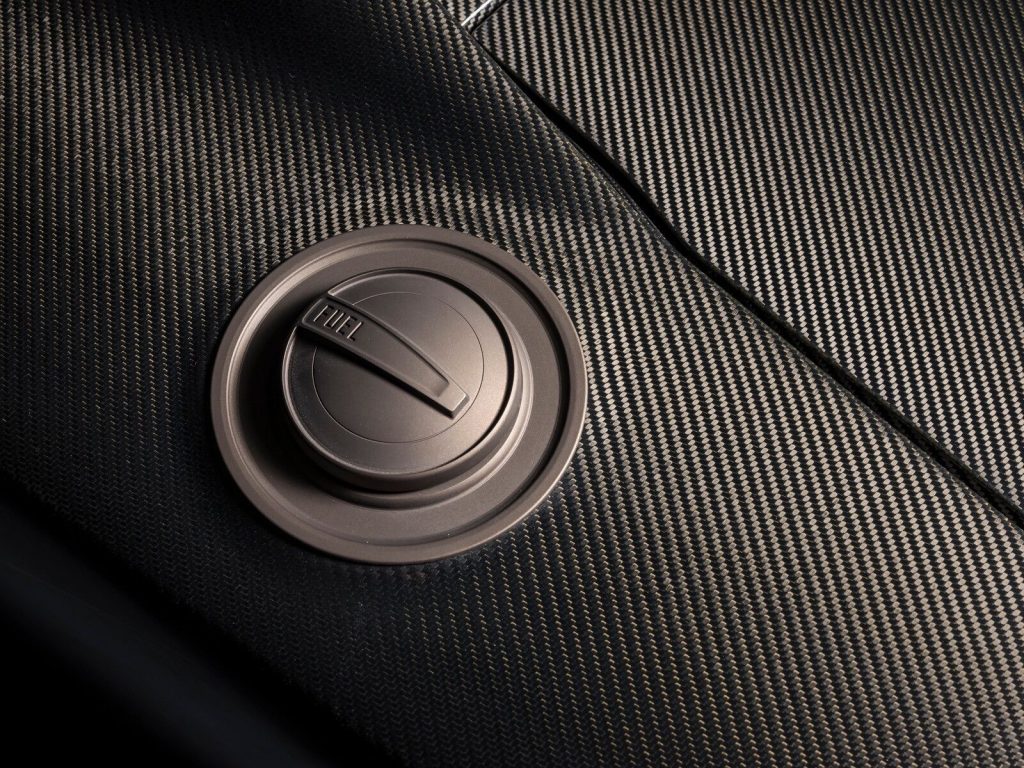 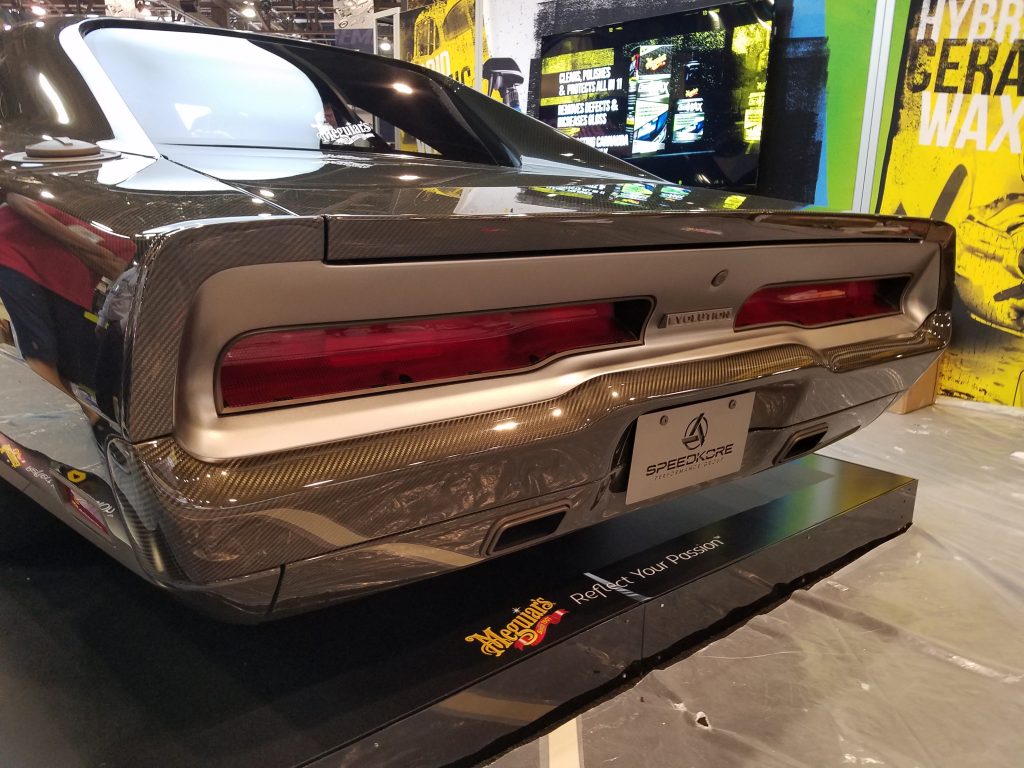 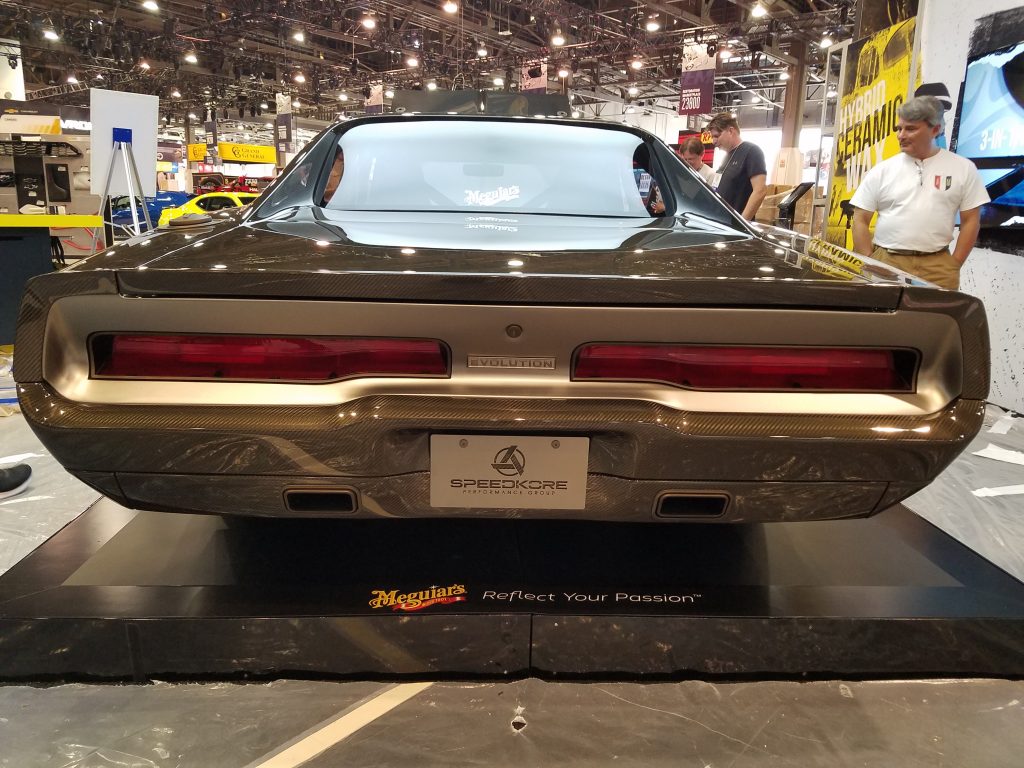 Not to be outdone, the interior is equally as custom. The Speedkore team custom fabbed the dashboard, center console, steering column, gauge bezel, shift bezel, pedal assembly, and pedal covers. As expected, the door panels are made of carbon fiber with a custom door pull. A 14 point rollcage snakes through the car without overpowering anything.

The upholstery was expertly done by Gabe’s Custom Interiors in San Bernardino, California. The leather is dyed in a cigar brown color that compliments the exterior color of the car. There is nice blend of carbon fiber, leather, and aluminum components all throughout the interior. The matte finish used on the painted surfaces gives the car a very understated, yet almost elegant appearance. There’s no fluff on this car.  It’s all business. 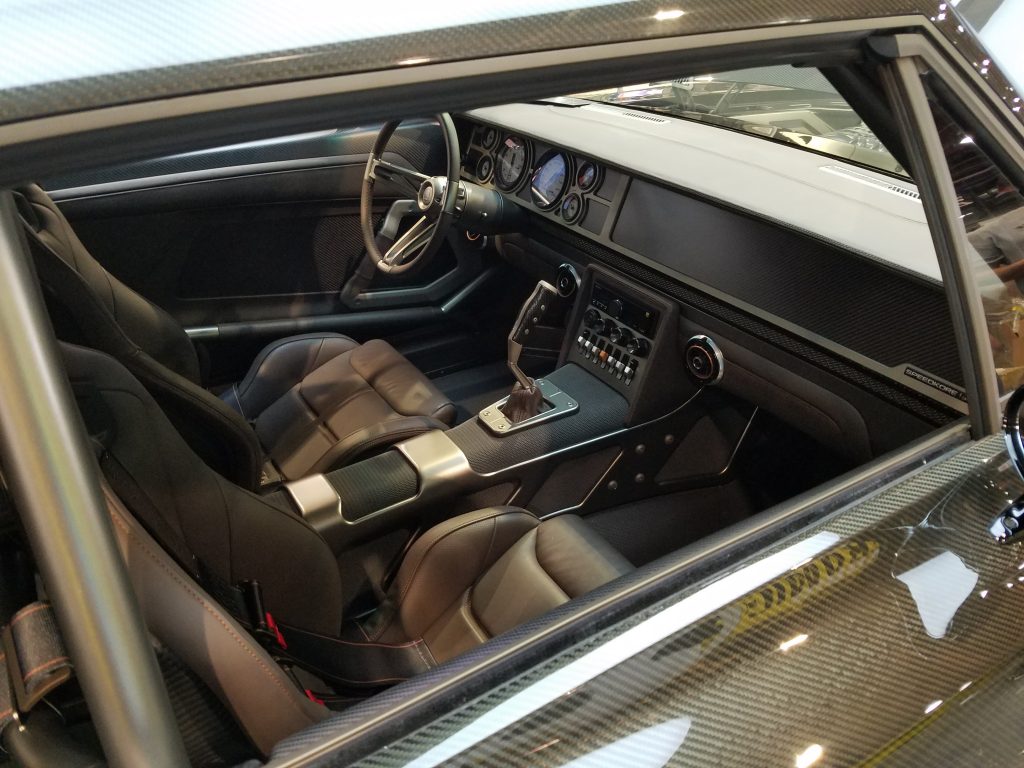 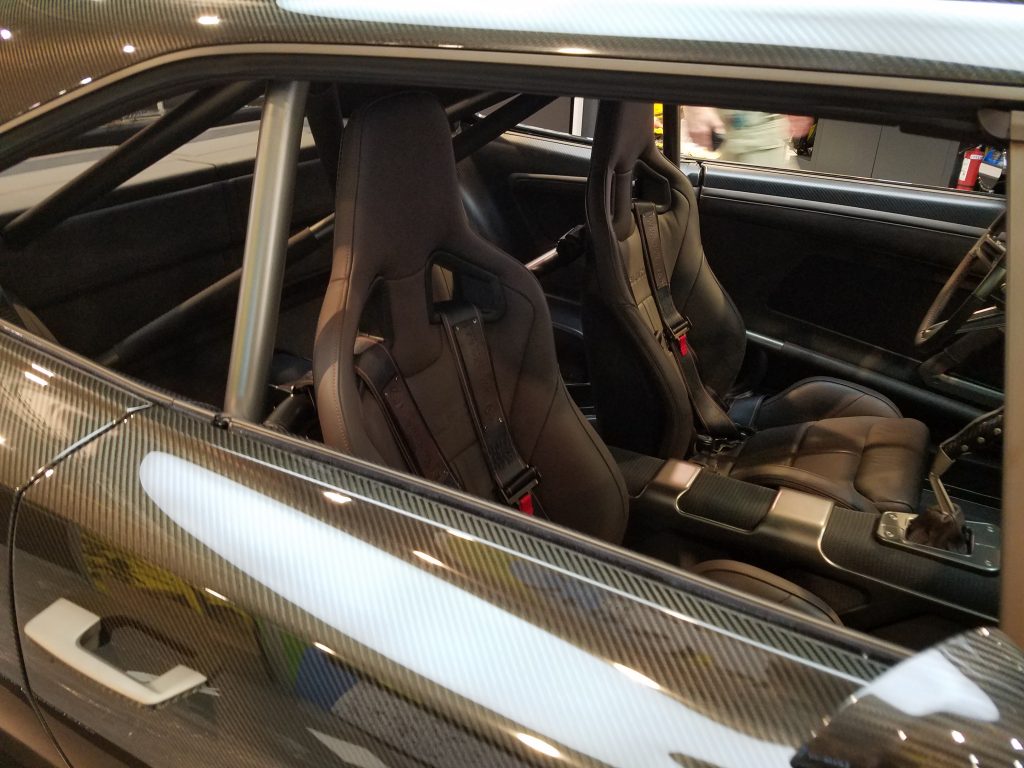 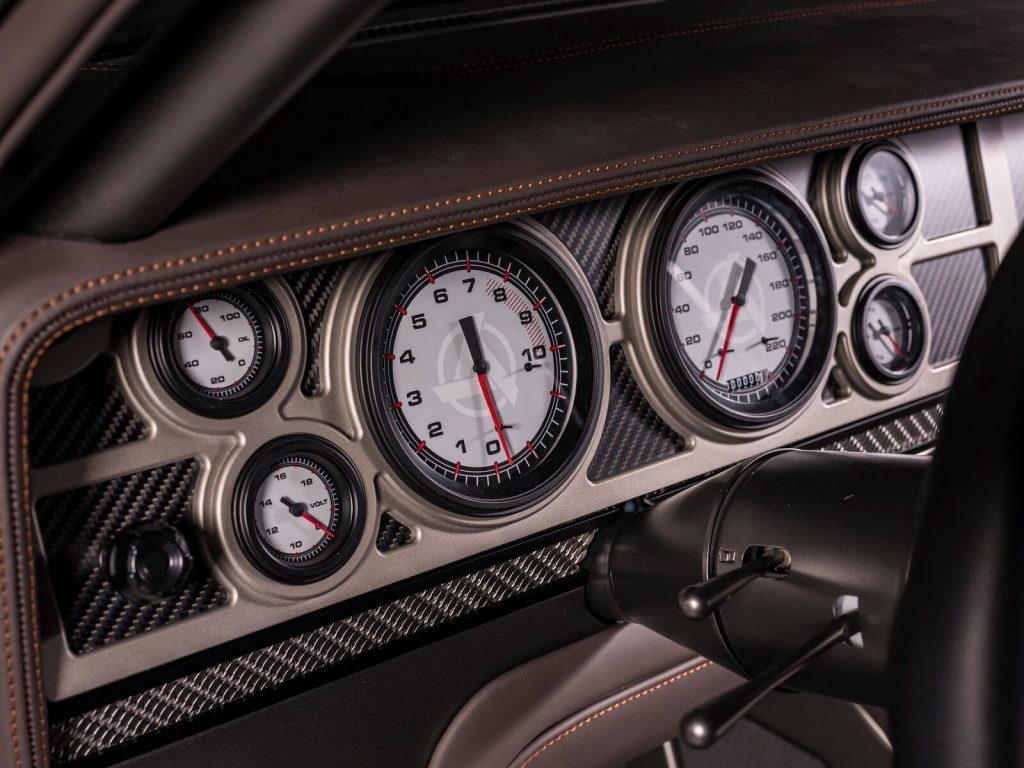 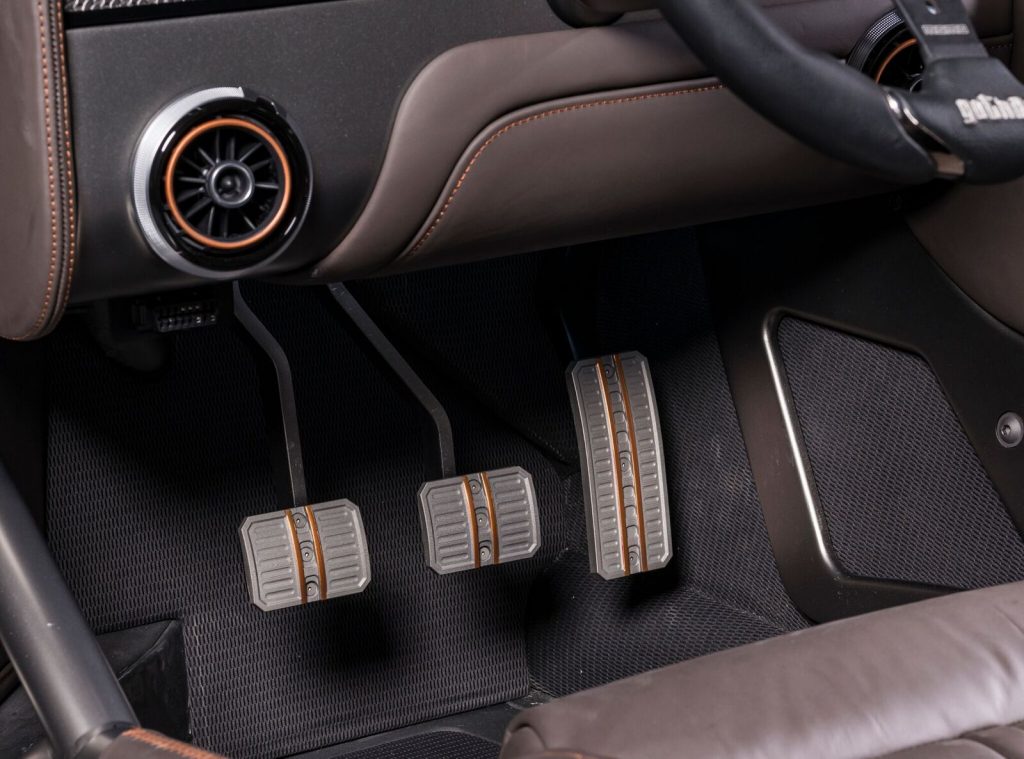 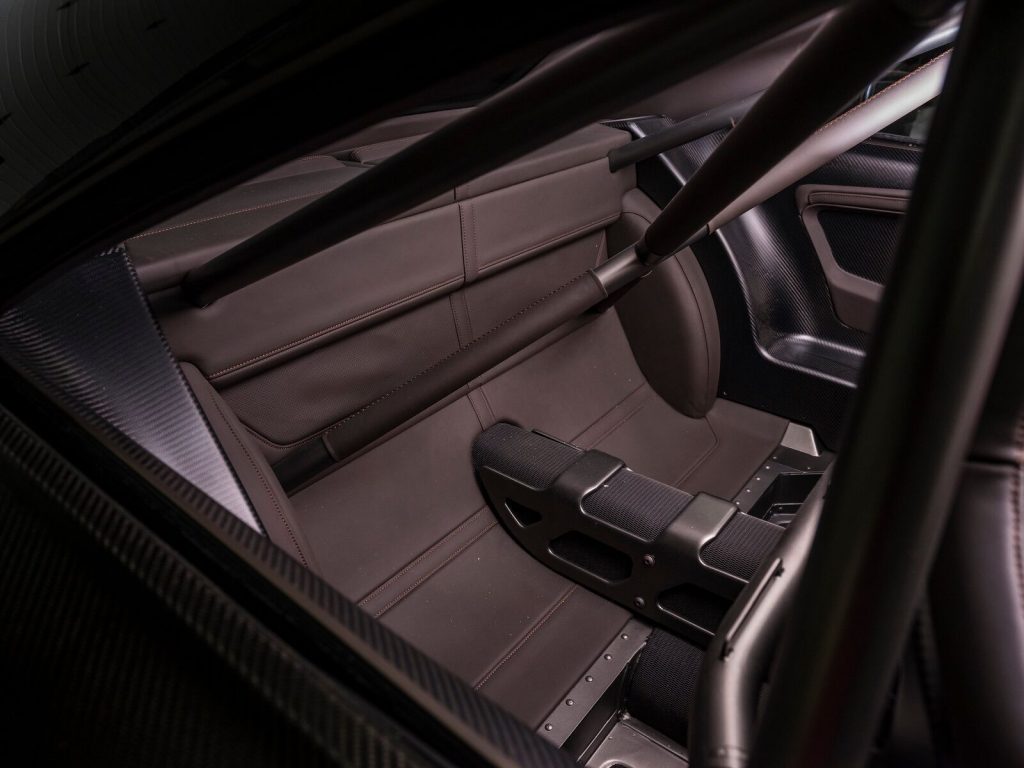 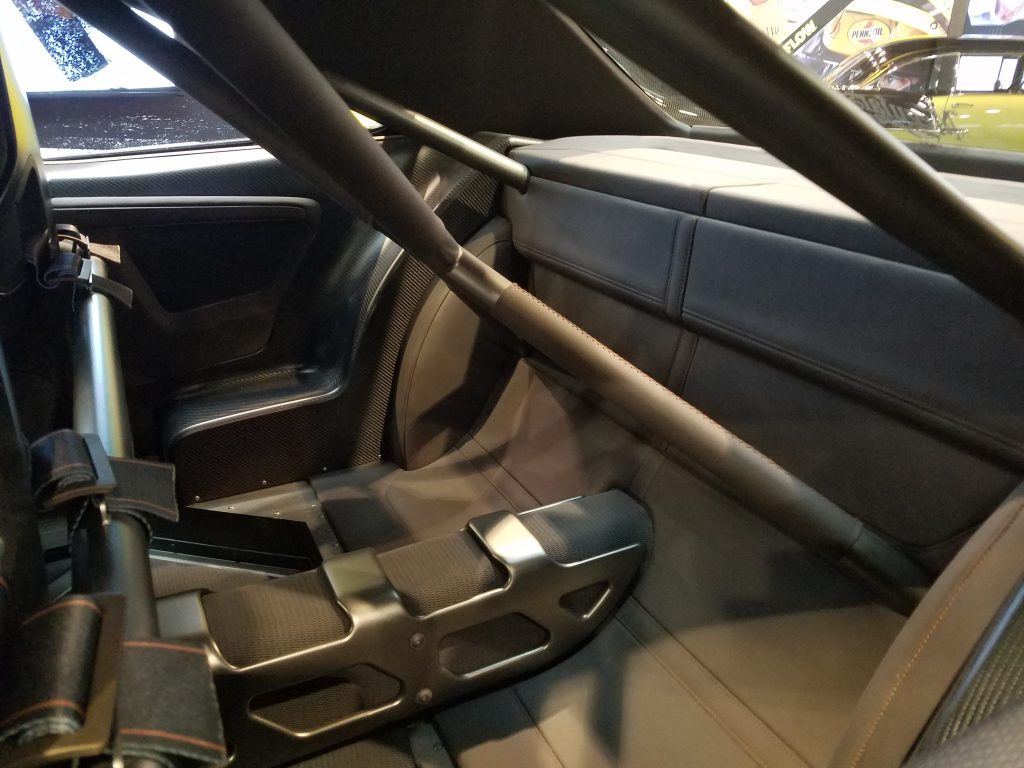 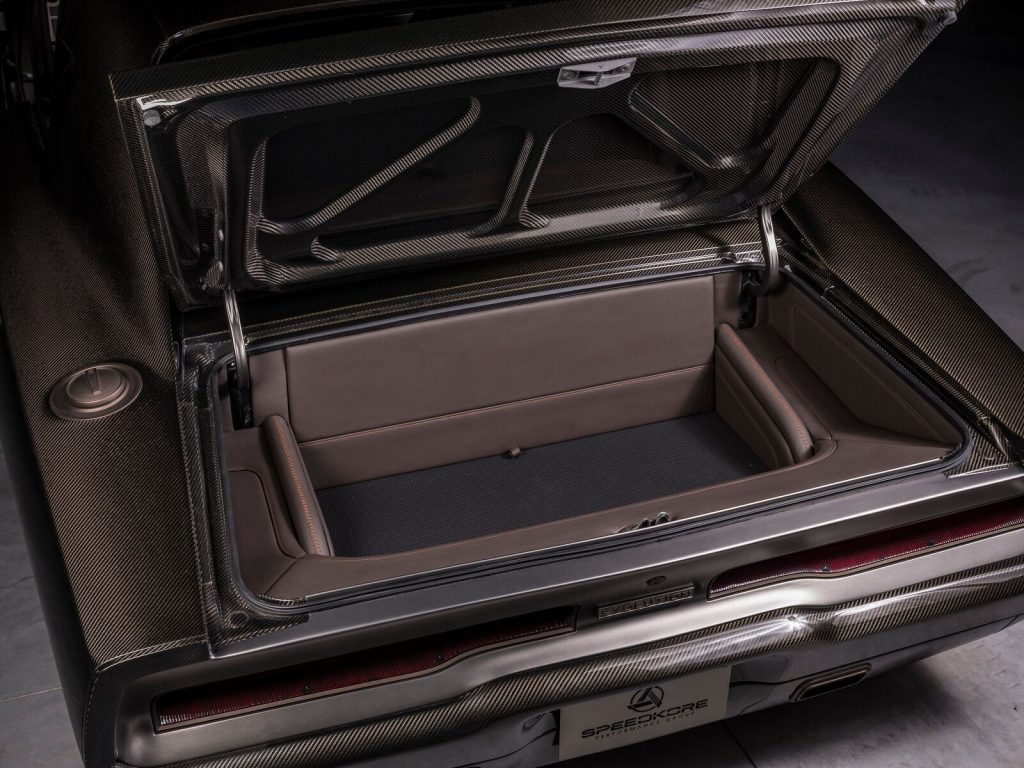 RAISING THE BAR, CHANGING THE GAME

Once again, the Speedkore team has raised the bar. The Evolution Charger is an incredible machine that employs cutting-edge technologies and high-end materials. The attention to detail and pride in craftsmanship is evident in every part of this car. Jim Kacmarcik, Dave Salvaggio, and the entire Speedkore team have done an incredible job on this car.

The term “Evolution” is defined as “a process of constant change in a certain direction to a higher or more complex state.” That definition accurately describes the theme of their 1970 Charger. It also perfectly defines the future direction of the Speedkore Performance Group. 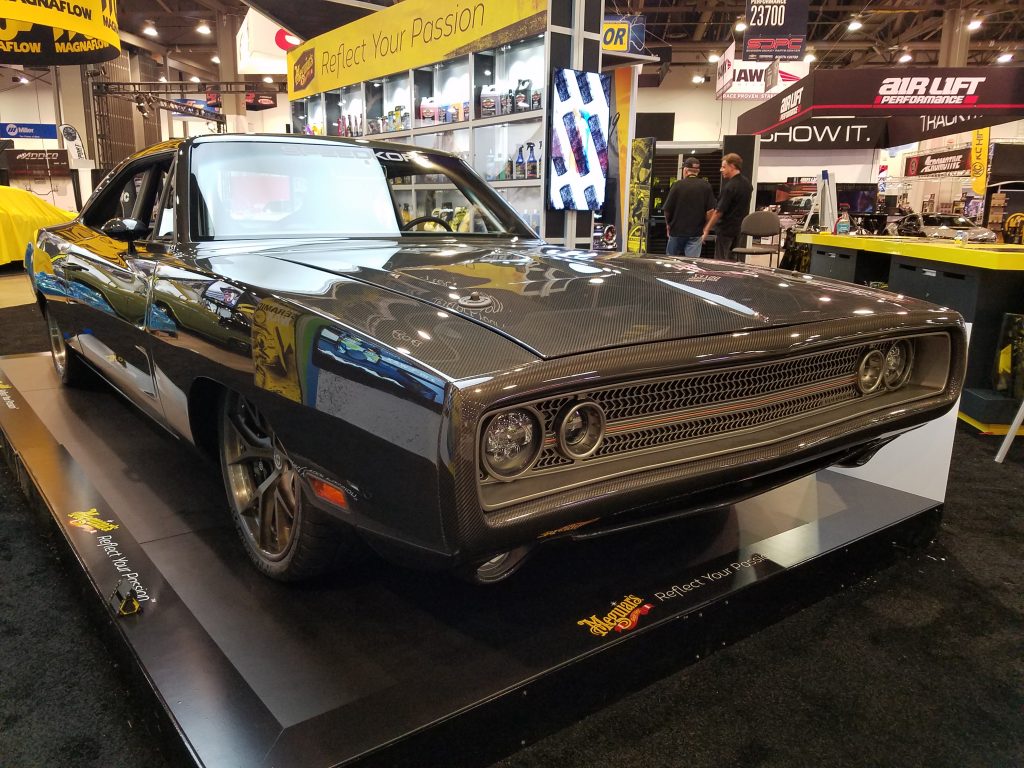 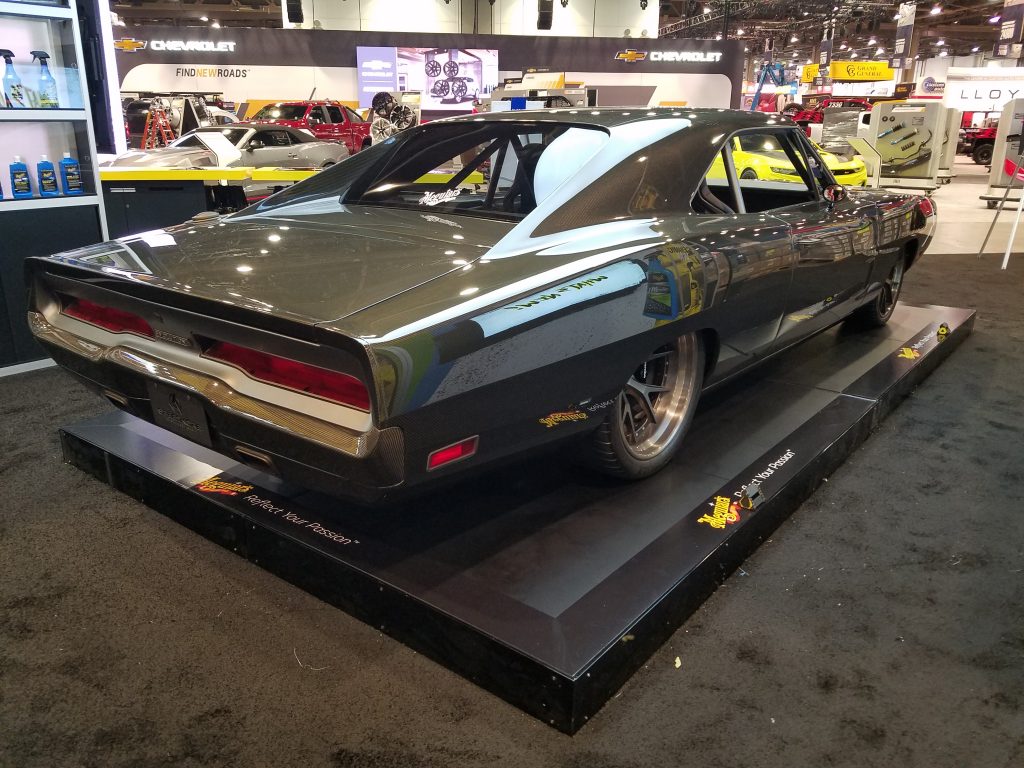