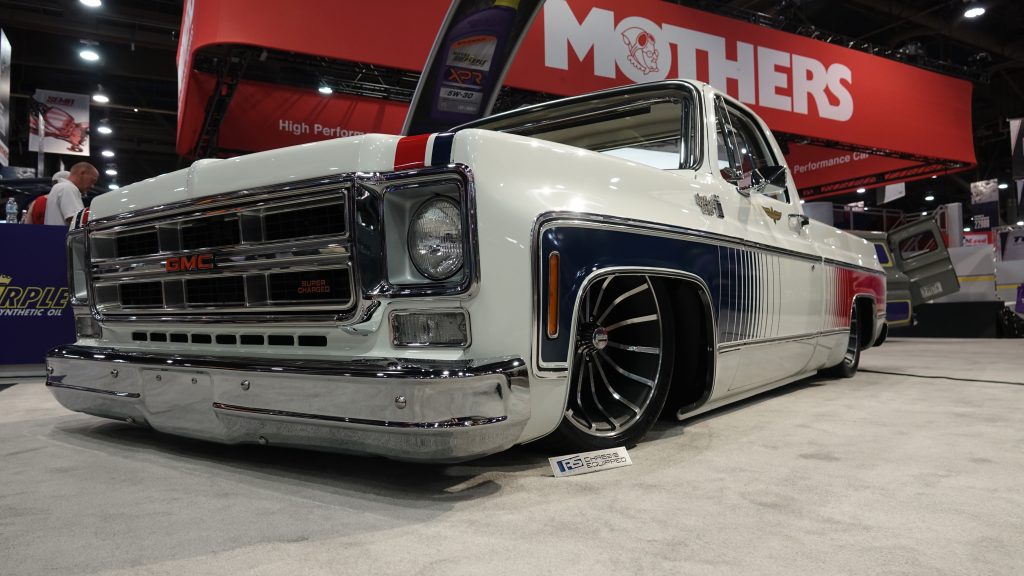 If you’re into the Chevy C-10 scene, then the name Joe Yezzi may not only be familiar to you, but pack quite a punch. He’s the man behind Squarebody Syndicate, and some truly memorable builds over the years. His last trek to the SEMA Show culminated with a GM Design Award. Oh, and being one of the Top Five Chevy vehicles at the show. Syndicate Series 01, as it was known, also grabbed Street Trucks Magazine’s coveted Truck of the Year in 2016.

Dig the 20-inch Vector-style wheels with crinkle finish detail. Add to that some healthy sidewall, and the look is dead-nuts on. 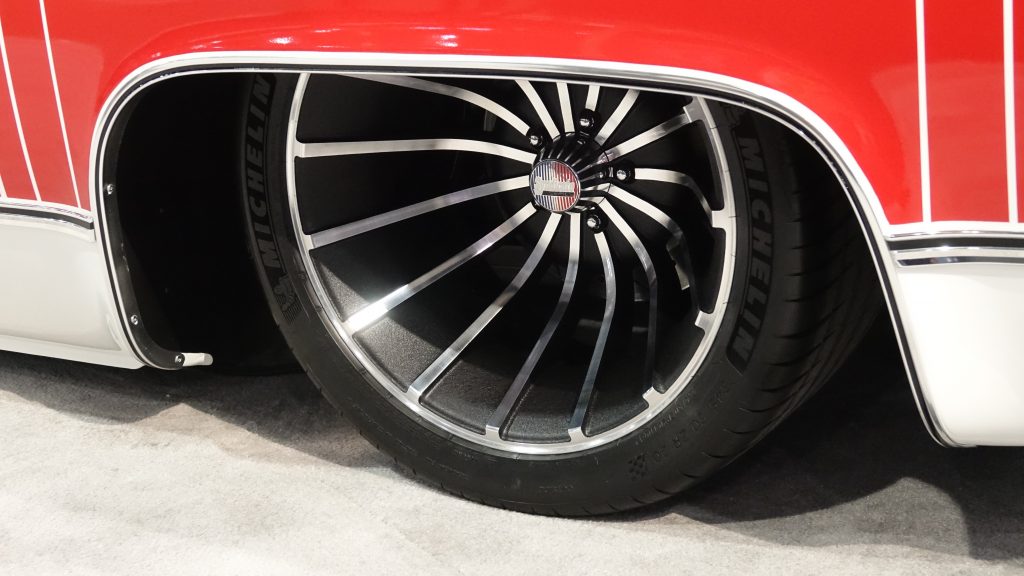 The truck packed all of the trademark Yezzi-style touches. A meticulous restoration punctuated with a number of subtle enhancements, it was surgical clean, and embodied the contemporary slammed look. A hallmark touch is Joe’s reverence to history, but with a unique approach. Driveable, show-able trucks that push the envelope with a velvet glove. While his prior builds have had a restrained appearance, all bets are off this go-round with Syndicate Series 02. 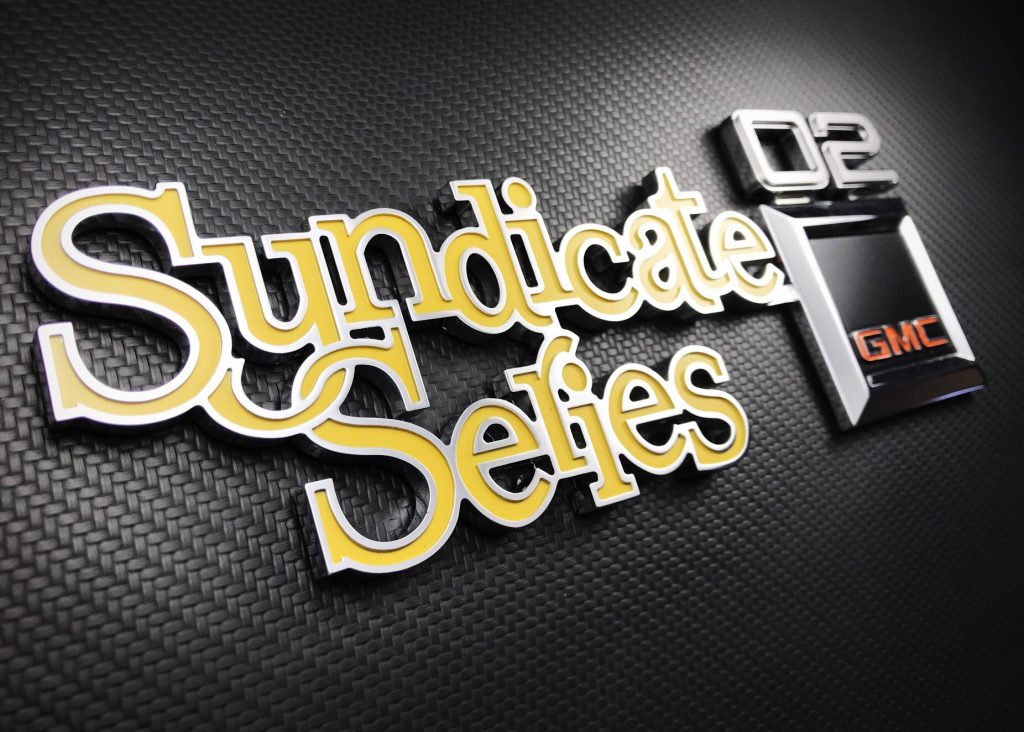 Built by Squarebody Syndicate and Hubcaps HotRod and Custom, this study in restrained madness will be unveiled in the redesigned Royal Purple booth (#23061) at the 2018 SEMA Show on Tuesday, October 30 at 10:00am. Chances are that you’re reading this as the cover comes off of the truck, and former podcast guest and reveal emcee Tim Strange gives the first public walk-around. We’re heading deeper into the build than anyone else covering the show right now. It’s all a part of The Round Six Podcast bringing you the 2018 SEMA Show like you’ve never seen it before. 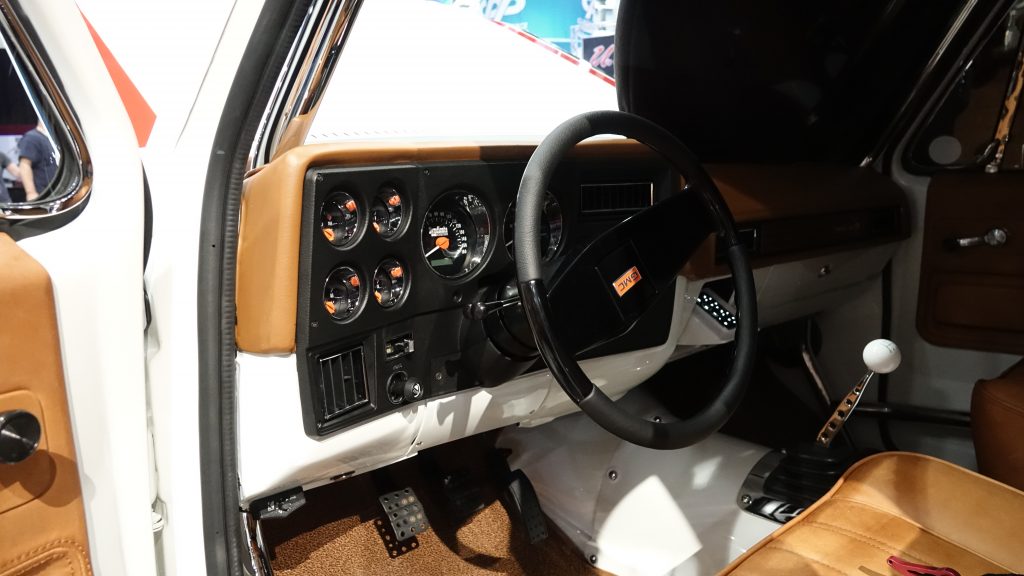 A BIT OF HISTORICAL REFERENCE AND REVERENCE 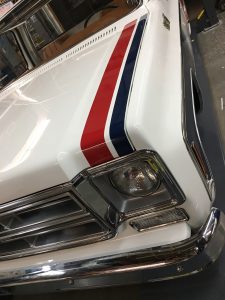 In 1975 GM provided a number of the pickups trucks to support the race staff throughout the event. Three of these trucks in particular wore a distinctive red, white and blue Indianapolis 500 livery. And one participated in the pre-race parade around the circuit. That truck was awarded by the Saginaw Steering Gear Division of General Motors to the winning teams Chief Mechanic, Wayne Leary, who supported Bobby Unser throughout his illustrious career. After multiple owners, Squarebody Syndicate was able to acquire the truck this year.

The 1975 GM Indy promo truck was used as a model so that the team at Squarebody Syndicate could accurately recreate the truck with another body and frame. They chose not to modify the original truck so that future generations could appreciate its historical significance. Staying true to the original version, the tribute truck was painted by Hubcaps with its matching livery using a single stage process. Just as it would have been done by the factory in 1975.

The motor itself was swapped for a custom Pro-Dyno built LS3 crate motor creating a respectable 700 horsepower thanks to a Magnuson supercharger and a healthy supply of Royal Purple oil and additives.

Looking period-perfect in this time-bending machine, the creative use of parts an finishes is simply without fault. It’s a blending of high-tech and classic, and just feels right. We’re way beyond just looks now, kids. This is visceral truck building. 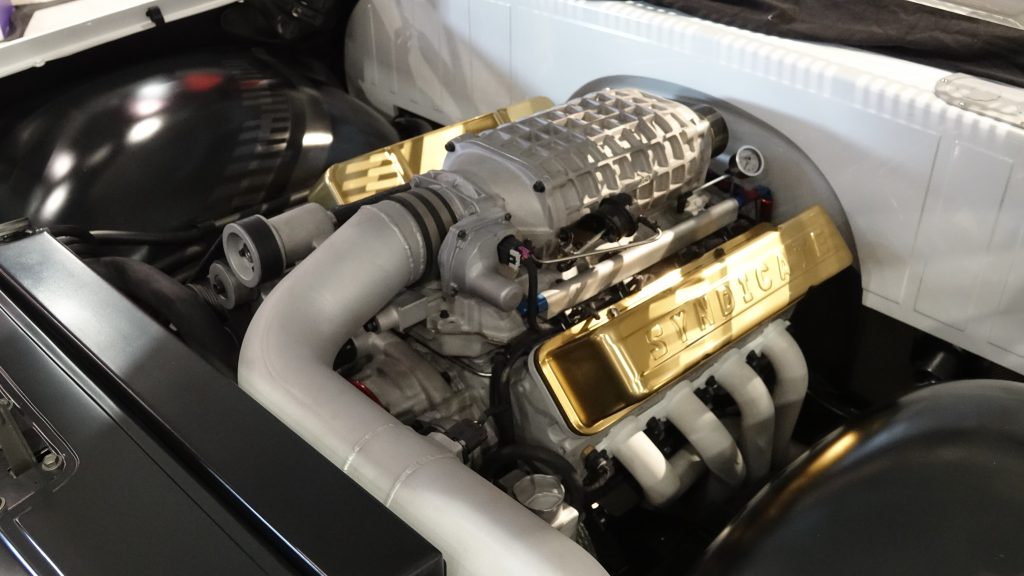 MEANT TO BE DRIVEN

Reliability and functionality were top priorities as Squarebody Syndicate began designing this tribute truck. The truck is meant to be driven. Thanks to its Accuair air suspension system and unique baggage cubbies under the truck bed, it’s the perfect truck for a road trip or road rally. 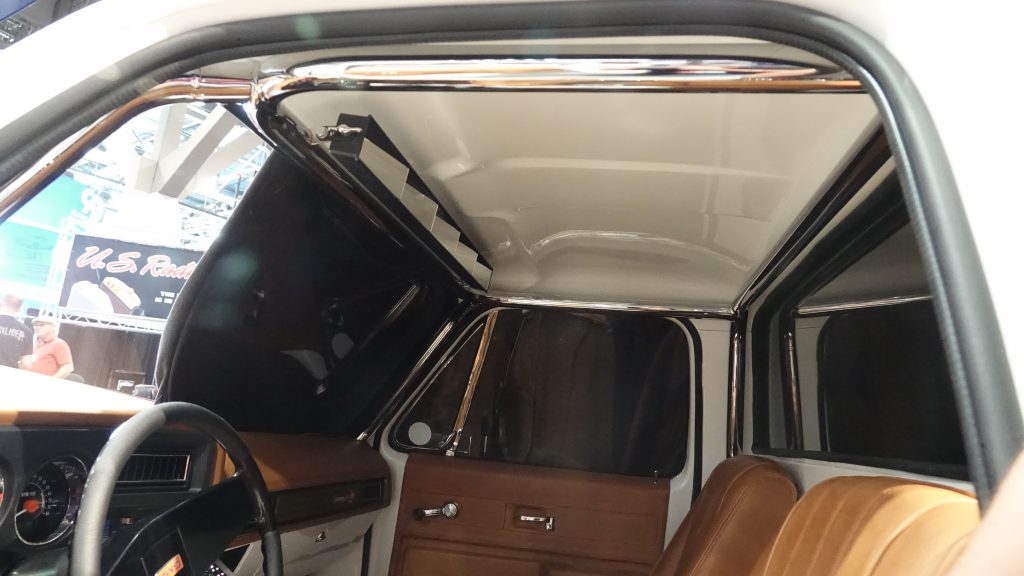 “This tribute truck was designed was designed to be reliable and functional from the ground up,” said Joe. “We built this truck to be driven everywhere, from a trip down the street to the grocery store or a cross-country road trip.” 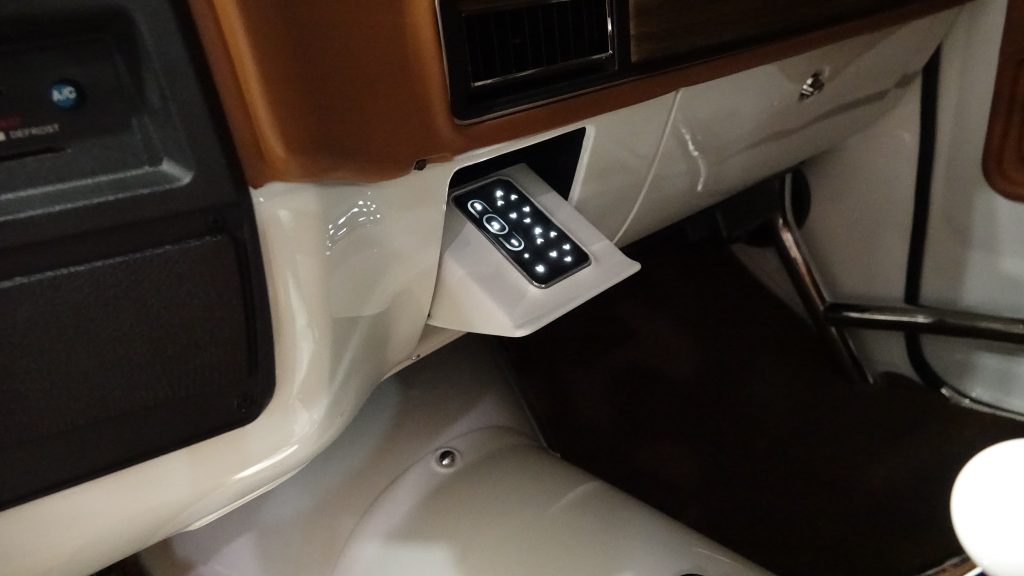 The truck just keeps nailing the little stuff at every turn. Dig on the touring car feel, racy elements, but not-quite spartan feel. There we go again feeling things. But that’s what’s great here: It’s a textural tour de force. It just begs to be used.

“I want people to see this truck out and about so they can ask questions about the original livery. We felt this was a great way to pay homage to the original Indy 500 truck.”

Check out the pockets on the side of the seat bottoms. They’re there to hold your phone. Utilitarian touches are all over this thing. 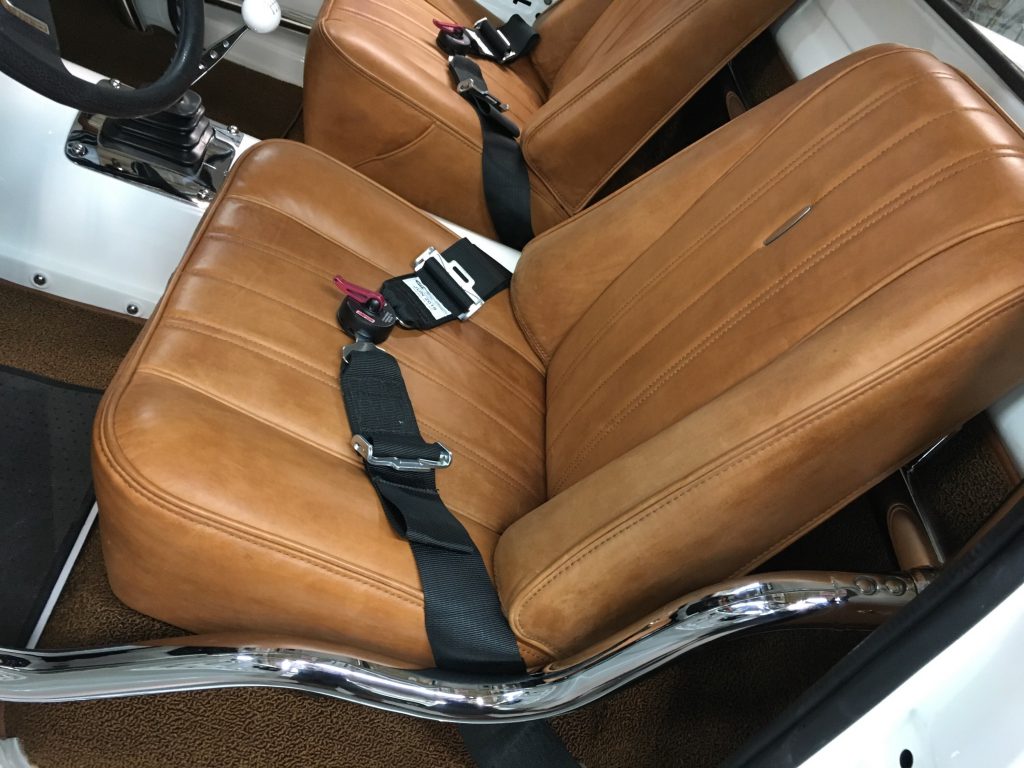 …and should you need to charge your phone while on a spirited drive in this monster, well, there are ports to do just that. Boom. 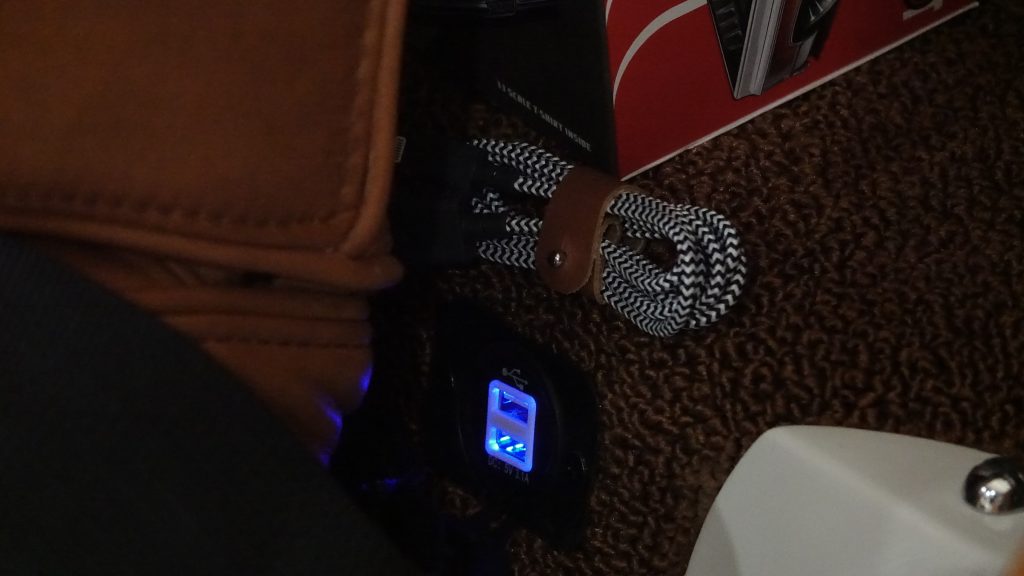 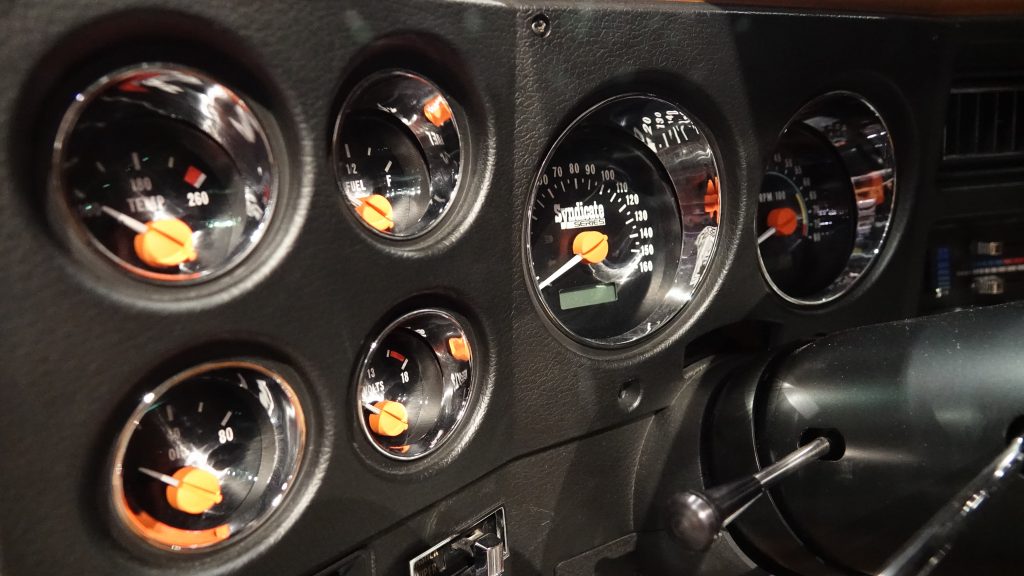 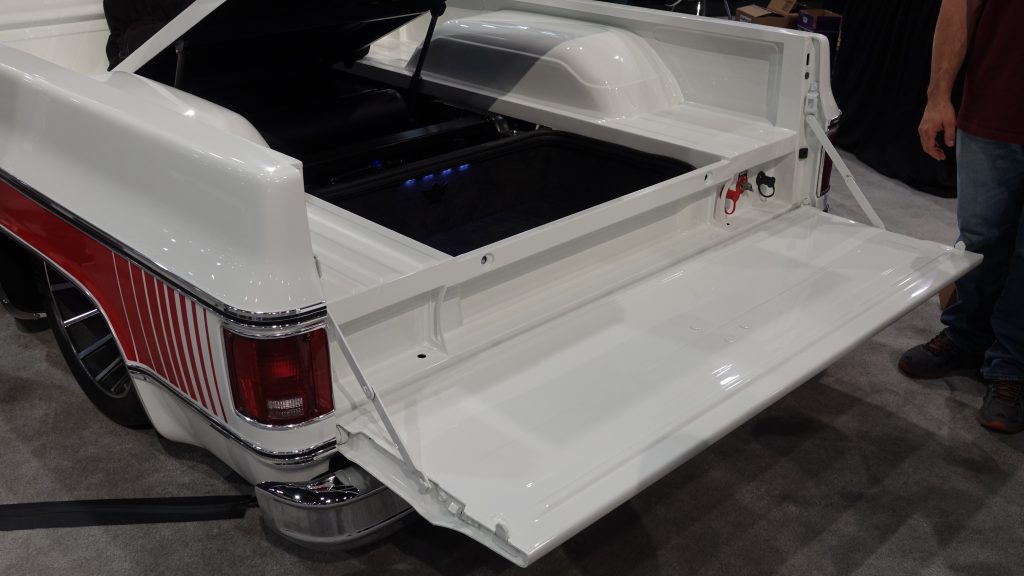 The one-off, multi-piece billet grille has cerakote details, and is simply incredible. Heavy, but incredible. And the fit will knock your socks off. Speaking of socks, they have those in the Royal Purple booth, should you be unable to find yours following the grand unveiling. 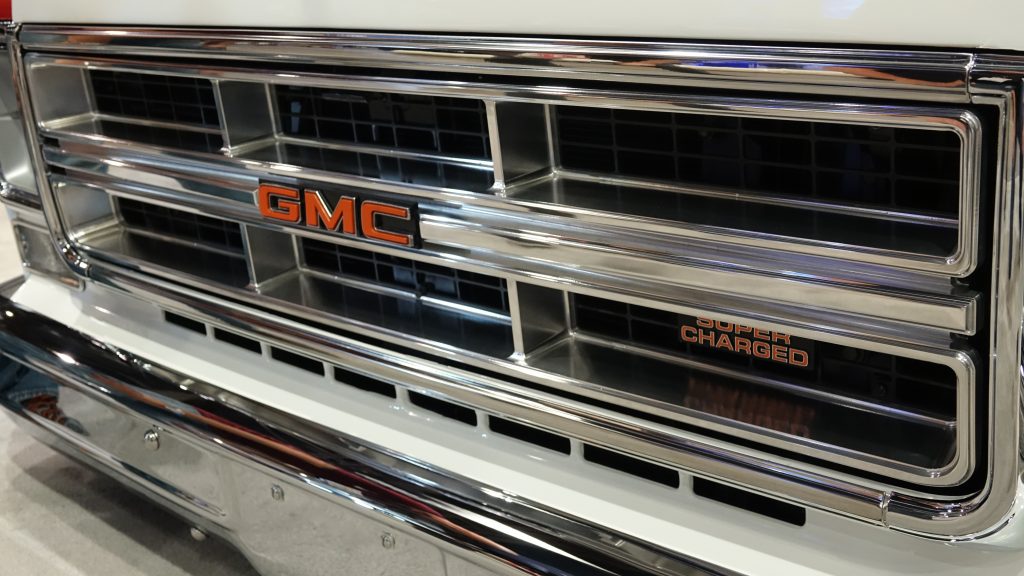 As promised, here’s a look beneath the cover and the paint! A ton of work, and some very slick touches make this a stand-out on a higher level.

A big part o this debut is the VIP reveal for the truck. I was fortunate to play a part in this. I developed and illustrated the goodie boxes given to supporting members of the build team. Modeled (they write themselves, kids) after the great scale model car boxes we’d all drool over at the hobby shop during our formative hot rodding years, these are true to the build. From the over art to the featured parts panels, every detail is in place. 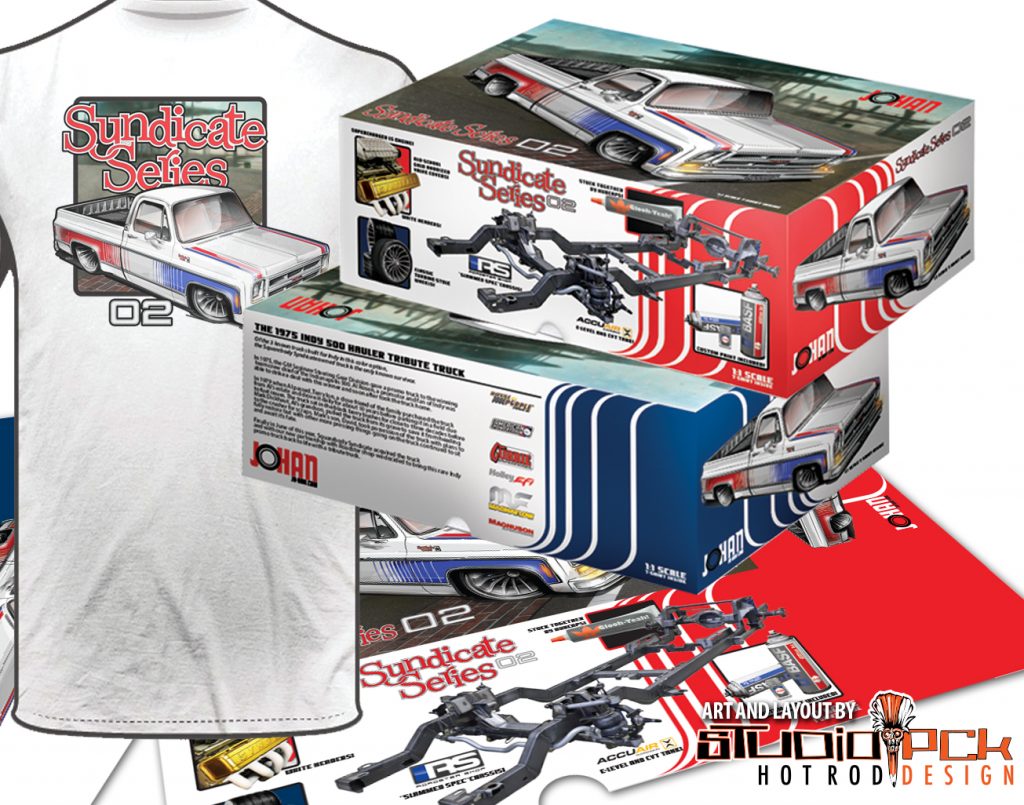 Inside of each box is a t-shirt (which I was given the opportunity to create as well). These were created to match the cover art. It’s a unique package. Joe will be offering a limited amount of these over on his website at SquarebodySyndicate.com

Live from the SEMA Show floor and the Royal Purple booth in Hot Rod Alley, Tim Strange hosts the truck’s grand debut, brought to you by the Round Six Gearheads. Enjoy!

Be sure to subscribe to the Round Six YouTube channel for more videos like this and many, many more behind-the-scenes and exclusive looks at projects and more, only from the guys at the Round Six Podcast.

The Round Six boys watch the unveiling of the 1976 Indy Edition Square Body built by Joe Yezzi and a bunch of great helpers. Bunch of seriously talented guys and a really cool truck that we had the honor of being part of it’s unveiling. Thank you Royal Purple for sharing this with the world!