Victoria Roadster? Say what? To car guys, that’s a contradiction in terms. To me, it’s the roadster that my good buddy Bob and I built for my wife, Victoria.

I’m like most of you. If I come across a good deal on something that I don’t need, I’ll buy it just in case. Just in case of what, you ask? If you’re a hot rodder, you already know why. 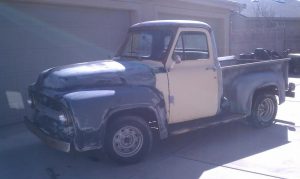 Roughly 10 years ago, I found a 1955 Ford F-100 on Craigslist. It looked pretty rough but the 390 engine ran, the power steering worked, and the Cruise-O-Matic transmission shifted smoothly. But stopping was another story. The truck was cheap, but had the dreaded words in the ad “No Title.” As I’ve been through the “no title” thing before, I knew how to legally obtain one from my state, so I was prepared. I went to look at it, and shot the seller a price and drove it home. I fixed little things here and there, even did some body work on one fender, and drove it around town for a bit. It looked rough, but the more I inspected it, the more I realized this truck was straight and solid. It was a keeper.
But the operative word was, well, “was.”

A year or so later, a friend called to ask if I was interested in a steel 1927 Model T roadster on a Model A chassis. Being 6′ 1″, a Model T had never really been on my list of cars to build. But the price was so cheap that I brought it home.

A few months later, a 283 small block was pulled out of a friend’s ’57 Chevy Bel Air. It had an old Offenhauser tri-power intake with three Rochester carbs. It was a complete, running engine with a points distributor and generator, plus a PowerGlide transmission. There’s only one problem- I neglected to tell my wife that I was buying the engine. As I recall (honestly!), I tried to call her repeatedly before I pulled the trigger. She doesn’t mind, but as a couple, we always bounce these things off of each other. As such, she “laid claim” to my unapproved engine purchase. You’d have to know her to understand. She’s sweet and fun, and this was her way of nicely reminding me that I should have let her know. This was now her engine.

Since the roadster was already in the garage and it had an open engine bay, what better place to store the 283 and ‘Glide than in the frame, right? Suddenly, the engine and the roadster became Victoria’s. I’m still not sure how that happened, but is there anything better than a beautiful girl who loves roadsters? 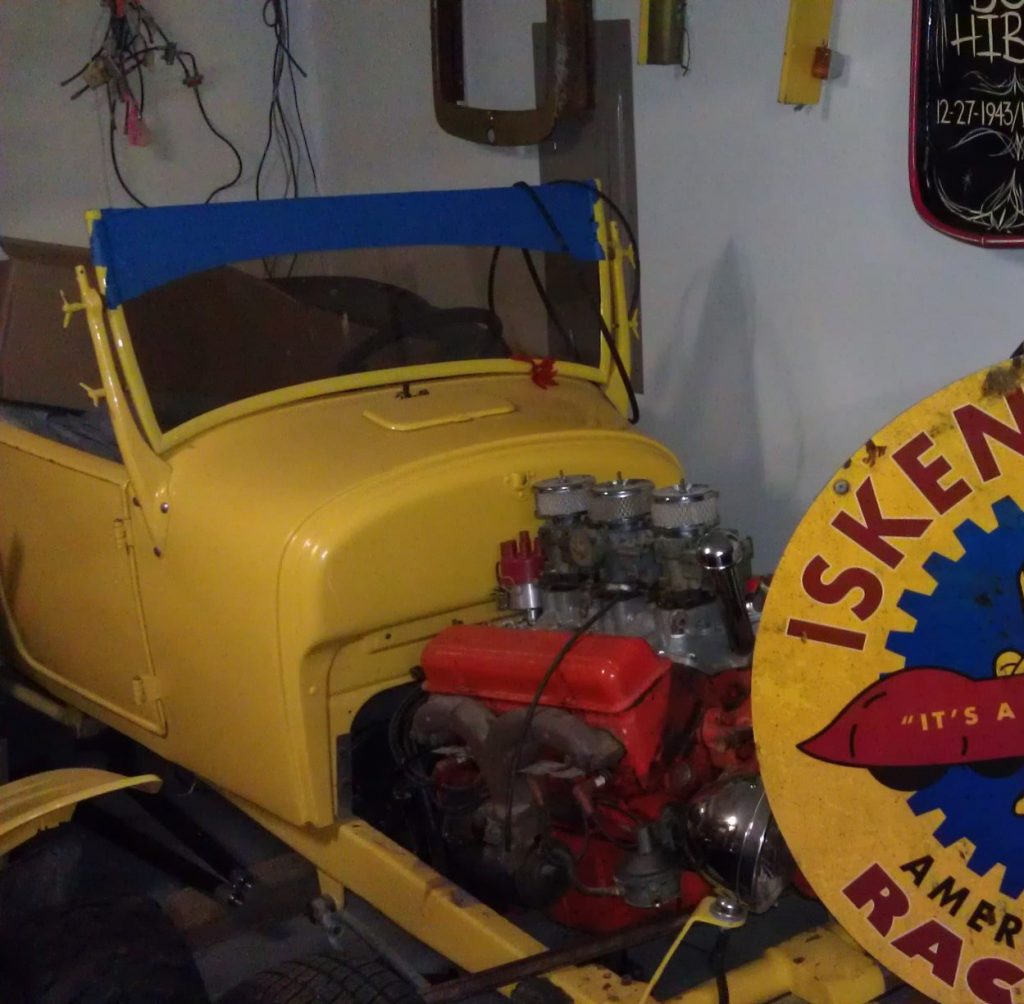 Bob has built more hot rods than I can count, and at the time, I had more money than time. I tossed the idea around for a bit, and Bob and I came to a labor-hours-for-truck kind of a deal. When he ran out of labor hours, I’d pay him his rate for the remaining time.

I handed over the truck and title to Bob and we shook hands. A few weeks later, I delivered the roadster and engine and we developed a plan. And of course the plan changed a bit. Originally, Victoria wanted a rough and tumble hot rod. Flat black, with oxblood wheels and interior, mean and nasty looking. The idea of building a rough, black-primed roadster was over. As each fabricated piece came together we realized that the car was going to be finished much too nicely to be rough and tumble, this car deserved to be a quality build with a nicely painted body and an attention to detail.

The original A chassis was in pretty rough shape but it found a new home. It had been boxed (poorly) and was twisted, but it had a matching title and I knew someone would need it. You can’t legally sell a title without the matching frame with corresponding VIN. We stripped the usable parts from the chassis (Ford 9″, Mustang steering box, front axle and brakes) and put the rest on Craigslist. The local hot rodder who bought it all was very happy! 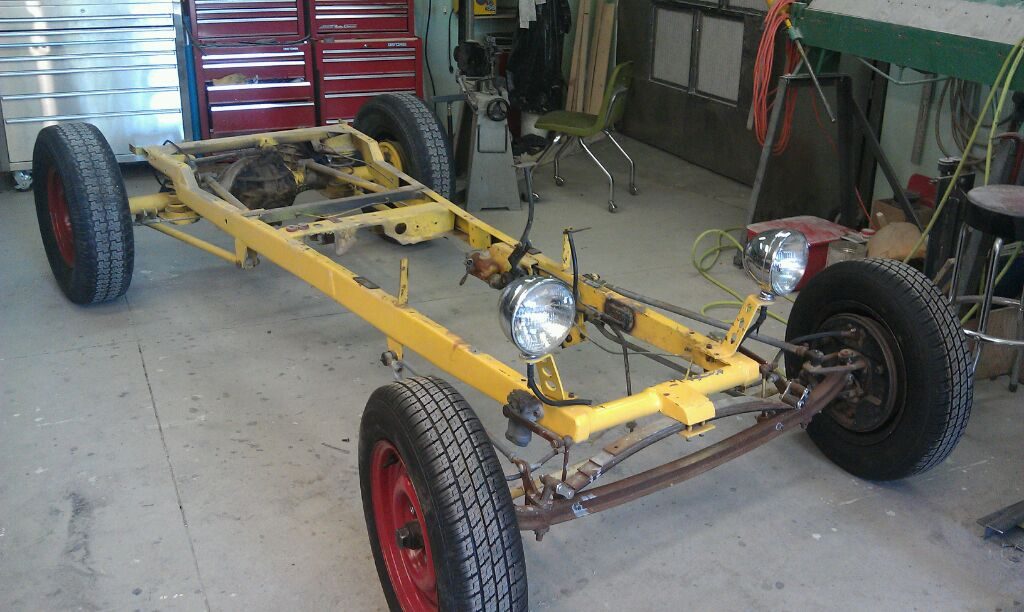 The chassis was hand fabbed from 1″ x 3″ rectangular tubing, with a pie cut to follow the contour of the T body. A 3″ kick-up in the rear will ensure that it sits like a hot rod should! 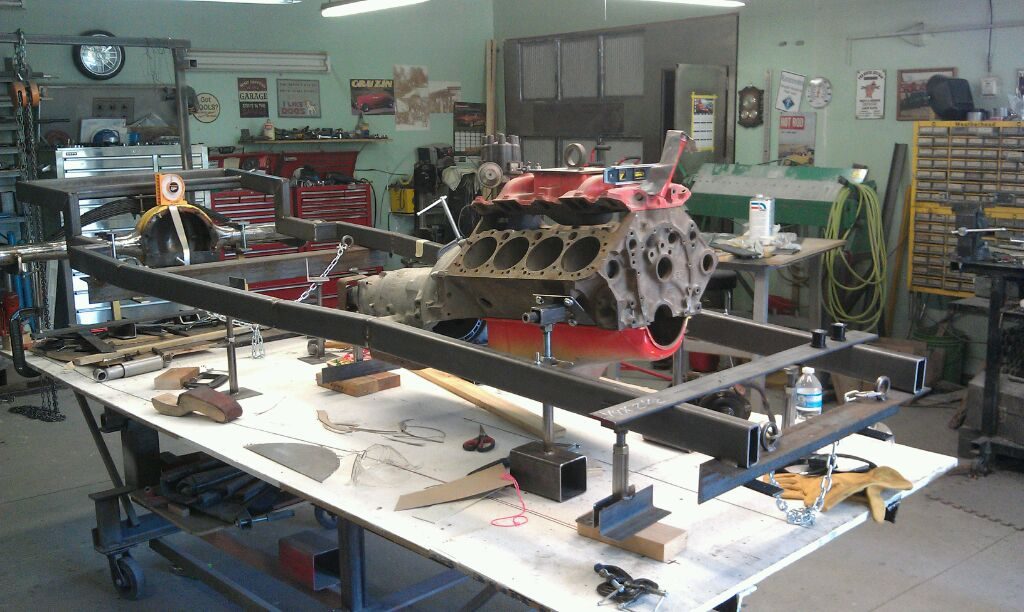 During the mock-up stage, Bob and Victoria collaborated on the seating position, steering column angle, and pedal positions. It was Victoria’s car, so this was an important step. 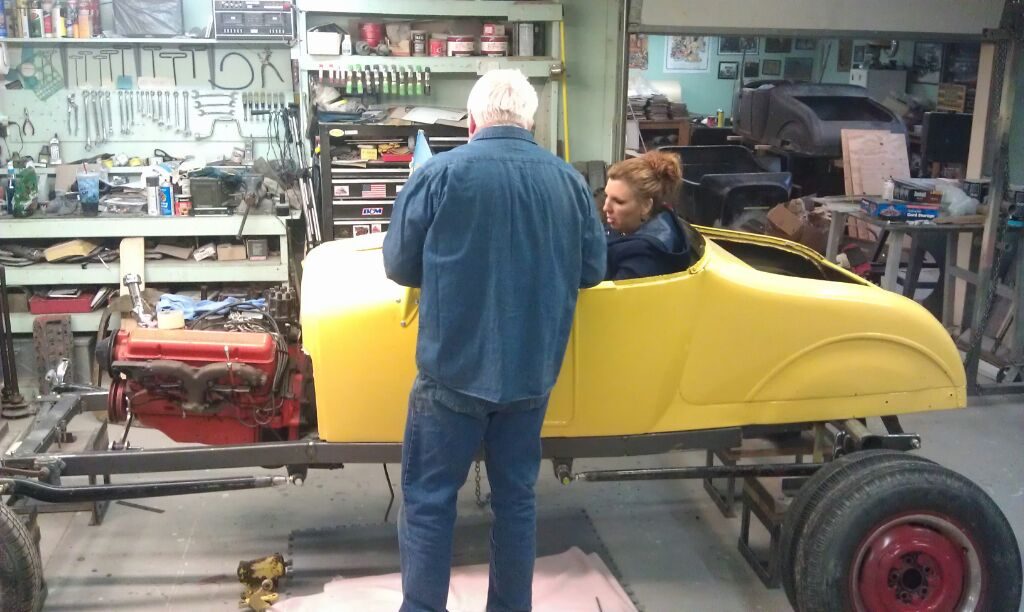