A good two-disc set is always a special treat. Consider a new Blu-ray release of a feature film, especially one loaded with extras and behind-the-scenes features. Whether it’s commentary from the director or writer, offering you some insight to the big why questions, or a peek at the cast, it’s just cool to be a part of the action. Prior to Blu-ray and DVD’s and their subsequent special feature menus and full discs, seeking out those behind-the-scenes features required a little more effort. There were magazines, certainly, and the occasional featurette on TV.

But in the earliest days, looking into the meat and potatoes required some serious digging, if not inside connections. It was much the same for custom cars and hot rods in the early days. Before there was Powerblock TV and Overhaulin’, getting that in-progress glimpse of a build was a rarity. And most likely required a trek to a local shop, or that rare tech article.

FOR LOVE OF FILM AND FOUR WHEELS

I love movies. Good movies, bad ones (like this gem, for instance), whatever, I simply love film.

Enter two gentlemen who had a profound impact on their respective industries, as well as on me. Forrest J Ackerman and George Barris. These guys virtually refined the whole concept. And in a number of ways invented it for their particular places in the cosmos. Buckle your belts ‘cuz we’re going to mix and mash two seemingly different things once again. Hopefully we’ll leave you with some fresh insight, too.

About the time that George Barris was born (in the mid-1920’s), Forrest J Ackerman was reading his first sci-fi tale in a copy of Amazing Stories. While Forry’s interests were writing fiction and celebrating the genre and its writers, George and his bother Sam were customizing cars. Forrest was hanging with friends the likes of Ray Bradbury and Henry Kuttner. He was starting magazines like Futuria Fantasia (which would be a killer name for a bubble-top custom, mind you). The Barris boys were learning tricks of the trade from masters like Dick Bertolucci, and bolting together a slick ‘36 Ford which was used as a calling card, attracting paying customers.

Keeping with our “parallels” theme, at around this same time, George founded a car club named “Kustoms Car Club,” reportedly the first use of kustoms with that K. Meanwhile, Forry and his friend Myrtle R. Douglas attended the first-ever World Science Fiction Convention. Dressed in space suits, the pair set off a chain-reaction of future comic and Trek convention-costumed attendees. Trendsetters indeed! Add to the parallel that all three were in Los Angeles in these times. It couldn’t be any cooler had it been written that way. Oddly enough, Sam Barris and Forry Ackerman were both enlisted in WWII… coincidence? 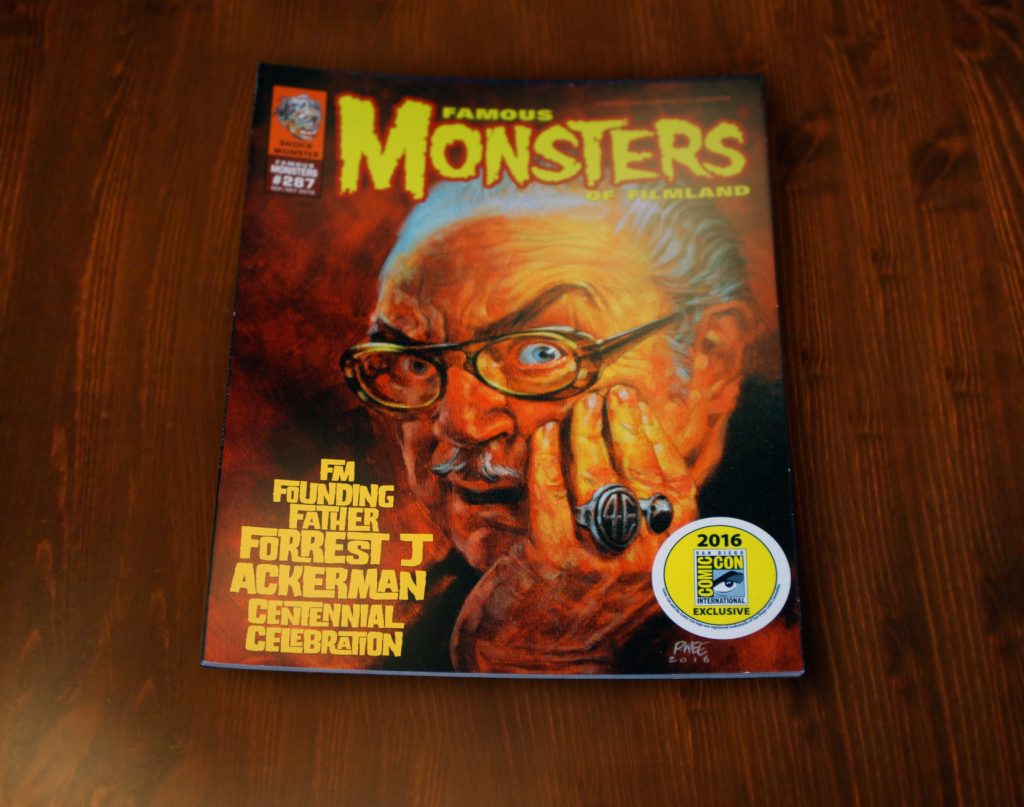 GOING BEHIND THE SCENES

Throughout the 1940’s and into the 1950’s, Barris continued building custom cars, and making a huge name in the industry. Guiding it, in fact. It was during these years that George saw the potential in magazines, and was instrumental in documenting literally thousands of cars. And in the process virtually invented the modern “tech article.” His photo essays in the popular car magazines of the time chronicled trends and techniques for customizers living outside of the California hotbed of activity. In doing so, he offered that all-important behind-the-scenes insight. Countless would-be customizers were more likely than not given some inspiration.

Barris is often credited with inspiring many modern day customizers to practice their craft. His efforts with his unique brand of Public Relations certainly has been a driving force behind the continuation of this industry into the twenty-first century. Consider just how many articles he had published showing metal shaping tips, or paint how-to’s. Then take a gander at his articles, and compare the layout to today’s tech pages. He literally paved the way, adding another dimension to car features, promoting the hobby and inspiring at the same time.

Looking through some of these old issues,  you’d be amazed at what faces pop up. Even more so, who was working in whose shops, or had a hand in some of your favorite cars.

Meanwhile, Ackerman was acting as a literary agent. He was representing hundreds of writers, and serving as “agent of record” for many more. Ensuring that their work would be published in numerous anthologies, he was preserving the science fiction genre’s past in written form. And providing an entirely new facet for the then-growing motion picture industry. Consider his magazine Famous Monsters of Filmland. It exposed many aspiring special effects artists and film makers alike to those “behind-the-scenes” looks, and the parallels just grow stronger.

It was these close looks at the men behind the special effects techniques that inspired such talents as Tim Burton, John Landis and Rick Baker, as well as countless other amateur home directors. Forrest truly created an industry that continues strong today. Not only from the standpoint of the behind-the-scenes documentary, but for collectors of film memorabilia.

He was also one of those rare “hands-on”, approachable figures. Leading tours of the “Ackermansion,” his personal home and museum, he’d connect with his fans. His place was packed to the rafters with his collection of movie props and memorabilia. He understood the value of preservation. Ackermn crafted a historical record. He collected those odd bits and pieces to maintain some reference point when future generations might want to look back.

Forry had a keen insight and understanding of the magic behind the movies. He always managed to share just enough to get someone interested and thinking about it a whole new way. When you stop to think about it, is a common trait in these heroes of ours who forge a new path. They “get” it, and they share it! When you manage to combine enthusiasm with knowledge and a great work ethic, you tend to become a part of the very thing you enjoy. Forry is surely one of those important cogs in an absolutely huge machine.

LOSING THE MEN BUT NOT THE LEGACY

In this same way, George was a common figure at car shows and events. It’s this accessibility that makes it all even more fun! It’s neat having that opportunity to mix and mingle with the folks who were there. Those whohelped to preserve our hobbies for future generations. We unfortunately lost Forrest J Ackerman in 2008, and George Barris in November if 2015. The next time you load that movie into your DVD player and pop open the special feature menu, give a quick “thanks” to the ultimate fanboy. While you’re at it, why not give a tip of the hat to George next time you’re browsing those back issues at the swap meet. Chances are, many of the photos in that issue are courtesy of the “King of the Kustomizers”.