I was talking to my friend Roger Hickey, and he told me a great story of laying his father to rest at the Bonneville Salt Flats Speed Week a few weeks ago and how it all came about. I’ll do my best to repeat what he said…

When I was seven or eight years old, my dad Harry Hickey had built a 1953 Studebaker with a couple friends. The idea was to go play on the dry lake beds (El Mirage and Bonneville) and see just how fast they could go. It was a brute! With a Chrysler Hemi where the front seat normally would be and the driver’s seat in the back. It was bright yellow and definitely made a statement. It was the car I learned how to weld, fabricate, paint and wrench on. Dad also taught me how to use a mill and a lathe in the building of the racer. It was the car that shaped me as a kid.

We took the car to Bonneville with friends Jim Brissette and Kent Enderle (both of whom were legends in the racing world). From my memories, the car did well. I wish I could remember some exact numbers but that was 50+ years ago. But I do know it was very fast! That Studebaker is the oldest clear memory I have of my Dad’s race cars. I remember his dragsters, drag boats, circle track cars, etc. and I was fortunate enough to drive all but the dragsters.

A PROPER MEMORIAL FOR DAD

My Dad died on September 1, 2015 and I lost a huge part of my life on that day. Due to my step-family’s chaos and family members doing the usual crazy who gets what game, I never really had a memorial for my Dad. After dealing with the grief and going on with my life, a strange but amazing thing happened. About a year later for some reason, this black, nasty looking ’53 Studebaker popped up on my Facebook feed. It wasn’t anyone I knew, but it piqued my interest. I decided to write (the driver) Brandon Leggitt and told him his car reminded me of the Studebaker my pops had when I was a kid. We wrote back and forth over the following months. He told me I should come hang out when they were going to run at El Mirage.

It was pretty emotional seeing the car. Big Hemi in the front seat, driver in the back, father and son, etc. I enjoyed becoming part of the team. I helped keep it clean and even and gave a small suggestion about the rear trunk wing. After that first time I was hooked and had to go out to every event after that. I was slowly picking up more jobs with the team, even becoming a small sponsor. Eventually I added my expertise in aero by cleaning up the shape of the hood a little. When I found out that they decided to race Bonneville I was 100% in. Waking up a couple of days later, I came up with an idea that I wanted to talk to Brandon and Lester (Brandon’s father) about.

I had to go out to their place to do the first hood fitting and brought up the idea. Asking both of them if I could put a little bit of my pop’s ashes in the chute when they go for the record just seemed appropriate. I was okay if they said no or if they were put off by the idea of it, but to my surprise they both excitedly said “yes”! I shook their hands and told them thank you so much, while holding back tears. It was exciting to think that there would be the name Hickey somewhere on a ’53 Studebaker again. I could now put my dad at his favorite place, behind his favorite car, doing his favorite thing.

So I took a small box of his ashes, maybe about 14oz. cup full and went to Bonneville. Brandon told me to not put it all in on the first run in case we were going to get the record, that way my pops would be with the record on the second day. I listened and and now I have closure that I had the proper memorial for my dad behind the fastest Studebaker on the planet and even set a record thanks to Brandon and Lester Leggitt!

Thank you again guys, you helped do a great thing… 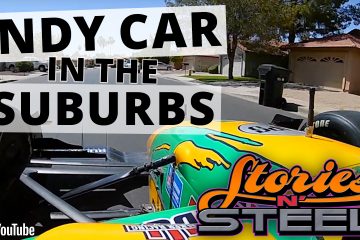 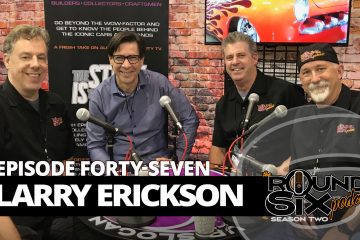