ALL THIS FOR A HAT

All too often, you hear the term, “that’s one for the record books” when someone is describing a sporting event, concert, or competitive eating contest. And oftentimes, they are right. Whether it’s home runs or how many Nathan’s hot dogs Joey Chestnut ate this year at Coney Island, they are both worthy of a record. But if you stack up the 2018 Bonneville Speed Week against these other venues and add in the element of danger, they just don’t compare.

In land speed racing, the competitors don’t show up for trophies. There is no Win or Lose element at Bonneville. The racers come from all over the world with the sole focus to set records. And if they had a good week, they go home with a hat. A hat may only cost $4.99 if you bought a generic billed number at Walmart, but to a land speed racer, this particular hat is priceless. 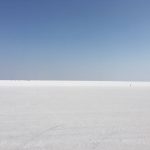 The last five decades have been tough on the Bonneville Salt Flats. A revolving door of companies have held the license to operate the huge mine that operates on the other side Interstate 80. This mine extracts brine from the salt flat and the surrounding land and feeds it into giant ponds. When the liquid evaporates, it leaves behind potash, a potassium-based mineral used in fertilizer and table salt.

In recent years, organizations like Save The Salt have done a heroic effort in awareness campaigns and pressuring the mining companies to preserve the salt flats. They do this by adding water to the leftover salt and flooding the area with millions of gallons of brine to build up the salt crust on surface of the lake bed. This process is slow and tedious, but it appears to be showing steady progress.

The stars were in perfect alignment on Bonneville in 2018. The surface was the best that it has been in many years, and the weather was absolutely awesome. We saw this immediately on the first day, when Danny Thompson laid down a fast 446.605 in his AA/FS streamliner. I think a lot of teams got excited when that speed was announced over the loudspeakers because it was 40mph faster than the current record. Ed Umland got in the game as well, running a speed of 352.573 in his Eddie’s Speed Shop B/BGS streamliner, beating his class record speed by almost 44mph. They both needed to back up these speeds to secure the records, but they had the next 6 days to do it. By the end of the Day 1, dozens of racers had posted record speeds and were sent to Impound. 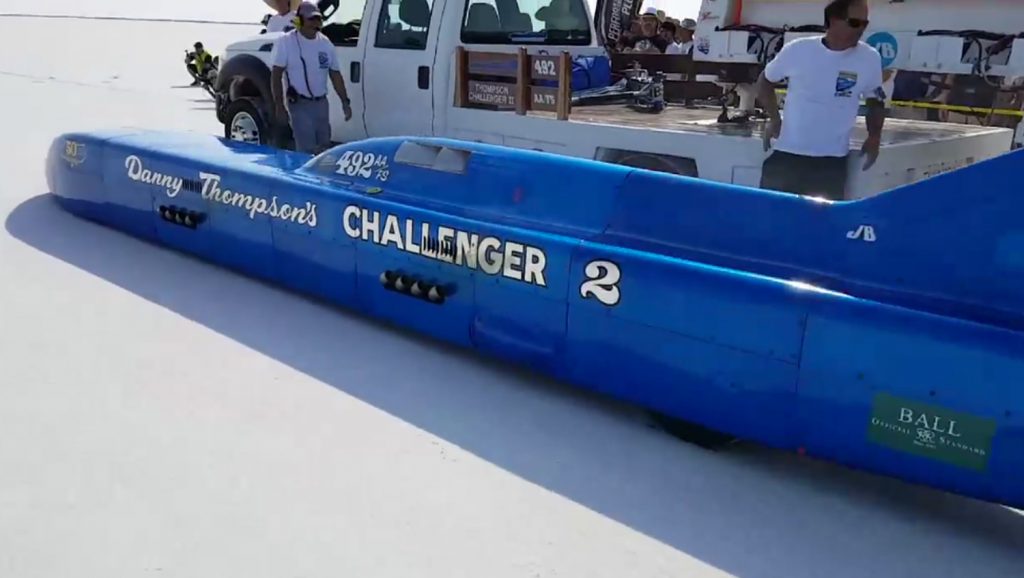 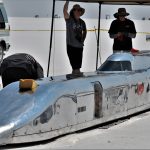 Taking advantage of the excellent morning conditions, Danny Thompson bumps the record in AA/FS from 406.769 to 448.757. Not be left out, Ed Umland moves the B/BGS record up from 308.816  to 369.162. And it wasn’t just the streamliners having fun. The famous Big Red Camaro with R.J. Gottlieb behind the wheel got in the act with a 254.630 in the AA/CBFALT class. Rick Yacoucci ran a 379.580 in the Costella -Yacoucci – Waters E/BGS streamliner and the car was sent to Impound. As the sun was setting, 39 drivers had claimed records.  It was a heck of a day. especially if you’re an tech inspector working in Impound!

Rick Yacoucci lights up the timing bulbs with a blistering 384.657 on a 334.260 record. 384.657. And then, the heavy hitters rolled into the staging lanes. The Vesco Turbinator II makes everyone take notice with a 463.038. George Poteet turns Speed Demon loose, and it responds with a 452.255. The stunning AA/BFS Carbiliner runs it’s best-ever speed of 413.514. A lot of great cars ran down the long course and short course tracks, and when the racing was called for the day, a total of 24 records had been broken. 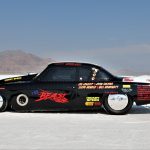 A car that everyone was expecting to do well did not disappoint. Brandon Leggitt in the Studebaker known as “The Beast” annihilates the C/CBFALT 239.208 record with 293.858.

It was a very good day for the record breaking, as 34 new names were added to the record books. 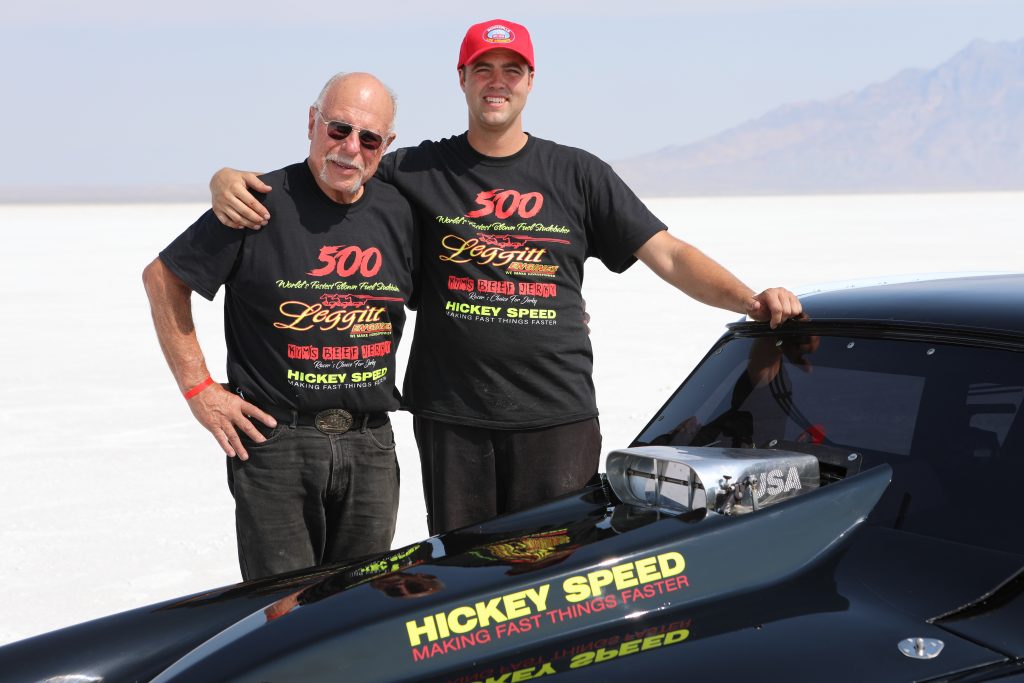 Land speed racing can be a cruel mistress, as George Poteet hurts his “A” motor and records a coasting 129.048. This day favors the lower classes, as 37 more records were set. Here’s a perfect example that land speed racing doesn’t discriminate when it comes to size or budget: 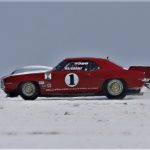 Nineteen more records are set, and the motorcycles have a great showing, accounting for 7 of those records. 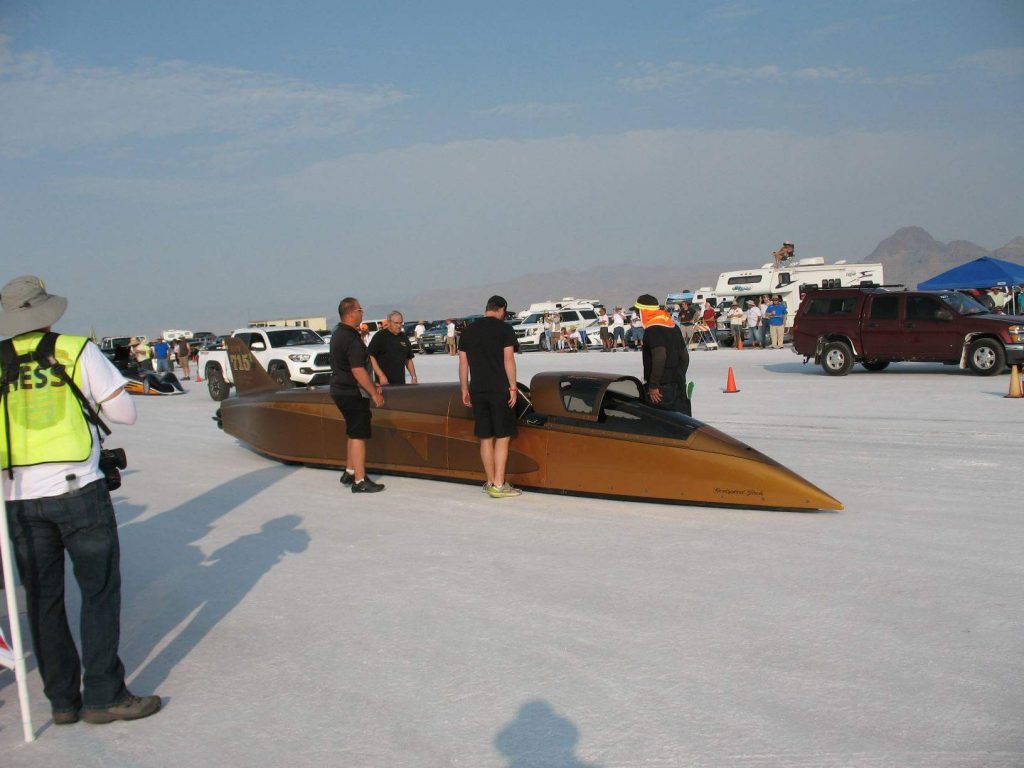 The last day of racing was not near as busy as the days earlier. For the guys weren’t broke OR broke, it was still hammer down time. George was still shooting for Top Time of the meet like he’d done in years past, but fell just short with the “gods of speed” ignoring him this year with his final pass of 428.725 falling short. Bob Dalton finished up with an early 365 mph pass which was far short of his earlier, blower belt pitching pass. Carbiliner was still chasing new car gremlins and some broken parts after having a pretty good week and rounding it out with a 346mph pass.

These guys will be back with a vengeance! The other cars bikes were still out running hard on both courses and everyone was having fun until the plug was pulled and everyone packed up. Even the last day was a great one!

ONE FOR THE RECORD BOOKS

Another Bonneville Speed Week is in the books, and it was an amazing event! There hasn’t been a vibe like this in a long time. The pits were alive with excited teams ready to get their cars back into line. Back home, phones were going crazy with news of what was going on at the event. Earlier, I said that the term, “That’s one for the record books”, was often over-used. Having total of 439 entries this year and 59 class changes, kept the SCTA very busy! A combined total (short and long tracks) of 2167 passes on some of the most pristine salt seen in sometime, even guys breaking parts were having fun.

With almost 170 new records being added to the SCTA Record Book, it definitely made for a successful Speed Week. Congratulations to all of the record breakers, their teams, and especially, the track crews who did an incredible job on the racing surface! 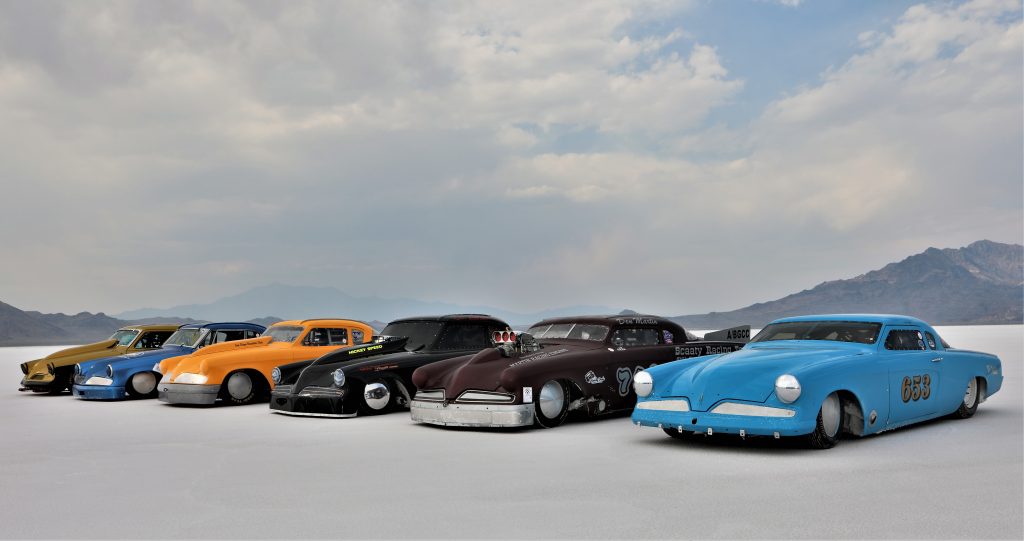 The 2019 running of Speed Week is going to have a tough time topping the 2018 event!

The Round Six gearheads would like to send out a very special thank you to our friends who took the time to send us many of the pictures of the Bonneville Speed Week coverage that you saw here this week on www.roundsixpod.com. Thanks Dave Engle, Brad Bosworth, Ed Umland, Gregg Adams and Roger Hickey. 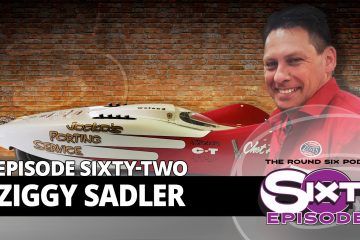