KEEPING TABS ON THE ACTION

One of my life passions is land speed racing. Once again, I’m unable to attend Speed Week at Bonneville in person, but don’t think that I’m not keeping a close eye on the action. Because I can’t be there, I’m constantly searching on my phone for any news from the event. My phone rings all day long from friends who are there in Bonneville either racing or spectating. Even with all of this, it’s still not good enough. I’m bummed because I’m missing what might be the best Speed Week in decades. The salt hasn’t been this good in years, and along with the great weather, speed records are being smashed. No existing record is safe at 2018 Speed Week! 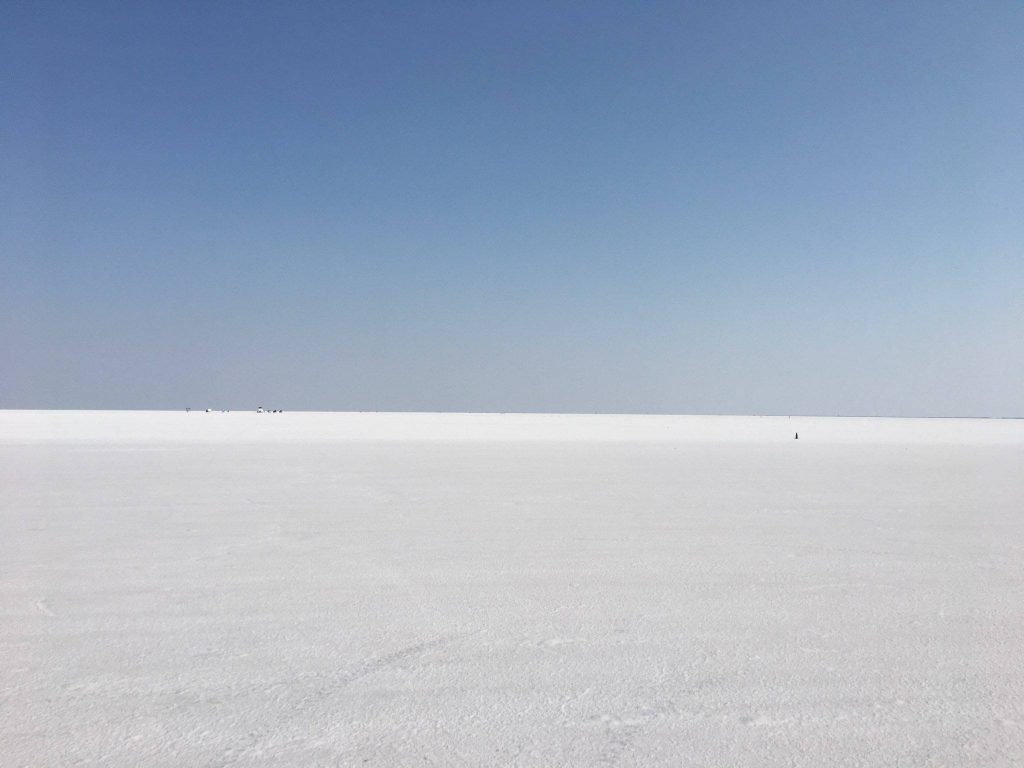 There’s one battle that I’m following closely. It’s the quest to be the FASTEST gasoline powered vehicle on the planet. This crown is being contested by two Californians from opposite ends of the state, and it’s seriously huge. Representing Southern California is Rick Yacoucci. Rick has set over 80 speed records at El Mirage and Bonneville in his race car, aptly named “Nebulous Theorem.” Through the years, Rick has had one main goal. He wants to go faster than anyone else has gone before on gasoline. In a sleek car built by his partner in crime Jack Costella, Rick and “Nebulous Theorem” have dominated every class they have competed in. For this year, Rick armed it with 260ci of turbocharged small block Chevy power to compete in the “E/BGS” class. 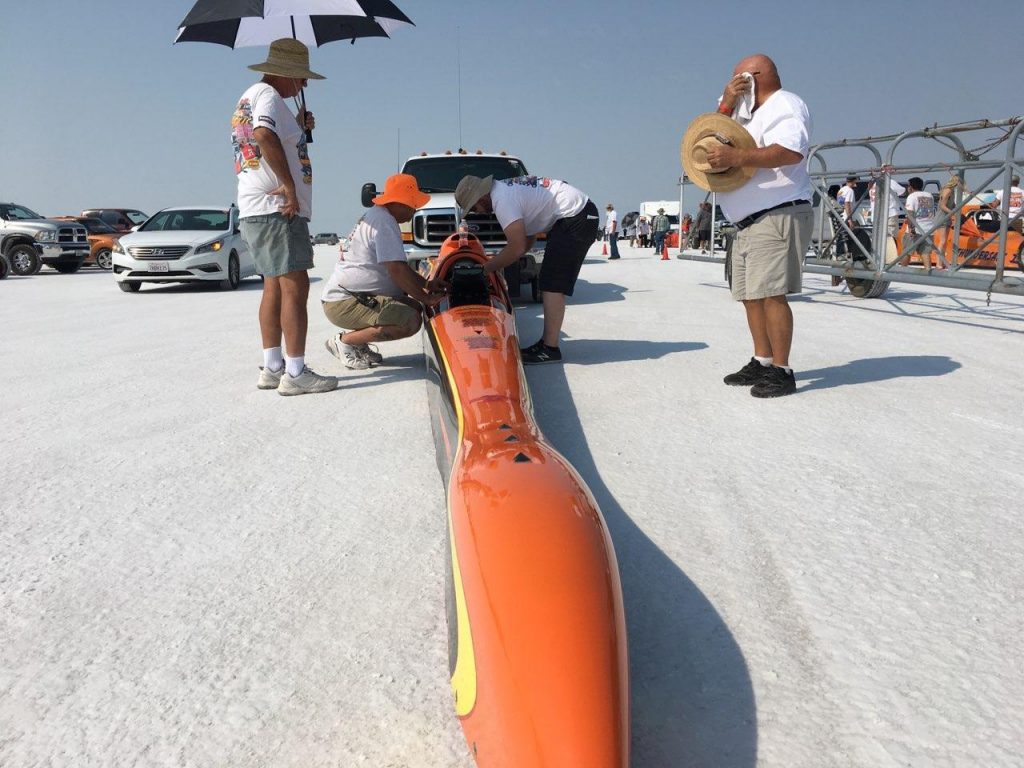 Representing Northern California, Ed Umland is another seriously talented racer who also has his eyes on this same goal as Rick. Ed built every inch of his polished aluminum beauty in his small business named Eddie’s Chop Shop in Orangevale, California. The car is powered by a 439ci turbocharged LS engine that puts him in the “B/BGS” class. 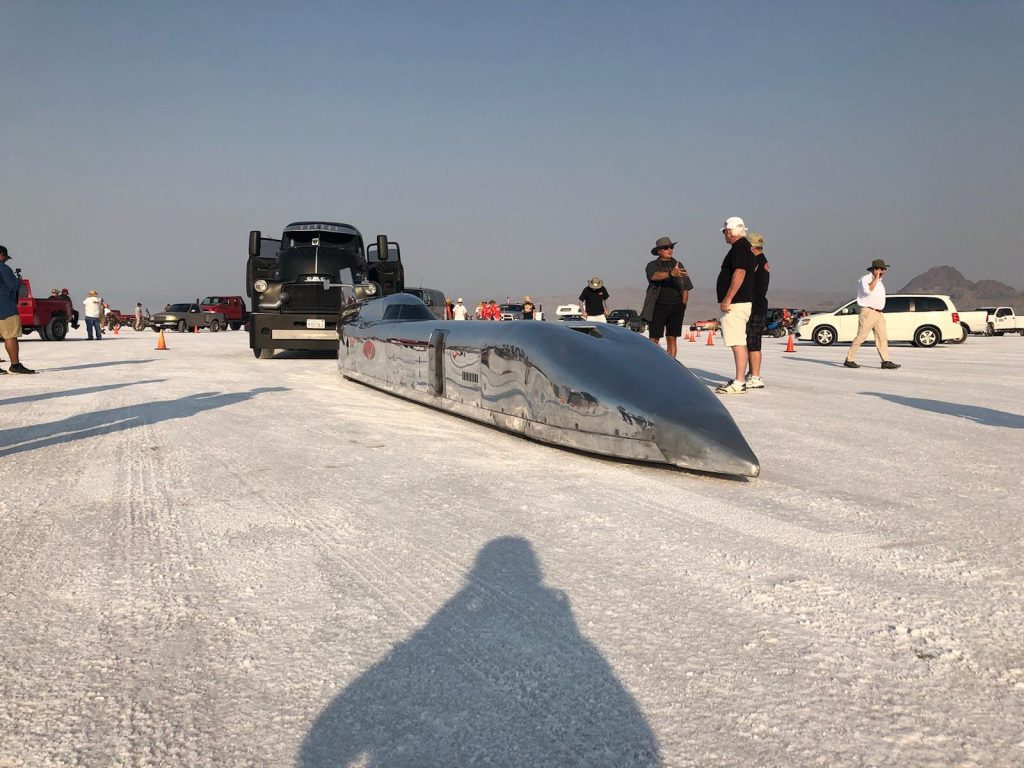 For the “Fastest on Gas” title, Ed fired the first shot. On Sunday, he ran 369.162mph, beating the old record of 308.816mph.  Ed now owns the “B” record, but it came at a price. The record run torched the cylinder head, putting Ed on the sidelines. Even still, Ed topped the old record by an astounding 61mph!  That’s not only beating it, it’s absolutely OBLITERATING it! 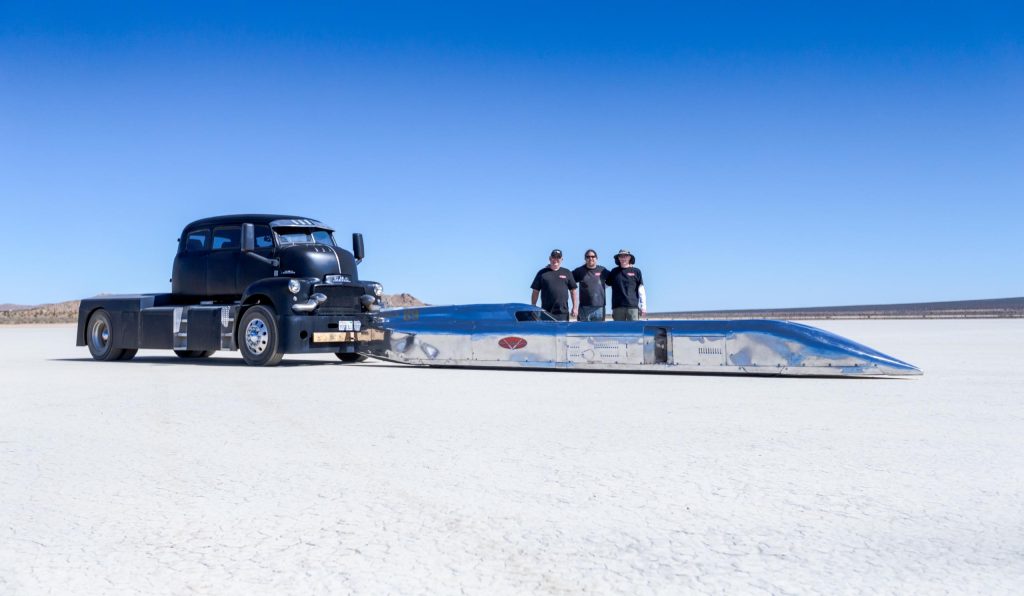 Now, it was Rick’s turn to back up his pass. He blazed down the course with an ungodly 398mph exit speed to reset his class record from 334.260mph to 384.657mph.  That’s beating the old record by a incredible 50mph! And like Ed, Rick also broke his car during his record run. The carnage inside Rick’s engine was so severe that it ended Nebulous Theorem’s 2018 Speed Week. 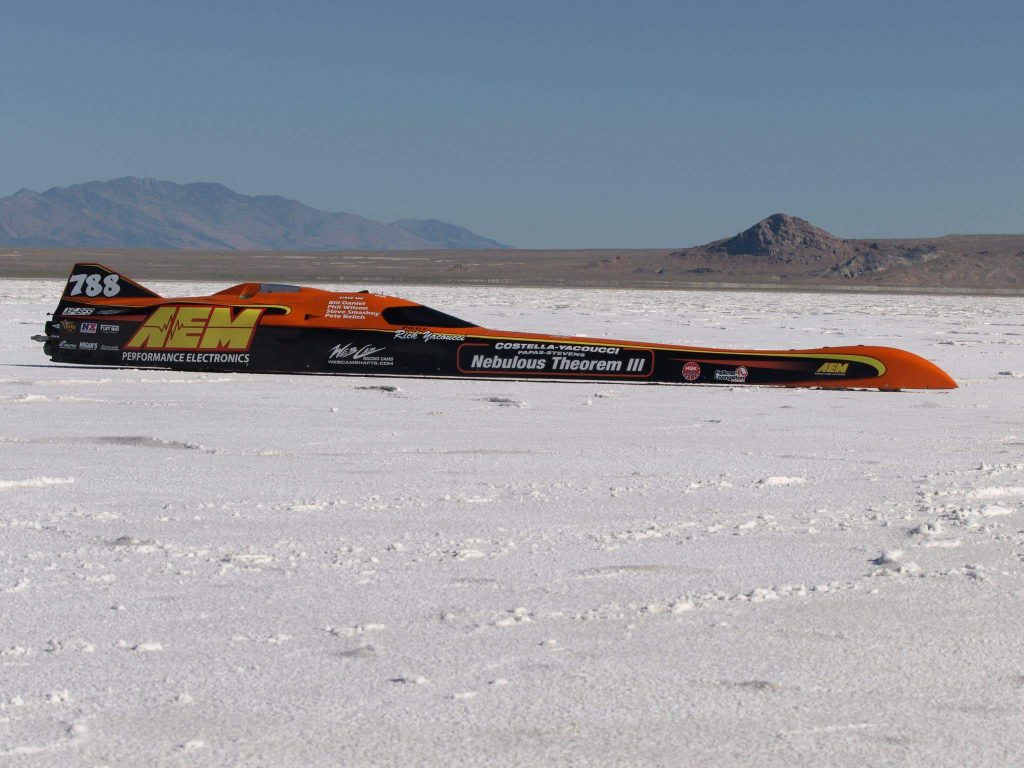 A BATTLE WITH TWO VICTORS AND NO LOSERS

These two guys came to do battle, and they didn’t disappoint. If you want to judge this strictly from a speed standpoint, Rick takes this round. Regardless, both Ed and Rick absolutely crushed their class records, and that makes both of them winners. If you want to think this rivalry is over, it’s not. I happen to believe that this is the start of something amazing that I for one will definitely be watching at next year’s Speed Week, and hopefully in person!

Big thanks to our pals and men on the salt Brad Bosworth, Ed Umland and David Engle for feeding us photos this week!

John Oro Drops by for an Intervention