DO YOU HAVE A SPECIAL VEHICLE?

Have you ever owned a “normal” vehicle that had a special place in your heart? Most of the time, these vehicles are the ones that are the least valuable and the least exciting. It’s like going to the dog pound and rescuing the best dog you’ll ever own. Maybe it’s Grandpa’s old farm truck, Aunt Joan’s 4-door Valiant, or that beat-up Chevy Sprint that got you through college. Whatever it may be, these vehicles didn’t win your heart by their looks. They did it by providing you with experiences that stayed with you for the rest of your life. Not every story is centered around a stunning beauty. This one is centered around an unassuming 1992 Nissan Pathfinder. 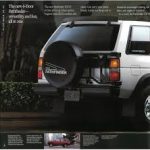 In 1994, we had just paid off a horrible car loan on a Mitsubishi Eclipse that was never ever worth what was still owed, even at the end. We had found out that Lynn was pregnant, so a small compact car was not going to cut it. Needing some room, I researched Consumer Reports and narrowed it down to either a Toyota 4-Runner or a Nissan Pathfinder. They both rated about the same, but the Toyota was selling for about $2000 more, and we weren’t making much money at the time. We settled on a Champagne Gold 1992 Nissan Pathfinder that was a lease return on the used car lot at Ontario Nissan. It had 30,000 miles on the odometer and was in excellent shape. After the Mitsubishi debacle, I wore the salesman down and we got it for a price that was way under Blue Book. 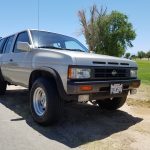 I’m a hot rodder, so the Pathfinder got a set of Boyd’s wheels and my buddy Brad King laid down a slick graphic job down the sides. I lifted it a couple of inches and limo-tinted the windows and installed an Alpine stereo. It looked GREAT. Lynn drove it everyday to work, and it was our road trip vehicle that we used to visit her folks in Las Vegas every couple of weeks. It was extremely under-powered, and coupled with the 31″ tall tires, it was dreadfully slow. But on the other hand, it was also incredibly dependable. A few months later, we brought our son Kyle home from the hospital in it.

The years went by, and “Goldie” kept soldiering on, but not without incident. It got rear-ended on the freeway in 1997, which required a new rear bumper. In 2002, Lynn’s flip flop came off while pulling into the driveway and in the process, hit the garage door jamb. The Nissan went to my buddy’s body shop and got a new hood, passenger fender, grille, and bumper. While it was there, I did the bodywork on the rest of the truck and we did a complete repaint back to it’s original Champagne Gold.  I totally went through all the cosmetics on the truck, and when it was done, it looked great. 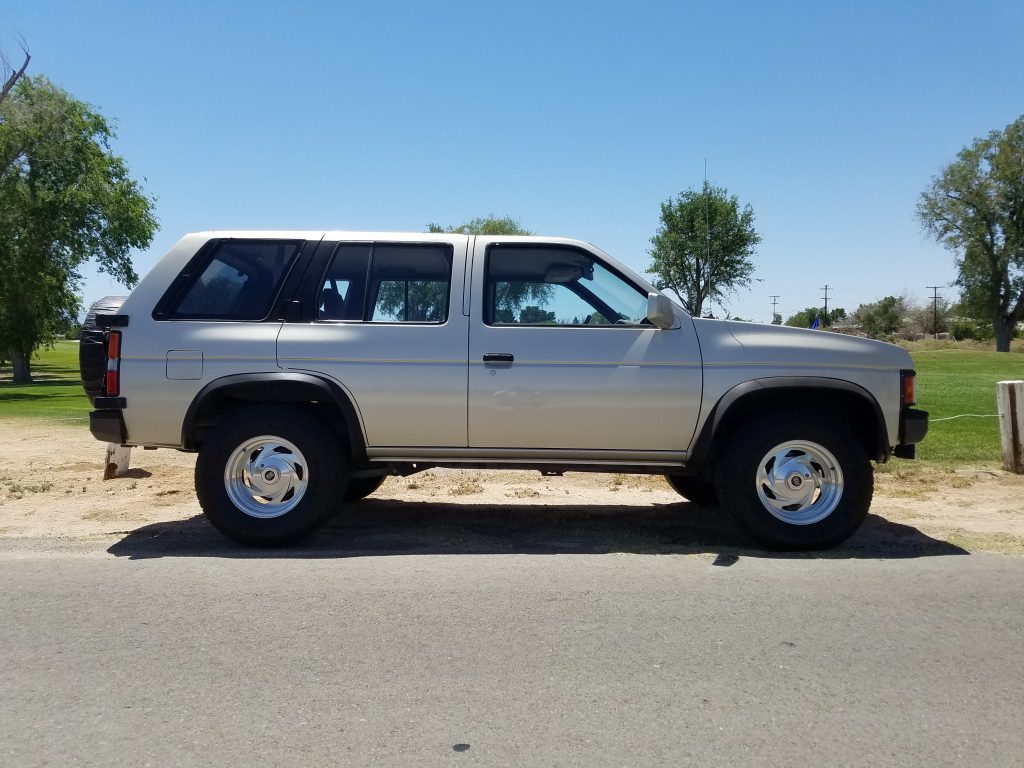 TIME FOR A REPLACEMENT

In 2006, I was completing my final deployment to the Middle East, and with the extra money I had made, I promised Lynn that I would buy her a new vehicle to replace the Pathfinder, which was sitting at 225,000 miles. We bought a new 2006 Honda Pilot, which is the vehicle she still drives today. The Nissan was such a dependable vehicle that I decided that we would keep it as a spare vehicle. The Pathfinder wound up sitting unused in the driveway for months, and I couldn’t bear to see it sit dormant.

GOLDIE GETS A TEMPORARY CARETAKER

I decided to loan it to a good friend to drive across town to work, and he was even more of a maintenance freak than I was. He treated it like it was his own, but a few things happened while it was in his care. One afternoon, he was checking the transmission fluid and the truck decided to drop into reverse and go out of his shop and into another shop across the complex. The Pathfinder came to a stop against the shop’s 2-post lift, still idling happily away as if nothing had happened. Another afternoon, he was driving home when a crazed driver decided to get out of his car at an intersection and kick the Pathfinder’s door in. After a trip to the wrecking yard for a new door and a respray, and it was as good as new. 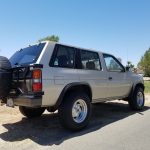 THE OLD GIRL GETS SICK

In 2011, our son Kyle came of driving age, and the Nissan was put back into service. Kyle used it as his daily driver, and he took good care of it.  In 2015, Kyle decided to join the Air Force, and once again, the Nissan was put back into storage. This time, it stayed dormant for almost three years. On occasion, I would go out and start it up, and each time, it would roar to life like it ran yesterday. That is until April of 2018, when I went out and tried to start it and the battery was dead. This was the first time in the 24 years that I owned the truck that it wouldn’t start. I was heartbroken. In the 24 years that we owned the truck, it had never failed us. Due to my inattention, I had failed Goldie.

GETTING IT BACK TO HEALTH

I put a new battery in it, and got it started. It was running terribly, and I figured that the gas had gone bad from sitting. I drained the tank, replaced the gas, and it still ran terrible. I changed the fuel filter, plugs, cap, and rotor, and it ran a little better but still stumbled on acceleration. It turned out to be a bad fuel injector, which solved the issue. The Pathfinder was running great again, but after a lot of thinking, I had come to the realization that I needed to let it go. I wasn’t using it, and it needed to go to someone who would use it regularly. 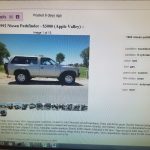 PUTTING IT UP FOR SALE

I spent a few weekends and did a complete top-to-bottom show car detail job on it and put ads on Craigslist and OfferUp. It looked awesome. With these sites, you can expect a lot of internet scammers, and I was not disappointed. We got offers from people in Indiana and Oregon that wanted to send me a Cashier’s Check, offers from someone who wanted me to pay $50 for a bogus CarFax document from their credit card scam site, and got a lot of absurd text message offers. I was tired of the games and I was getting discouraged.

I was out in the Pathfinder running errands one Saturday morning, and I got a call from an excited fellow asking about the truck. His wife obviously knew quite a bit about Pathfinders, and was looking for another one to replace a 1995 XE she owned that had been rear-ended and totaled by the insurance company. They decided to make the 110 mile trek from their place in San Clemente to my place in Apple Valley. Once they saw the truck, they were blown away by it’s condition. After driving it, made me a very fair cash offer. I knew that Mark and Jen were the perfect people for that truck. They asked me if it had a name, and I said, “I have called it Goldie since the day we bought it”. They thought that was great and loved that it had a name. 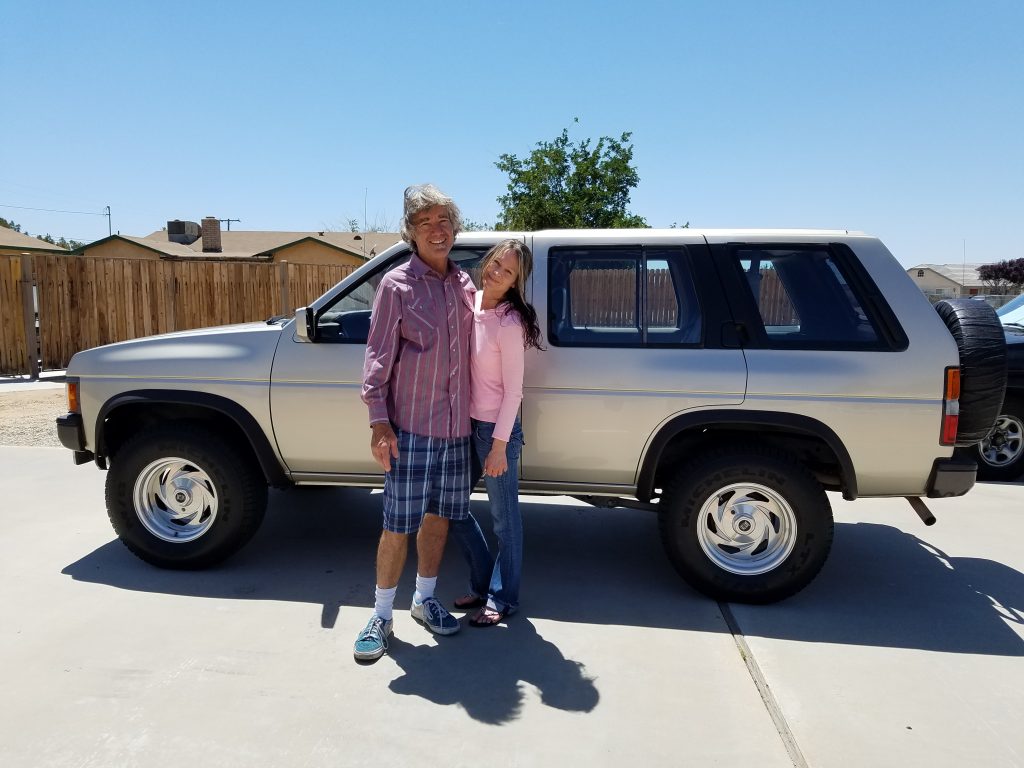 The time came for them to head home. As I watched the Nissan Pathfinder pull out of my driveway, I got a little choked up.  24 years is a long time. Our family had a lot of great memories in that Nissan and it was time for it to be used again. It wasn’t right for it to sit around anymore. I believe that truck had a soul. It always seemed to be at it’s happiest when it was faithfully serving it’s owner. Sometimes, even the most unassuming, unexciting vehicle can steal your heart. Thanks for 24 years of faithful service, Goldie. You were an amazing vehicle. 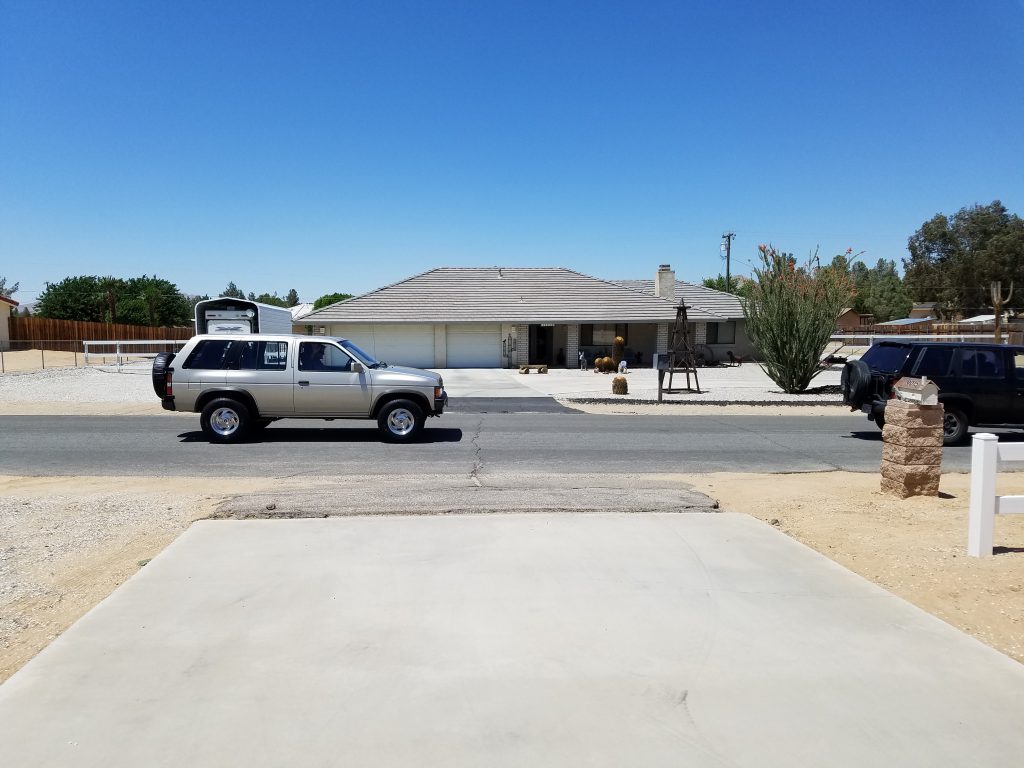 Do you have any stories about YOUR special vehicle? I’d love to hear it!!