Having a Ballast With Bristol’s Illuminati

If you’re a NASCAR fan, you’re probably as nuts about the night race at Bristol as we are. There’s just something about a big time race under the lights that makes it so much better than daytime racing. It’s 162,000 fans and 43 cars inside a bullring. Perhaps it’s the sparks generated when the cars bottom out, or the flames that shoot out of the exhaust pipes when they enter the corners. Whatever it is, we can’t get enough of it.

Even though we can clearly see sparks and flames, the place is lit up like a thriving city.

Have you ever wondered about what it actually takes to illuminate a track like Bristol? Probably not.

How much does it cost to illuminate the entire facility? How big of a crew does it take to maintain the lighting? We’re glad you asked, because Brian and Alex from Round Six are going to introduce you to the diverse crew who keeps the place lit. And if you think that the crew is a few dozen strong, you would be wrong.  The entire facility is handled by just five technicians, and we were about to find out that these weren’t ordinary corporate ladder-climbers.

We met up with the crew at a BBQ joint outside of Bristol in a town called Soddy Daisy.  Once we placed our orders and got our massive glasses of sweet tea, we picked out a table in the back corner of the place. We all took our seats, and Brian broke the ice by asking each person to introduce themselves.

The first was Phil L’ament, a bulb changer that handles everything on the ground level in the areas outside the grandstands,  He’s a portly fella with a huge Wilfred Brimley mustache.  He has arms that looks like he could snap a telephone pole, but is very soft-spoken. A native of Frankfort, Kentucky, Phil loves to fish for “anything that’ll bite,” and building slide guitars from old cigar boxes.

Next was Hal Lajin, a lanky 6’4″ fella with arms that extend well past his knees when he stands. Even though he weighs about 160 lbs, he has been known to get kicked out of the Kings Table Buffet in Kingsport for eating well past the legal limit. He’s a Bristol native, and likes to play Candy Crush every spare moment that he can.  At work, Hal handles all of the bulbs on the Inside Perimeter, which is the area that encompasses the grandstands.

Kelvin Watts was next. From the faded tattoos on his arms, he was either a retired biker or a military veteran. He has a lazy eye that makes it difficult for anyone to make eye contact with him, and Kelvin has a tendency to look down when he speaks. Kelvin handles all of the bulbs that are track-side. A native of Valdosta, Georgia, Kelvin likes to participate in Civil War re-enactments whenever he gets a weekend off.

Next up was Lou Mentz. A native of Fall River, New Jersey, the guys still call Lou a Yankee, even though he’s lived in the South since the 1970s. Lou speaks his mind, and when he does, he’s usually got a non-filtered Pal Mal in one hand and a cup of black coffee in the other. Lou’s assigned areas are the offices, skyboxes, and the bathrooms, or “Fan Personal Convenience Facilities.”

And last, but certainly not least, there’s Colin Freeman Leotaud, a tiny fella who hails from Papaua, New Guinea. To the crew, he’s known simply as “CFL.” He came to the States when he was touring with Circus Vargas, but before you start to chuckle, Colin has some skills that make him invaluable to the crew. Colin has the harrowing task of handling all of the bulbs in the stadium lights. He speaks in a very broken English, and has such an excited nature that he speaks better with his hands than with his mouth. It takes him a while to warm up, but when he does, his personality really brightens the room.

SHEDDING SOME LIGHT ON THE SHADIER PARTS OF THE JOB

Colin jumps right in and shares a story about having to scale the Turn 3 stadium light pole during the first night race in August of 1978, before they had the steps and catwalk installed. He scaled the 125ft pole with an IP65 bulb clenched in his teeth. He got to the top, scaled the light array, and removed the bad bulb. It required two hands, so he wedged the new bulb in his ass while he unscrewed the bad bulb. Colin had just eaten a large order of fries, and the residual grease left on his fingers nearly caused a stoppage, ironically. In a stroke of luck typical of this crew, that old Bristol fortune was with Colin. He dropped the old bulb, and it bounced off of the catch fence and landed on top of the Sno-Cone booth. Could have stopped the race but got lucky that night.

THE GUYS “SOCKET” TO US

Lou Menz steps up with a story about having to change out the bulbs above the urinal troughs because guys were peeing on them during the Disco Sucks 25 cent draft beer night in July of 1979. It knocked out the lighting in most all of the bathrooms, and the crew that had to clean the toilets the next day were not happy. “To this day, I still can’t figure out how a Mr. Microphone wound up in a toilet. I changed out the batteries, and I still have it. I could never get it to work as a microphone, and the damn thing vibrates like crazy.”

Kelvin Watts steps up to tell the story of when Smokey Yunick was using Hydrazine and the vapors lit off due to an exposed light bulb filament in his pit. It seems that Smokey was using to fusion-weld tungsten and boron in order to make “Super Fuel pellets.” “That was the only time I ever saw Richard Petty without a mustache. Or any body hair, for that matter!” The room erupts in laughter, but is soon silenced as Kelvin pours a few drops of his Mountain Dew to honor a friend lost in the incident.

“I had this dog that usedta foller me around at work,” says Kelvin, “and that little fuzzy bastard went up like a barn full of hay during the dry season in Lightningville. A spark jumped from the King’s coiffed melon, and me, not having the time to brush ol’ Rusty, well, you can imagine. As he ran out of the pit, the pace car hit him, throwing him into the BBQ pit over yonder. Threw out over sixty pounds of meat that day, not being able to tell which was which.”

Hal Lajin interjects to tell the story of when Phyllis Diller was the Grand Marshall of the Milk of Magnesia 500.

“Phyllis put on some heavy makeup right before she was about to do the parade lap in the Pace Car, and it wasn’t drying fast enough. I had offered my Craftsman drop light, in which I installed a 200W heat lamp bulb borrowed from the food warmer in the Turn 2 concession stand. When her face got hot, it smelled like a cat had pissed in an ashtray. I heard that she had over 10 different facelifts in her lifetime, and I’m pretty damn certain that I was the reason for number eight, if not nine as well.”

Phil Lament regales the story of when a pack of college students from nearby East Tennessee State decided to streak down the front straight of the racetrack during the National Anthem. “They all hung their clothes on the caution light stanchion on the exit of Turn 4, and it got so hot that their clothes caught fire. When the cops arrested them, there was nothing to cover them up with, so they had to use the Yellow Flag, the White Flag, the Black Flag, and the Red Flag to cover up their junk while the cops marched them out. It delayed the start of the race by 30 minutes because one of the fools pee’d on the White Flag! That’s the only time I’ve ever seen TWO yellow flags!”

FLIPPING IT ALL OFF

At the end of the day, we walked away feeling as though some light had truly been shed on these men who work in the shadows, ensuring that everything is in sight for the race fans.

In unfortunate news, between the time that this interview took place and our publication of said interview today, we have learned that Colin F. Leotaud had passed away at the end of April. He was enjoying his deep-sea diving hobby when an oversight by a shipmate subjected him to a nine-plus figure atmospheric change, and he exploded into many small parts.

Taking Back Someday, a Trend at a Time

BS-ing With Billy B 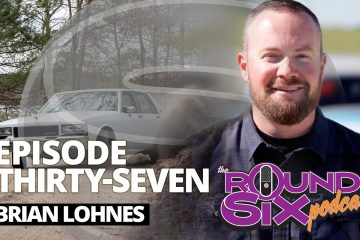 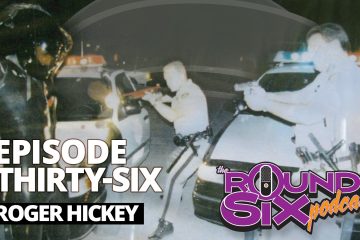 Having a Ballast With Bristol’s Illuminati