My friend Bob Bauder left this life on October 4, 2017 and created a huge hole with his passing.

From the time he arrived in Southern California in the 1960’s, to being part of the huge hot rod surge in the early 1980’s and finishing his life building some badass ’32 Fords, he left his mark. He had a style that was all his own and his infectious smile and laugh made it hard for anyone to not like him. Everyone has that one person they’ve met during their life that either changes or focuses the direction that you go in life and Bob was the guy who forged mine. 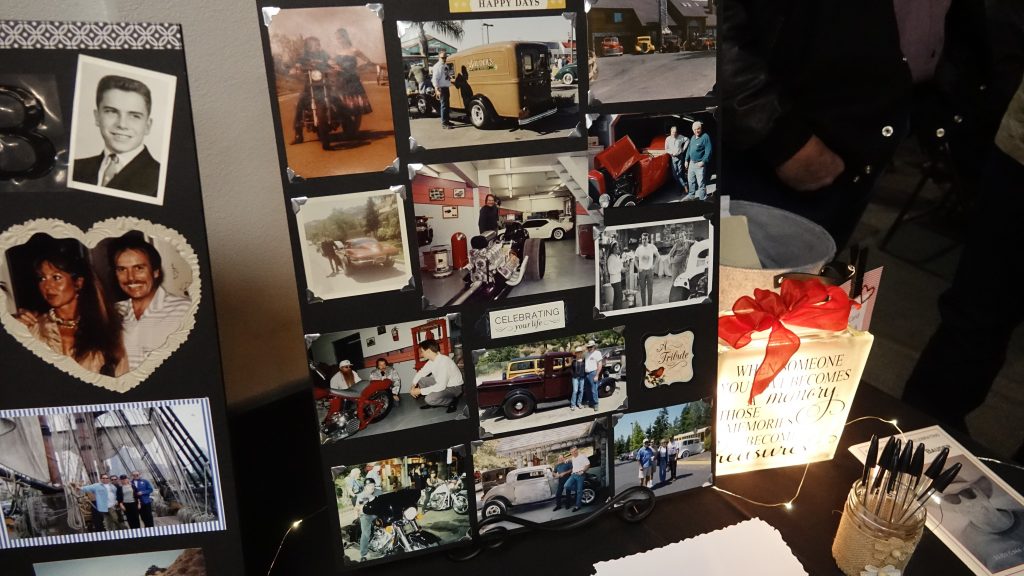 THE U-TURN THAT ALTERED MY COURSE 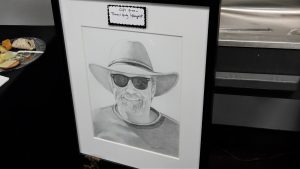 I met him in 1984 in Hesperia California when he passed me going the opposite direction in his lowered 1947 Ford convertible. I did a quick u-turn, because I really wanted to check out the car. Little did I know, a simple u-turn would have such a profound effect on my life and a lot of my future friendships.

As luck would have it (funny because I’m not much of a “luck” guy) he pulled into a store parking lot about a half mile up the road. I pulled into the parking lot and introduced myself while trying to be as cool as a dumb 21 year old kid can be and he was very gracious by showing me every bit of the car while his wife Diana waited very patiently for us to quit blabbing so she could go home. When I told him I was a pinstriper, he asked for a card and said he had some work for me and that I needed to come up the mountain. During one of my visits to do work for him, I was introduced to his across the street neighbors (and good friends) Mike Harper (who built Aldan shocks) and Pete Chapouris (of Pete and Jake’s & So Cal Speed Shop) who also had me do work (a couple bikes for Billy Gibbons of ZZ Top were even thrown in the mix) for them.

In 1992, famed Southern California custom painter Dick Vale had just finished painting a vintage nitro burning dragster for Bob and Dick asked him if he knew a striping/lettering guy because he was looking for one. Bob gave Dick my number and that call turned into a sixteen-year friendship (until his passing in 2008) with a great guy and also allowed me to work on some really awesome vehicles! It also allowed me to be flown to numerous locations (including twice to Maui) to work on customer’s other projects.

Next door to Vale’s shop was Bob’s best friend Boyd Coddington, who was very cool and also where I met Boyd’s new employee Chip Foose, who started about the same time as myself down there. I also met Dennis Ricklefs, one of my pinstriping heroes who was next door doing all of Boyd’s stuff. Was really cool that I even got the call to do a few jobs there when Dennis was busy. I’m fortunate to have made friends with a bunch of talented guys on that block and will always have some amazing memories from that part of my life. 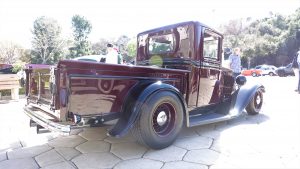 When I finished up my 1949 Chevy pickup, Bob was the first guy I really wanted to show it to, because I knew he’d approve with how it sits. He dug it!

Fast forward a couple years ago and Bob built a really slick 1932 B400 for a customer and I got the call to stripe it. Being that there were such a small run of those cars, I was honored to be involved. The last thing Bob built was his own 1932 (yes, he had an affinity for the B models!) pickup truck that definitely had the “Bauder” touch. He called me when he was building it and told me he wanted me to stripe it. When it was done (I hadn’t seen it yet) being built, I asked him how low it was and he giggled when he told me had to raise it an inch so he could get it out of his driveway! I laughed because if HE had to raise it, the truck was definitely LOW!

The time I was able to spend with this amazing man I will forever cherish. When we talked, he listened and treated me with absolute respect from the time we first met until I was working on his last project. Thank you Bob for helping point my life in the direction you did. I will never forget you…