I purchased a new truck shortly before Christmas 2017. The rebates on the 2017 trucks were ridiculous and I was in need of something that got better than 11 MPG. More on that later.

Since I’m privy to a “new” truck I wanted to share some of my experiences with it. Why am I reviewing a 2017 truck in 2018? Because I can, and because the 2018’s didn’t change. Maybe GMC will be so impressed with my review they’ll gift me a 2019 to review for y’all. Yeah, not likely.

This is an Google/Android issue, not GM’s. But since I’m a fan of Android naturally I was looking forward to all of the tricks, tips and goodies that should come with it. Android Auto leaves so much to be desired I can’t even begin to tell you how terrible it is. Yes, you can answer and receive calls. You can have your text messages play through the stereo. You can play your phone’s music through the stereo, including Pandora. The interface is clunky as hell, you CAN’T use your phone (in your hand) unless you disable Android Auto first, then it relaunches constantly. ARGH! I’ve nearly thrown my phone out the window several times. You can’t start a voice text using the steering wheel controls, you have to say “OK Google” then tell the phone, via the truck’s stereo, the text. Assuming OK Google is working, which it doesn’t always.

My wife is an iPhone fan. The link to the iPhone is much better, much easier to use, much more integrated. I just can’t convert so I’m stuck until Android Auto doesn’t suck.

There are two things that I do like about Android Auto though: when playing Pandora the album art shows in the stereo’s display (big whoop, I know) and using Google maps works really well. Come to think of it, those probably work on the iPhone thing too. Oh well, I’m not changing to Apple.

Is it just me, or does every truck made in the last 25 years come from the factory with squeaky leaf springs? Annoying, but I’ll grease them and cross my fingers. It’s worked well on other trucks I’ve had. 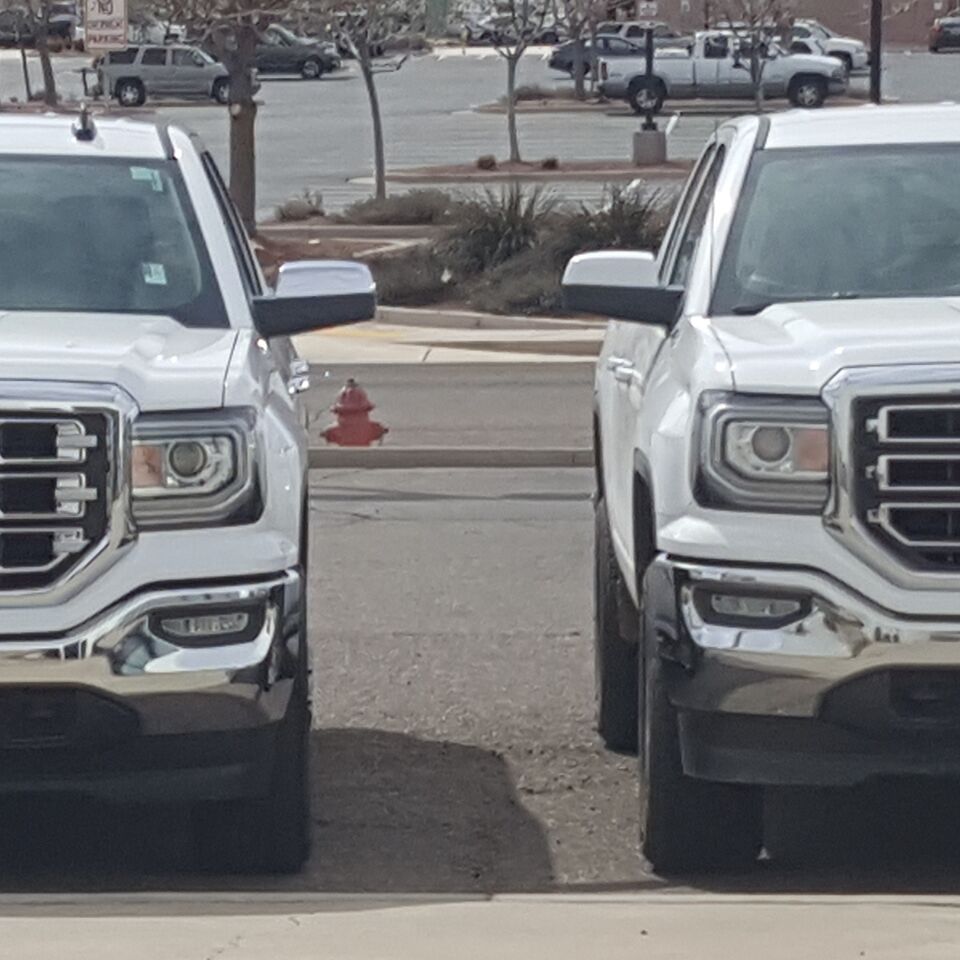 I mentioned this in an earlier article – my front apron would drag pulling into a convenience store! I’m sure GM did this to gain fuel mileage, but why in the hell would a brand new full size 4X4 pickup need to drag the front valence on a sidewalk or curb? I remedied this with a 2 1/2″ leveling kit. Wheels and tires coming soon.

And yes, I really did consider just lowering it rather than lifting it.

Not a huge difference but well worth it.

Okay, I really do understand but shouldn’t we the consumer have a choice of street tires or all terrains when we buy a new truck? Seems like an easy thing to do and the cost isn’t significant.

We’d all pay a few bucks more to start with the tires we want, wouldn’t we?

I went hiking a few days ago. Drove a well groomed dirt road, walked around for a few hours, and returned to the truck.

Just before I got to it (maybe 200 yards away), I received an email from OnStar notifying me my driver’s side front tire was low.

Sure enough, it was.

Seems I got the smallest piece of a sagebrush bush stuck into the edge where the tread and sidewall meet.

Everything! I love this truck! Except for… of course… you know. It’s super comfortable, even for long trips.

It gets great gas mileage. I average mid to high teens in town, constant stop and go driving. Highway speed limit is 80 here, and at that speed I average around 22 MPG. Slowing it down to 70 helps tremendously as I get about 28 MPG. And that’s with 345 HP and 385 torque through a six speed auto. But why do Dodge and Ford have 8 speed autos?

This one isn’t a complaint but advice to other potential buyers. I bought a double cab. It’s NOT a crew cab and there’s big difference in back seat room and access for people over 5′ tall. The double cab is much more of an “extra cab” with the doors hinged on the opposite side. The back seat is THAT small. I was aware of that when I bought it but rarely have anyone in the back seat so I wasn’t too concerned.

When I bought it my wife asked if the kids would be comfortable on long drives. I assured her they should… note I didn’t say would. They’re not, but our youngest is 14. Grandkids don’t mind though and their legs are much shorter.

Why are there totally useless cup holders in my door panels? This has bugged me for years and years. I can’t put my 82 oz tub o’ cola in there. Hell, a water bottle doesn’t even fit.

As perplexing as it may be I just realized what those little spaces are for… BAGGED AMMUNITION!

YOU DIDN’T BUY A DIESEL? 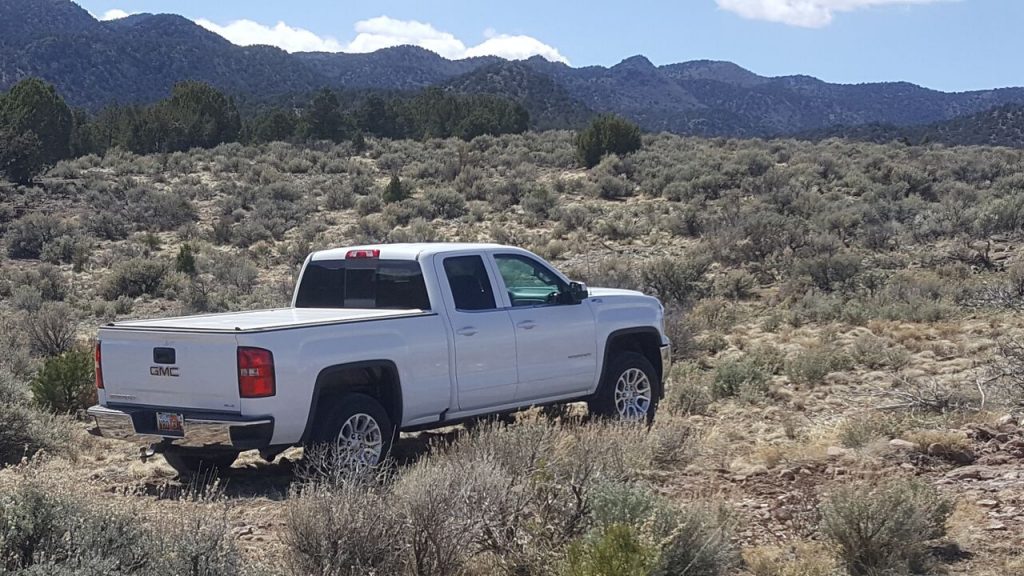 Okay, I’ve heard this one a lot. I’ve had both a Duramax and a Powerstroke and just wanted to go back to gas. Why?

Sure I miss the stupid power my diesels made, but I have hot rods to get adrenaline going. I’ve driven this truck 9000 miles in 3 months, so mileage and fuel prices were strong considerations.

Overall I’m thrilled with the truck and the dealership I bought it from. Sure there’s a few things that I don’t like but I don’t think anyone could build a “perfect truck” for me. Or for you. We’re hot rodders. We modify everything we own, right? And I knew when I bought this that I’d make it mine.

Did I mention Android Auto sucks?

What about Bob... How a U-Turn Altered a Life