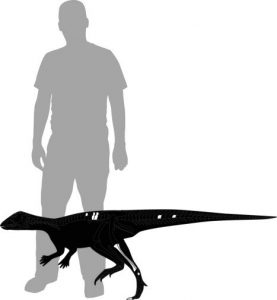 You’re certainly familiar with Ford SVT’s Raptor. Introduced at the 2008 SEMA Show, shortly thereafter released as a 2010 model, the Raptor was a production version of a trophy truck – or at least as close as the average consumer would get.

All good things need to start somewhere. Sadly the 2010 Raptor started with 310 horsepower from a 5.4 but Ford was on the right track because by midyear they offered the new 6.2 with 411 horsepower. Eventually Ford would go to an Ecoboost six with a 10 speed auto. The writing was on the wall and the EPA was the crayon with which it was scrawled. Smaller, lighter, more fuel efficient graffiti littering our beautiful rip-snorting V8 landscape.

Granted, the Ecoboost is a great engine and makes good power but my ears tend to believe beautiful symphonies are made eight cylinders at a time with a few Italian composers who use 12. That’s not to say the six isn’t remarkable, it just sounds like… well, a V6. And that doesn’t do much for me.

Let’s not get into four-bangers or diesels. Yet.

Was “Raptor” a good name for Ford’s hot off roader? Hmmm, full size, light (aluminum body), reasonably quick and powerful, hungry as hell? Yeah, it seems appropriate. But what do you do when you scale something good DOWN? They probably didn’t think the “Ford Junior” would work, or for that matter “Ford Raptor in miniature” or even “Smart Raptor.” So why not give the smaller, less voracious truck a more fitting name? Something like a Raptor, quick, but smaller and herbivore inspired… I present you the Ford Albertadromeus!

The Albertadromeus was small ornithopod like the famed velociraptor, but a herbivore. Diesel? Maybe that’s a stretch, because it’s still a dead dinosaur eating dead dinos. But I digress.

Ford Australia has recently announced its “Raptor Ranger” with a bunch of cool footage of this truck doing all kinds of trophy truck looking things. Allow me to steal the thunder from down under: it has a 4 banger twin turbo diesel with 210 horsepower and 369 pound feet of torque. Twin turbo four? Yes. A compound system to eliminate turbo lag. And diesel stinks in raw or burned form.

Sure the Getrag 10 speed auto could make up for some of those low numbers but a diesel banger just doesn’t excite me. At all. All I can conjure is the sound of a FedEx truck replete with rattles and slamming door noises. Geez Ford, at least let the Raptor name live in style and call this thing something else. Ford Albertadromeus, a small herbivore that although resembles the famously vicious velociraptor, is anything but.

Admit it, a 210 horse 4 banger diesel: I’m on to something. Ford Albertadromeus. Rolls off the tongue, huh?

Images in this article sourced from:

Ford Ranger Raptor Revealed, and It’s (Probably) Coming to the U.S.! You gotta believe we’re in line for this bad-ass mid-size pickup. The Ford Ranger Raptor has just surfaced in Bangkok, Thailand, in production form, and while the truck you see here, in Lightning Blue, is only for the Thai and Pacific markets, it’s likely that the United States will have a crack at Ford’s rock-hopping, dune-flogging four-by-four at a later date.

Fill Up on a Rock-n-Roll Legend