BREAKING
It's Good to be the KingVideos 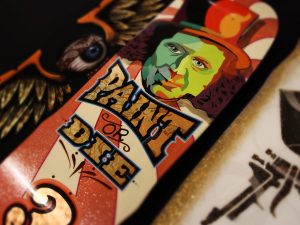 From his start in 1987, custom painter Danny D has built a excellent reputation as one of the best in the business.  Just pick up a Lowrider magazine or go to a show in Southern California, and you’re bound to see his work on anything from cars to motorcycles to even bicycles.  As he fine tuned his paint and pinstriping skills over the years, he has connected with others with the same passion. He has built strong relationships with custom painters from all over the world.

Nowhere is this more evident than at his annual “Paint or Die” party. Held annually, this one marked the third. He schedules it in late January on the same weekend as the Grand National Roadster Show in order for some of his out of town friends to attend. Even after a mere three years, to say that the party is a success is a huge understatement.

I GOT A GOLDEN TICKET

This is an “invitation only” event, and even the Paint or Die 3 invite was awesome. The theme this year was “Willy Wonka and the Chocolate Factory,” so the invitation was a GOLDEN TICKET! This year, even more painters and pinstripers than ever from all over the country turned up to congregate, show off their skills, and do a “panel” exchange with each other. With other striping events, a “panel” is usually a piece of metal roughly 18×24-inch that’s used for a canvas. Danny D isn’t content with being like everyone else. This year, EVERYONE had to use the exact same shape of canvas! One was an aluminum piece approximately three feet long shaped like the iconic Von Dutch “flying eyeball” with a little lowrider twist. The other was a wooden skateboard deck.

The 90 or so artists that showed up definitely brought their “A” game. You might think that with that many artists working on the same shaped canvasses, you would see a lot of the same designs. You would be WRONG! There was some of the most clever, detailed, incredibly crafted designs I’ve ever seen. It’s proof that the art of custom painting is stronger and better than ever. Check out some highlights in the video below:

Every January, custom painter Danny D throws his annual Paint or Die party, where custom painters and artists from all over the world gather to hang out, eat great food, and swap artwork with each other. Round Six takes you inside for some eye candy. 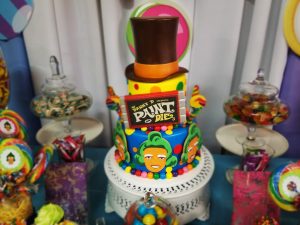 The parking lot outside the event was filled with everything from lowriders, mini trucks, hot rods, motorcycles, bicycles, and even a boat. All of them custom painted, of course!

All of the guests were treated to the best show food you could ever imagine. There were no hot dogs and hamburgers here. No way. Christiano Bollini and the culinary masters from Bollini’s in Monterey Park were there with their mobile kitchen. There were killer custom wood fired pizzas and grilling steaks that put high-end restaurants quality to shame.

There was plenty of food to even go back for seconds. Once you were ready for dessert, there was a table full of custom cupcakes and a Willy Wonka-themed cake that looked too amazing to start cutting up. 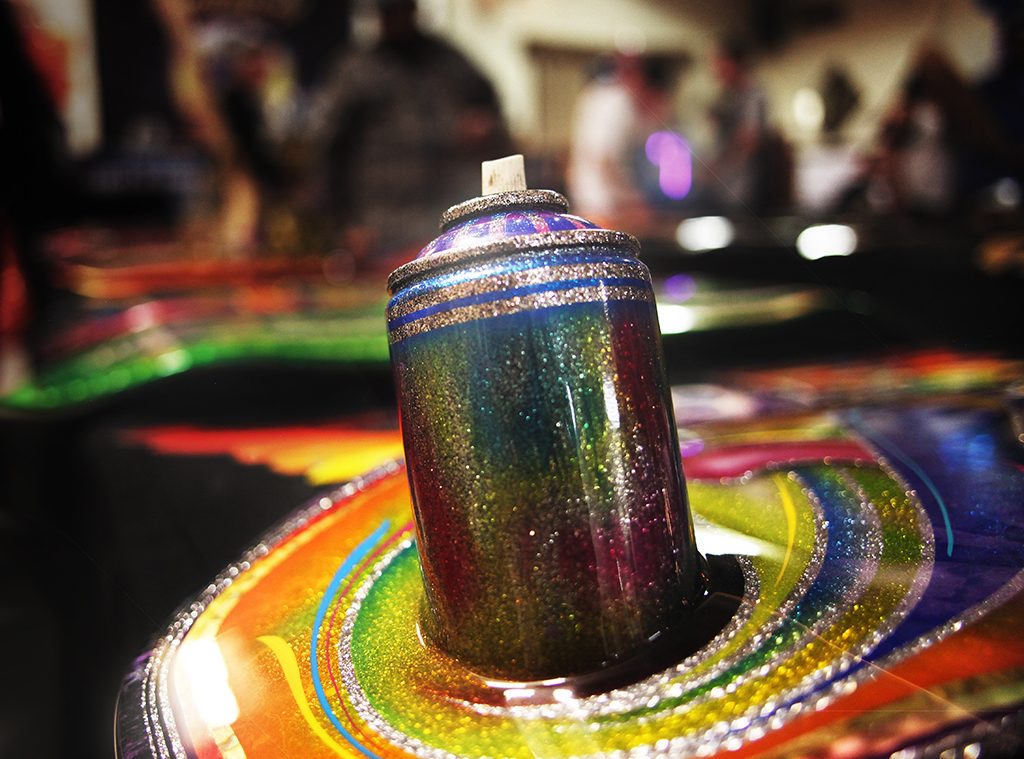 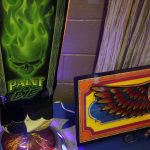 Once everybody got fed, the festivities started inside the main hall.  The premise behind the panel exchange is for all of the artists to share their work with each other.  Names are drawn, and as each person is called, they exchange their piece with the next person, and so on.  There were a lots of smiles and handshakes as friendships were formed during the exchange.

When the exchange was over, Danny D got on the mic and thanked all of the guests in a very heartfelt speech. He spoke about how proud he was of being a part of the family of artists gathered at the party. One of the things that stuck with me was when he said that “it doesn’t matter where you’re from, what color you are, or what kind of art you do. There’s no egos here.  We’re all in this together.”

Danny D then thanked the multiple sponsors that participated in the event, such as Axalta, Anest Iwata,  FBS Tape, Indasa USA, Dissizit Brand, Painthuffer Metal Flake, Wendy’s Party Decor, Trulers, Skateboard Connection, Coast Airbrush, Von Dago, 1-Shot, and Createx.  And then the raffles began. Many of the guests left with some of the best prizes you could imagine. 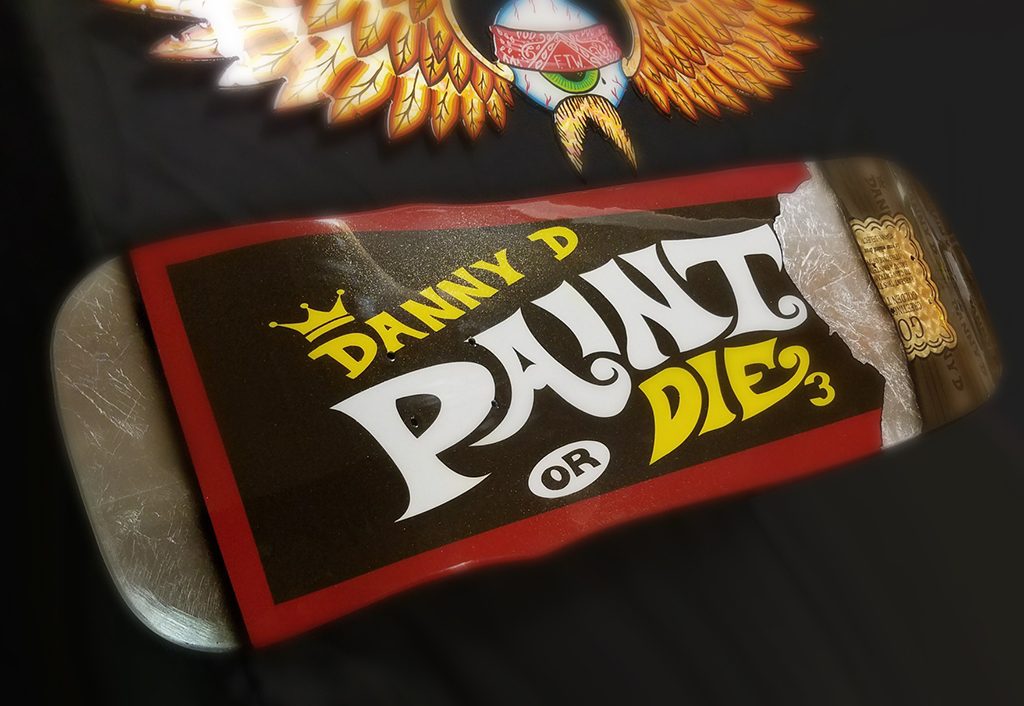 Most importantly, a HUGE thanks goes out to Danny’s wife Anette, Tiffany Gonzales, and Cynthia Mendoza for putting in the long hours of planning, decorating, handling badges and entry fees. They were always there to ensure that all of the guests were having a great time.  You knocked it out of the park!!

At the end of the day, everyone involved came away knowing that they had a great time.  Old friends got to see each other. New friendships were made, and every custom painter left with their brain full of new ideas to try. Paint or Die 3 was an outstanding party! We can’t wait to see what Danny D and his crew has planned for next year!

BE SURE TO LISTEN TO THE ROUND SIX PODCAST EACH WEEK!

You can find the Gearheads here: