PORTRAIT OF THE UNSUNG PALADIN OF PAINT

Welcome to the first installment of a new series at Round Six. The premise behind this series is to bring to light and to get to know the people behind the scenes who make it happen. When you watch the coverage of a major motorsports event, you only see the drivers, the pit crews, and the network teams supporting the television coverage. You are only seeing about 5% of the people who make the event possible. Round Six’s Alex and Brian feel that it’s time to get to know some of the unsung heroes behind the scenes performing the tasks that few of us ever consider. Come along as we meet the proud, hardworking unsung men and women of motorsports!

THE UNSUNG HEROES OF MOTORSPORTS

Matte was born in Sherwin, Virginia to parents Imron (Ron) and Beverly Glidden.  Ron was a house painter and Beverly painted porcelain figurines for a local manufacturer. Not long after graduating from Benjamin Moore High School in 1975, Matte started working with his father.  He soon found the house painting business to be unfulfilling, so he took a job at a local racetrack as a maintenance worker.  “I painted everything from picnic tables to bathroom stalls at that place,” Matte recalls.  “I was so good at it that my skills caught the eye of Bill France Jr, the President of NASCAR, who had stopped by to chat with the track owner.  He offered me a job with NASCAR on the spot, and I took it.”

One would assume that being a painter with NASCAR would be a gravy job, but that’s completely untrue.  “I never knew that there would be so much stuff to paint until I went to Daytona.  I never realized that after every race, they had to have somebody with a 3-inch brush touching up the walls after race cars had crashed into them.  And that’s for the entire two and a half miles of the track.”  Matte also said that he was responsible for adding the names of the corporate sponsors to the walls between races as well.  “Never in my life would I have ever thought that I’d get paid decent money to paint the words VIAGRA 500 in 36 inch tall block letters,” he laughs.

PAINT ME A BIRMINGHAM

Of course, we had to ask if there was ever any complication to what he does for a living.  “Rain is my biggest nemesis.  In Florida, it rains constantly. The walls sure won’t restore themselves. And the new names added between events regardless of the weather,” Matte said.  “In 2003, there was a huge strike in the chemicals industry, and the paint manufacturers were unable to produce any paint for a couple of weeks.  My job still needed to be done. There  I was, emptying all of the hardware stores within a 50 mile radius of every bit of Windsor White semi-flat I could find.”

The walls were painted in time for the Bank of America 500. However, that’s not the end of the story.  A torrential downpour happened about 15 minutes before the race was to start, washing most all of the newly applied cheap paint off of the walls.  The booth announcers kept mistakenly referring to the race as the Bank of Chicken 500, because the washed-off paint in Turn 4 showed a portion the prior race’s sponsor, Bojangles Chicken.  “I’m just glad it wasn’t something like Chicken Viagra or Bank of Bojangles,” Matte laughs.

In his 35 years of painting the walls at Daytona, Matte has stayed relatively injury-free, except for the major burns he received in 1981, not long after he hired on.  “I was painting the wall in Turn 2, and at the time, I was a smoker.  I was stirring a 5-gallon bucket of paint with a cigarette in my mouth.  Back then, before the days of OSHA, we used a paint that had a mixture of Toluene, Methylene Chloride, xylene, corn starch, and hog fat.  It was like canned dynamite.”  The fumes of the paint, ignited by Matte’s cigarette, engulfed him in flames.

“I work by myself, and I had no fire extinguisher, so I grabbed the only liquid I had, a bottle of Yoo-Hoo.  It didn’t do a damn thing, so I took off running.  I knew that the closest water source was the catch pond on the back straight at the entrance to Turn 3, and I probably set the World Record for humans getting there.  I can only imagine that seeing a flaming human running at almost 30mph for nearly a mile must have been quite a sight,” he said.

Matte made it to the catch pond and dove in, extinguishing the flames.  “Soon as I got out of the water, I knew I was messed up bad. I was still by myself, so I walked slowly back to where my stuff was.”

Matte had second and third degree burns over a good portion of his body, and he knew that he needed to act fast.  “I’m a country boy, and I know the miracles of corn starch and hog fat, so I painted myself completely with the paint I had in order to seal the burned areas.  The chemicals burned like crazy, but once that went away and the paint dried, I actually felt pretty good,” he said.  Good enough that he actually finished his job for the day.  “I took the next day off, which was the first and only day I have ever taken off in my 38 years on the job.”

When asked about retirement, Matte says that he still feels healthy and still loves what he does.  “The new OSHA-certified paints I have to use don’t work quite as well as the old stuff, but they still cover OK, just like me,” he laughs.

I had to ask him about the spelling of his first name, and Matte said, “I’m named after my Grandfather’s brother on my Mom’s side of the family. Dutch ancestry.” I told him that it can also mean the sheen of a paint’s finish, and Matte gave me a confused look and said, “Huh, you learn something new every day, I guess.”

The next time you watch the coverage of the Daytona 500 and witness a spectacular crash that has race cars bouncing like pin balls off of the pristine walls, you can be assured that Matte will take care of it.  He’s made a living brushing on the same walls that professionals have made millions brushing off of.

Thanks for covering for us, Matte. 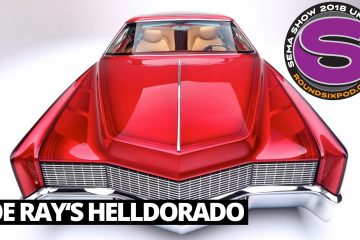 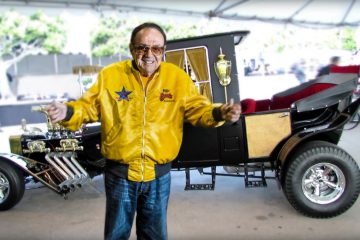