When I was a kid, NASA astronauts were like rock stars. They had an almost super-human quality. Considering the huge risks they took to go into space with the limited technology of the time, they were the ultimate daredevils. Nearly every kid wanted to be like them. Guys like Neil Armstrong, Pete Conrad, and Gordo Cooper were superheroes to us.

When I was in the second grade, I had a Buzz Aldrin brand button up sweater that was a hand-me-down from my older brother, Chris. It was red with the white racing stripe up the right side. I thought I was COOL, but like any growing 7 year old, it only fit me for about 6 months. Unfortunately, 4 of those 6 months were between June and September, and it wasn’t prime weather for wearing a sweater. Even still, I would wear that sweater like I was an Apollo astronaut strolling up my Saturn V rocket.

A few nights ago, I was scrolling through the menu of my Amazon Firestick 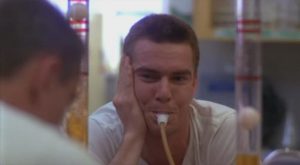 and came across the classic 1983 movie, The Right Stuff. It’s one of my favorite movies. It’s an excellent adaptation of author Tom Wolfe’s novel of the same name. For folks who haven’t seen it, it focuses on two important landmarks in aerospace. The first is the quest to break the sound barrier and the second is the creation of the space program. The movie has a great cast, but there’s one actor that steals the show. Dennis Quaid plays the role of Gordo Cooper, one of the Mercury Seven astronauts. As the movie progresses, you quickly discover that Cooper is the funnyman of the group, and a bit of a prankster. Quaid serves up an awesome performance, and because of that, you instantly become a Gordo Cooper fan.

As the credits were rolling, I was already on the laptop researching the man, and I came away with something I never knew before. Gordo Cooper was a complete gearhead who was obsessed with horsepower. 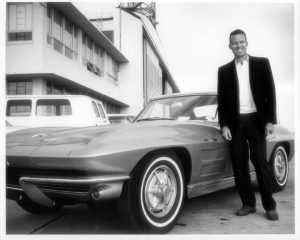 Gordo always had a love for things that were fast. His first day on the job as an astronaut at Cape Canaveral started out with a bang. Landing at a local airport in Central Florida, he had arranged for an enlisted man from the base to bring his new Corvette to the airport. Cooper then offered a fellow passenger on the plane a ride from the airport to the Cape. He started out by doing a 180 degree turn with the rear tires smoking, and proceeded to give his passenger the ride of his life.  They made it out to the highway, hitting speeds between 80 and 90.

He then looked over at the passenger and said, “Hi, I’m Gordo Cooper”. We’ve all heard the old saying about the importance of making a good first impression. Well, it didn’t happen this time. The passenger in Cooper’s Corvette was none other than legendary hardass Gene Kranz, his new boss at NASA.

Gordo Cooper was known to be a man who had a bit of a wild streak.  In May of 1963, he had been selected to pilot the upcoming Atlas 9 mission. There had been a lot of NASA reservations about the mission, primarily because of Cooper’s maverick ways. Some considered him a bit reckless and a risk taker. There was talk of Alan Shepard replacing Cooper as the Commander of Atlas 9, and Gordo was pissed off about it. Two days before the mission, he took a flight in an F-106, and proceeded to do a high speed low-pass inside restricted airspace over the Cape, buzzing the NASA offices. Witnesses said that he flew his F-106 so low that he was below the height of the 2nd floor office windows.

It caused such a fuss that Cooper nearly lost his Atlas 9 opportunity.  After letting him sweat it out for a full day, he was allowed to pilot the Atlas mission. A mere 24 hours later, Gordo Cooper went into the record books as the highest and fastest man alive, completing 22 orbits of the Earth during his 34 hour long mission, traveling 546,167 miles at 17,547 mph, achieving an altitude of 165 statute miles. He was the first American astronaut to sleep not only in orbit, but on the launch pad as well during a countdown! Cooper became a superstar and a household name.

Hot Dog had finally done it. 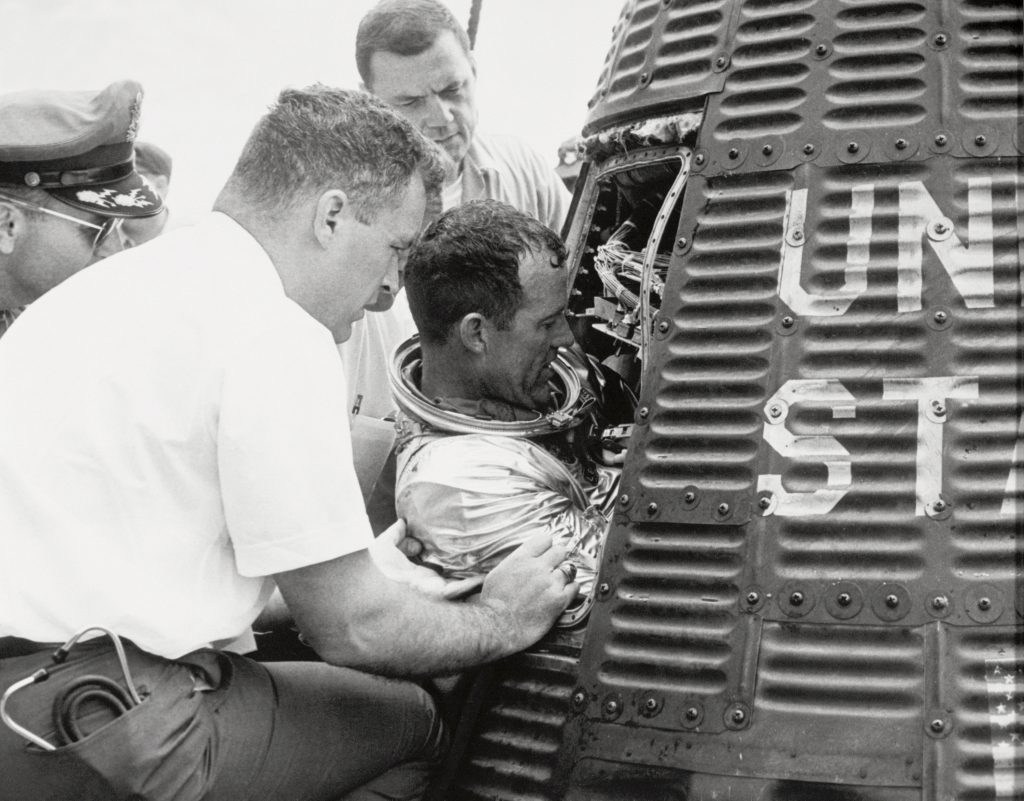 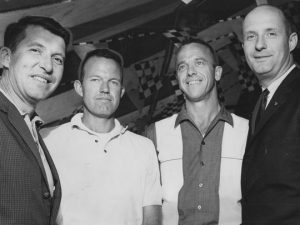 With his newfound fame, Cooper turned to one of his passions, racing.  The local Chevrolet dealership in Melbourne, Florida was owned by the 1960 Indy 500 winner, Jim Rathman. Through an invite by Rathman, Cooper attended the 1963 Indy 500 and was hooked. He even wanted to drive a race car around the oval, but the race officials said no.  That same year, he started GCR, Inc., which was a company that designed, tested, and raced cars at USAC events.  The initials GCR stood for Grissom, Cooper, and Rathman. It was a partnership with Jim Rathman and good friend and fellow astronaut Gus Grissom. They also did tire testing for Firestone, and even pioneered the installation of turbine engines on race cars.

Gordo Cooper was back at the Speedway for the 1964 Indy 500 with three more of his astronaut buddies: Alan Shepard, Wally Schirra, and Thomas P. Stafford. The race was a horrific affair, best remembered for a first lap crash in which two drivers died after being engulfed in flames. But neither Cooper nor his astronaut pals were deterred. 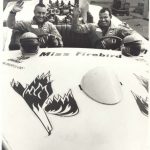 That same year, Cooper entered a boat in the Salton City 500 Marathon Boat Race. Cooper got up to as high as fourth place out of a field of 189 boats before his engine block cracked and the boat was retired. In 1965, he and Gus Grissom entered the same Salton City race.  This time, they came with the sleek Miss Firebird, equipped with two Edelbrock-prepped 427 Corvette engines capable of producing over 1,000 horsepower.

Unfortunately they were disqualified when they turned up five minutes late to the driver’s meeting after their car ran out of gas on the way to the event. 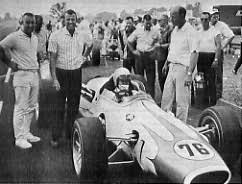 BACK AT INDY, BUT THIS TIME WITH A CAR

For the 1966 INDY 500, the GCR boys got serious. They brought a rear-engine supercharged  Offenhauser called the Pure Firebird Special. NASA soon discovered that the “G”and “C” in GCR stood for Cooper and Grissom, and they weren’t happy about it. Gordo and Gus hadn’t notified NASA of their Indy venture. They were eventually allowed to continue, but only as team owners. Greg Weld was hired to drive the car, but crashed it on his final qualification attempt.

The car was repaired, and Art Pollard drove it for the rest of the season with a couple of solid finishes. 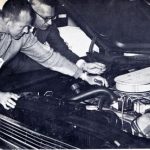 In another interesting bit of trivia, Gordo Cooper was the owner of the first 1966 SOHC 427 powered Galaxie 500 that commercially available to the public. There were a total of only two of these cars built. They were built by Ford in an effort to get NASCAR to legalize the SOHC 427 “Cammer” for racing. Cooper was given one of the cars to drive several months for publicity purposes. The car was an inconspicuous Emberglow rust color, but it was a race car in street guise.

It had been built by Ford’s covert experimental “X-Garage”. The battery box was on the floor behind the passenger seat.  It had black steel rims with Firestone Wide ovals and small hubcaps. He used to brag that he had driven the car at nearly 180 mph on a few occasions. Cooper returned the Cammer back to Ford when the lease expired, and the car was never seen again. 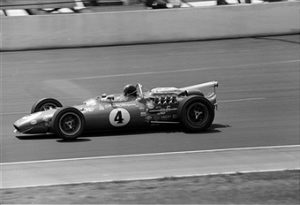 NO GUS, NO GLORY

In 1967, they were back at Indy, but with a heavy heart.  Gordo’s friend, Gus Grissom, had died on the Apollo 1 launch pad on Jan. 27th, 1967, along with astronauts Ed White and Roger Chaffee when fire swept through their spacecraft during a pre-launch test. They had a solid sponsorship from Smirnoff Vodka, who was promoting their new Skyball product. Speedway officials nixed the deal because USAC didn’t allow sponsorships from hard liquor companies. In the end, the loss of sponsorship didn’t matter, as the car failed to qualify for the race. After the race, the astronaut who was laughing loudest was Wally Schirra, who had very quietly been a part owner of the third place finisher Joe Leonard.

Cooper at last got what he’d long wanted. Speedway officials finally allowed him to climb into a race car and take a few laps. They prohibited him, however, from standing on the gas and running all out.

Gordon Cooper had always been itching to get behind the wheel of a race car and compete. In 1969, he nearly got his wish at the annual 24 Hours of Daytona endurance race. He qualified his Bud Moore-prepped Cougar 25th in a field of 67, ahead of notables such as Sam Posey and Ricardo Rodriquez. They finished in 67th place because NASA had threatened action against the race promoters. NASA argued that Cooper was still under contract as an astronaut, and therefore, they refused to allow him to race.  Cooper was on contract to be the backup commander for the upcoming Apollo 10 mission, and NASA felt that the risk to injury was too high. 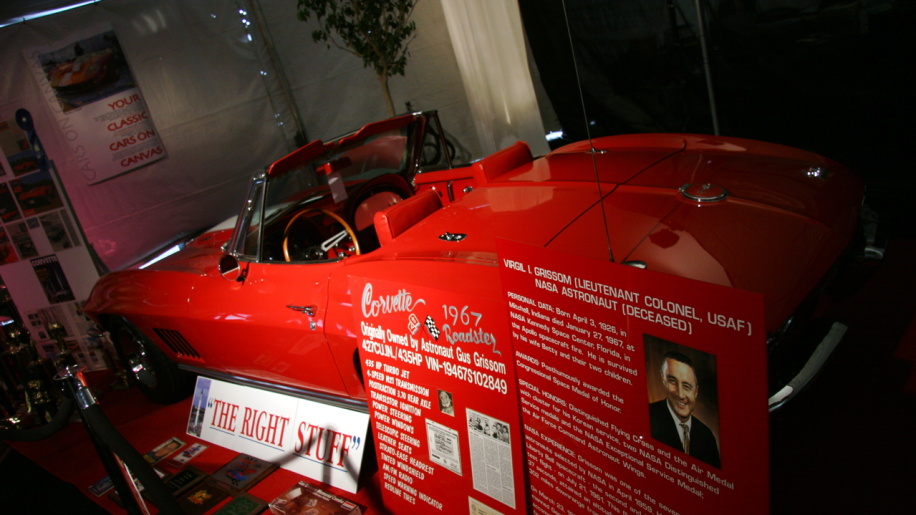 One of the perks of being an astronaut was the availability of driving some of the coolest cars of the day. Chevrolet VP Ed Cole had worked out a deal to lease cars to astronauts for $1 a year, and nearly all of them chose Corvettes. This loan program continued into 1971, until the government began receiving complaints about GM getting free advertising from the space program. A few of their leased 427-powered Corvettes have resurfaced through the years, most notably Grissom’s 427/435 horsepower 1967 Corvette, which he bought a few months before his untimely death.

In their off-duty time, Gordo Cooper and his astronauts pals used to take their Corvettes to secluded areas around the Cape and drag race each other. Ever the prankster and competitor, he had the local Chevy dealership secretly change the rear gear ratio in fellow astronaut Alan Shepard’s Corvette before they raced. Shepard never figured out why he always lost to Cooper and Grissom until they finally fessed up about the switch.

AN ASTRONAUT TURNS IN HIS WINGS

Not thrilled at the concept of a desk job, Gordon Cooper retired from NASA and the Air Force in 1970 at the rank of Colonel. After retirement, he served on various boards as a technical consultant on projects ranging from high performance boat design, energy projects, construction, and aircraft design.

Every shooting star eventually comes back down to Earth. Gordo Cooper developed Parkinson’s disease and died from heart failure at his home in Ventura, California, on October 4, 2004. He was 77. Ironically, his death occurred on the day of the 47th anniversary of the 1957 Sputnik 1 launch. But Hot Dog still wasn’t done going into space. In April of 2007, Cooper’s ashes (along with Star Trek actor James Doohan and others) were launched into space on a sub-orbital flight. Their ashes returned to Earth, but were lost in mountainous terrain. They were eventually found and returned to their respective families. One portion of those recovered ashes was lost when the Falcon 1 rocket carrying them failed two minutes into flight.

The second portion was launched on a 2012 SpaceX flight bound for the International Space Station. The second stage booster that his ashes were riding in remained in orbit for nearly a month before finally burning up on reentry into the atmosphere. 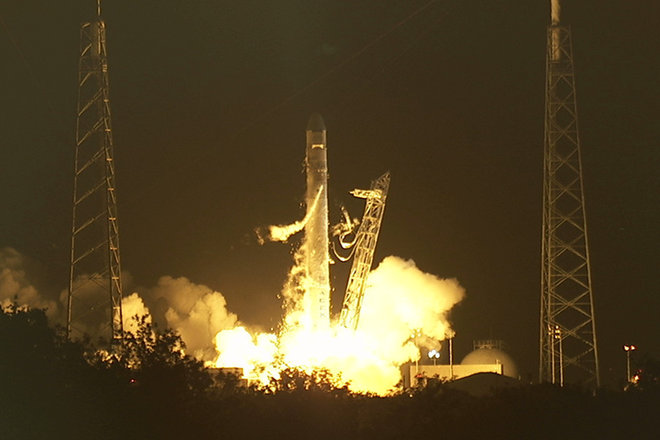 But with Gordo Cooper, you wouldn’t expect anything else. He was a rock star all the way to the end.

All images within this document were sourced from existing internet sites.  Please support those sites by visiting them for additional information on this subject.

Line Weight is Everything