When I worked with Disney, I was a lead artist at Cost of Wisconsin. Cost was the company that was chosen to build all of the hanging vines, most of the artificial foliage and rock work for Disney’s Pandora-The World of Avatar theme park. 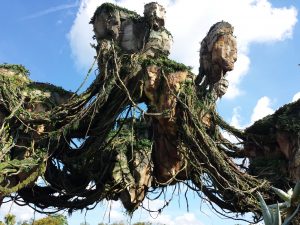 I’M NOT GONNA TELL YOU HOW TO BUILD THEM

Disclaimer: This is not a “How to” article on building vines or trees the Disney way. The composition and construction details of what we built are the intellectual property of Disney. I can’t show build or in-process photos. Rather, this is a quick peek into my hopefully not just once-in-a-lifetime creative experience.

The Craigslist ad I answered didn’t say, “Looking for someone to be a process engineer, a tooling engineer, a mechanical engineer, a welder, a painter and a sculptor for a huge opportunity to work with Disney.”

It just said, “Looking for an artist.” 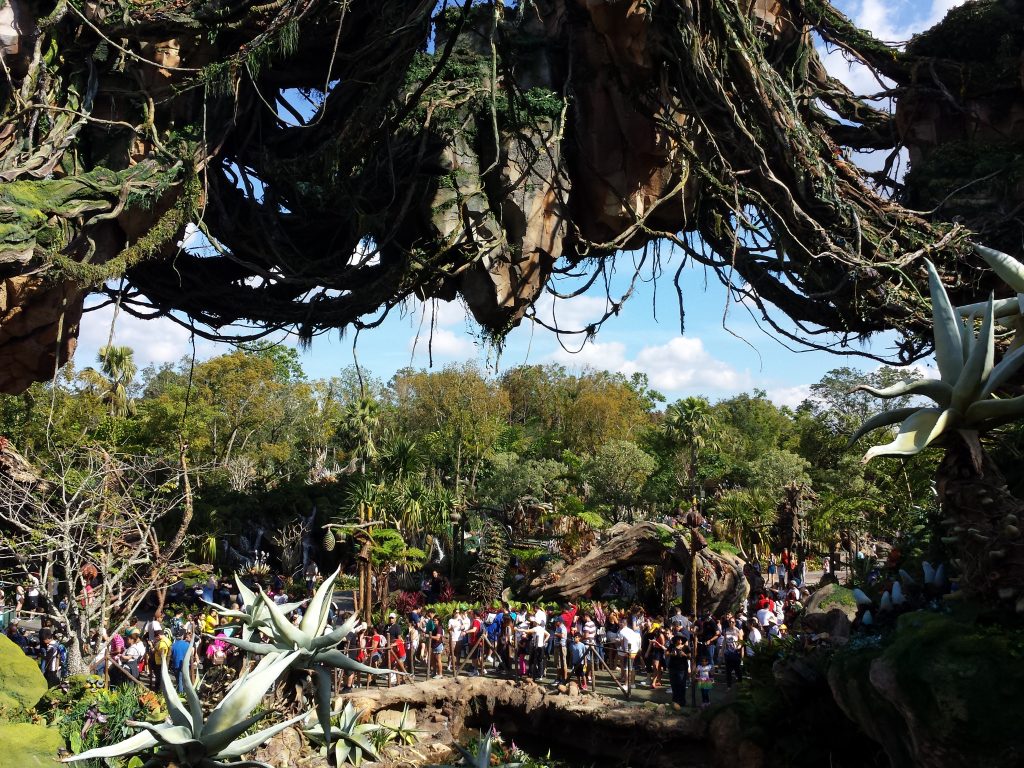 I ended up convincing the good folks at Cost that I was, in fact, an artist.

Two weeks later I was in Burbank CA, in Disney’s Animation (Animatronics) studio with two other Cost employees, working with Disney artists on construction and painting solutions for vines and trees on Pandora.

The three of us, and the Disney crew, spent the next two and a half months hammering out fabrication and construction details. In sunny Burbank. On the Disney campus. We were included in their company celebrations including their Halloween, Thanksgiving and Christmas parties! I was even invited to draw with Disney artists at their weekly live figure drawing session. Including one session with famed model Stacey Walker. 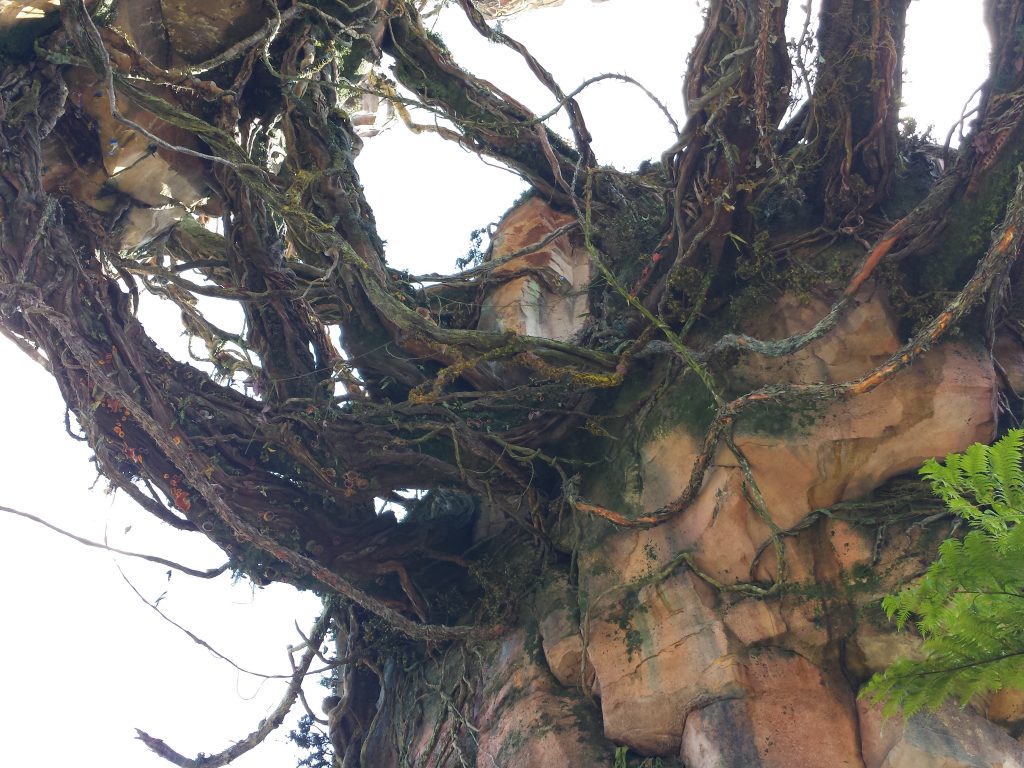 Not only was it a culture shock and a cold slap in the face when I came back to Wisconsin from warm southern California in late December, but it was when the real work started!

I was charged with the construction (skeleton if you will) and final paint of all of the vines and trees. As this hadn’t been done before, I came up with the process of how we were going to build the vines and trees at our facility. I also needed to come up with specialized tooling and a way to move the tooling around the vines easily and without fatigue. In addition to building the vines, trees, foliage, and rock work, the company (Cost) built a machine to make the “skin” in house as well. I was asked to design and build a system to automate a portion of this machine. So I did. With go-kart tires, a motor, a homemade gearbox, channel iron, sprockets and a bunch of chain. It’s very satisfying to see something you dreamt up and built function well!

At the same time, my counterpart, was charged with the covering (the stuff on the skin) of all of the vines and trees and she also oversaw the design and construction of all of the plants, foliage and grasses. I say this in just one sentence, but it was a huge undertaking! 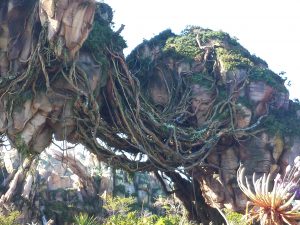 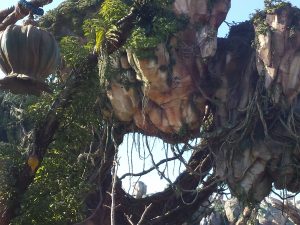 All in all there were close to 900 vines. They ranged from 2 ft. to 60+ ft. in length and from half and inch to 3 ft. in diameter. Some were relatively straight while others twisted and corkscrewed like a Willy Wonka coil spring. And EVERYONE of them had a blueprint that we had to build to. With different connection types (other vines may connect mid vine as well as on the ends) and styles of vines the blueprints were a must! We were building these to fit between two points in space that weren’t there yet (Pandora floating rocks) and to spec, so we had to trust another vendor would build the supports to print so the vines would fit in place as intended.

We built nearly 3000 trees and twice that many plants and foliage. The end result after placement and final paint in the field is amazing! I heard that Cost received a congratulatory note from Disney reporting that all of our vines, trees and plants made it through hurricane Irma without incident! Unfortunately, a few of the natural trees didn’t fare so well.

Enjoy a drone flight around the park:

To say that I am very proud to have my hand in this project would be an understatement. It led me to work with some wonderful and talented people!

P.S. While in California, I was able to cross a few things off of my bucket list. I’m just going to list them here.

–Was invited to Tom Fritz’s house and talked art and hot rods!

–Took a tour of Chip Foose’s shop, met him and talked art and hot rods!

–Met with Steve Stanford and talked art and hot rods!

–Took a Tour of Jay Leno’s garage, met him and talked hot rods, but not art!

The drone footage is courtesy http://www.InsideTheMagic.net