HOW A CLASSIC CAMARO CHANGED MY LIFE 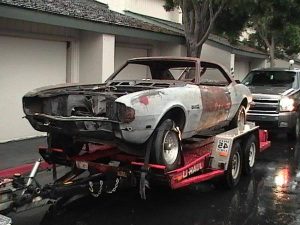 I won’t lie; I wasn’t always a fan of the Camaro that I commonly referred to as ‘The Mistress’.

When the Mistress came into my life, I did what every significant other has probably done – I set limits. How much time and money were going to be my way of guaranteeing that the Mistress left the garage and didn’t become a beer rest for the armchair racers and mechanics of the neighborhood. I also bitched (and bitched) a lot. I feel your pain if you’re the other half of a terminal project guy. And I know what it’s like to have the yoga Moms walking by with a look of disdain as they point to your garage and whisper.

Low and behold about 18 months into our life with a Mistress and six months shy of my deadline – she came to life. Suddenly my jealousy of her, decreased. No longer (so I thought) would she command hours and hours of my partner’s time, energy and money. And, she was no beauty queen, nothing to be jealous of in the looks department for sure.

A few months after getting the car running, the Mister was off to the races. In the beginning I had a good time taking pictures and generally having a great sense of pride that the once-hollow steel shell of a car that he unearthed two years prior was actually driving. At this point, I had little interest in riding in the car for fear the doors would fall off if we hit a pothole. Driving the Mistress was out of the question.

Fast forward a year or so and the Mistress remains firmly rooted in her position within our family and consequently in our driveway – pushing my grocery-getter to the curb. At this point, I’ve tired of taking photos and bragging about the Mister’s handiwork while standing on an abandoned airport tarmac for hours and days on end. Additionally, the Mistress now has a pretty paint job, matching wheels and the rubber-equivalent of a closet full of Christian Louboutin shoes. Jealousy finally rears its ugly head. And, like any good woman eventually concludes: If you can’t beat ‘em, join ‘em. Off to driving school I went and within two years of the Mistress – officially called ‘Plain Jane’ –  leaving the garage, we pushed my shell of a racecar project into the garage and started working on a whole new project. Mama’s gonna race. 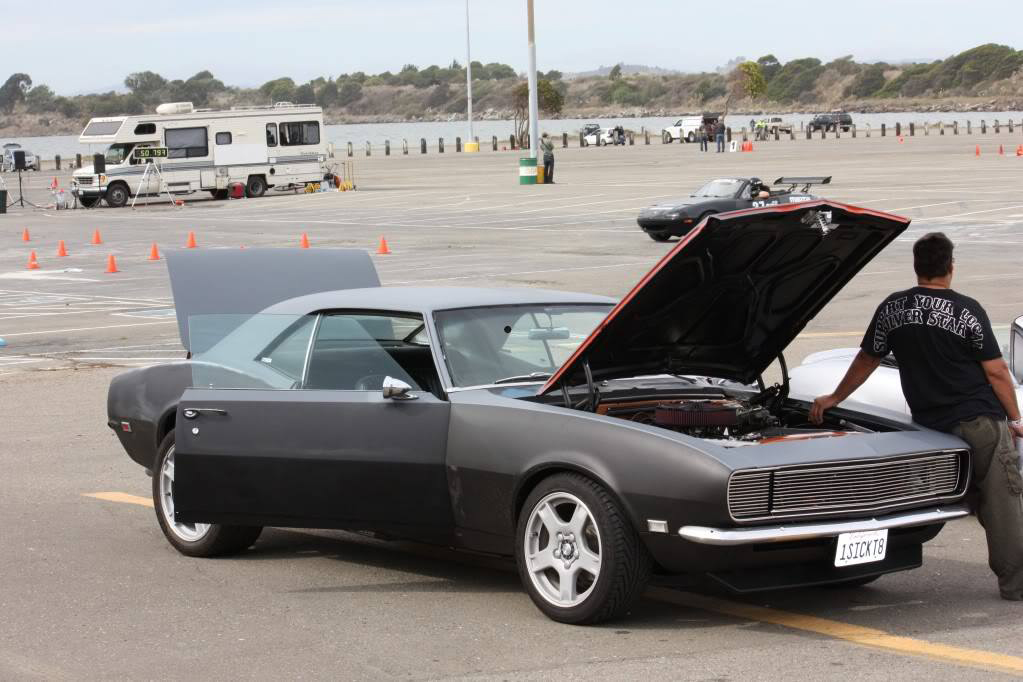 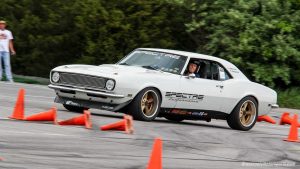 Now, you say: ‘How the hell is that changing your life?’ Well, let me tell you. Not only does a woman (regardless of her age) driving a classic Camaro get a lot of attention, it also gives her instant credibility with the racing community. Hauling the mail around a track in 3,000 pounds of steel with a non-compliant Super T-10 four speed, isn’t exactly lady-like. Suddenly my weekends were filled with friends, laughter and camaraderie. No longer was I ‘Rodney’s wife, who brought the salad’, I was Suzy the co-driver of the white Camaro. Supportive coaching, great advice and post-race festivities became the weekend norm and I quickly amassed friendships all over the country.

Fast forward another couple of years and it’s now my turn to have something on the side. That project we rolled into the garage a few years back (and four homes in three states ago) has made its debut.

And let me tell you, that bitch is going to take over the world.

Benchracing With the Veazie Brothers