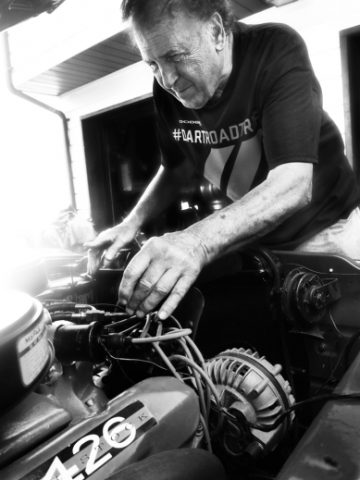 While the Max Wedge reached its pinnacle in 1964 when the Stage III version was released, the legacy lives on in the garage of Mr. Jerry Stein.

One of the most respected of the Stock Eliminator racers, Jerry managed to not only have a career as a Physical Education teacher, but raise a family as well. All while besting the bigger-budget ‘other’ makes on the track. As a young man, I had looked up to what Jerry was achieving. I marveled at what ingenuity and creativity, coupled with a deep understanding of the mechanics involved could produce. In Jerry’s case, it was success after success on the strip, netting him NHRA records, and a very impressive collection of trophies and accolades.

I was honored with the opportunity to visit with Jerry as a stop on the Dart Road Trip, riding along with another of my automotive heroes, Mr. Steve Magnante! Never could I have imagined riding shotgun with a walking encyclopedia of all things Mopar.

Stopping with him and visit Jerry Stein, and see, in person, not one, but two of the Teacher’s Pet cars! It made for a number of raised-pulse moments with every turn and glance around Jerry’s garage, and certainly etched that afternoon deep into my brain.

A deep history in the rank of Junior Stock, he was the racer that Chrysler hated. He could run fender-to-fender with the factory-backed, HEMI-powered cars (11.14 ET at the ’71 NHRA Grandnationals!), despite having no factory backing until the early 1990’s. Consider that for a minute.

Here was a guy who had the skill and brains to compete with the factory-backed cars. While doing this as a weekend hobby.

You know you’ve made an impact on the sport when you’ve managed to run circles around the legendary Ramcharger chief Tom Hoover. There was a guy with run of the engineering labs, access to virtually everything he needed, as well as some of the brightest hot rodders to ever work as a team. Along comes a gym teacher from Jersey who just happens to keep up with and occasionally blow your doors off.

Rather than clutter what was indeed a tremendously visual visit to the garage of Mr. Jerry Stein, I thought it best to approach this entry much the same way as I did in person.

In quiet reverence of the incredible history and collection of rare and just plain cool parts and pieces contained within. Enjoy. 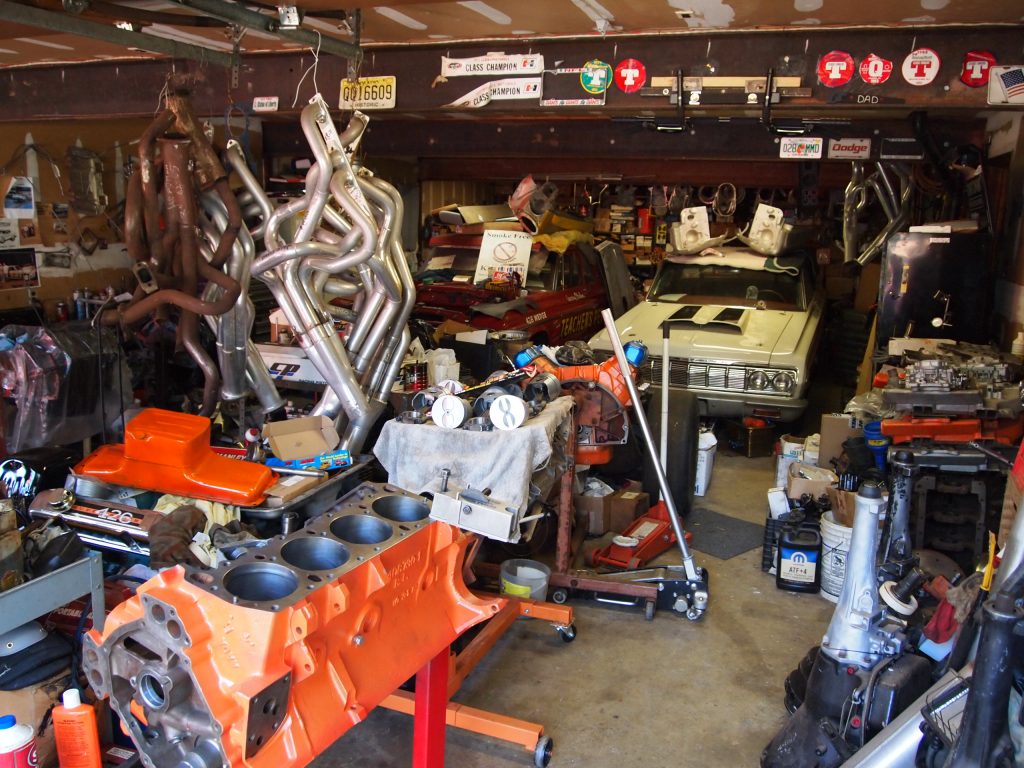 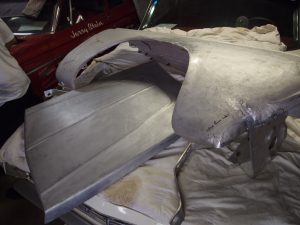 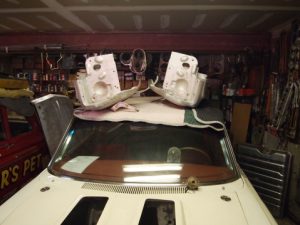 Aluminum front end pieces? Yeah, Jerry has those, as well. Consider what seeing these did to my inner 14 year-old: I had only read about these as a car-obsessed kid. And there I was on a sunny NJ day. Staring down a pair of aluminum fenders, resting atop a Max Wedge car, in Jerry Stein’s garage. With Steve Magnante. Mind blown.

Consider just how cool this is? Aluminum pieces used for weight savings back then would have been considered exotic. My Challenger has an aluminum hood. The weight-saving materials on the Dart Rallye we drove to Jerry’s place, along with the technology on board would have seemed far beyond exotic in the days of the Max Wedge cars.

Having both the Dart and the classic racing parts and cars in one place was a study in contrasts. Yet, the logical progression from drag strip to fuel-efficient thinking and design seems quite natural. Following this visit, my mind has been working over-time on some ideas to combine the power-hungry Max Wedge days with the modern day Dart, but more on that in a future blog.

Seeing the aluminum fenders in question, it was as though I had peered back through time on a number of levels.

As an aside: Growing up, I was (and remain to this day) a custom car fanatic. Taking the aluminum front end story a step or two beyond the lightweight racing purpose, consider how, just a year after the Max Wedge cars dominated, the mighty Hemi was to return. I mention this simply because of the unique tie it has to my custom car appreciation: In ’65, the first Hemi cars were slated to become Max Wedge cars, much like the pair you see here. These were switched to become Hemi cars.

A few were shipped to the famous customizers, the Alexander Brothers in Detroit, to be converted to altered-wheelbase cars (having the wheels moved forward in the chassis for better weight transfer). My mechanized adventure in Jersey continued to scramble my gray matter. I was standing in the presence of history, and inching closer and closer, in terms of degrees of separation, to realizing so many of the car-crazy dreams of my youth. I was beginning to fear that the goosebumps may never go away, and that was just fine by me. 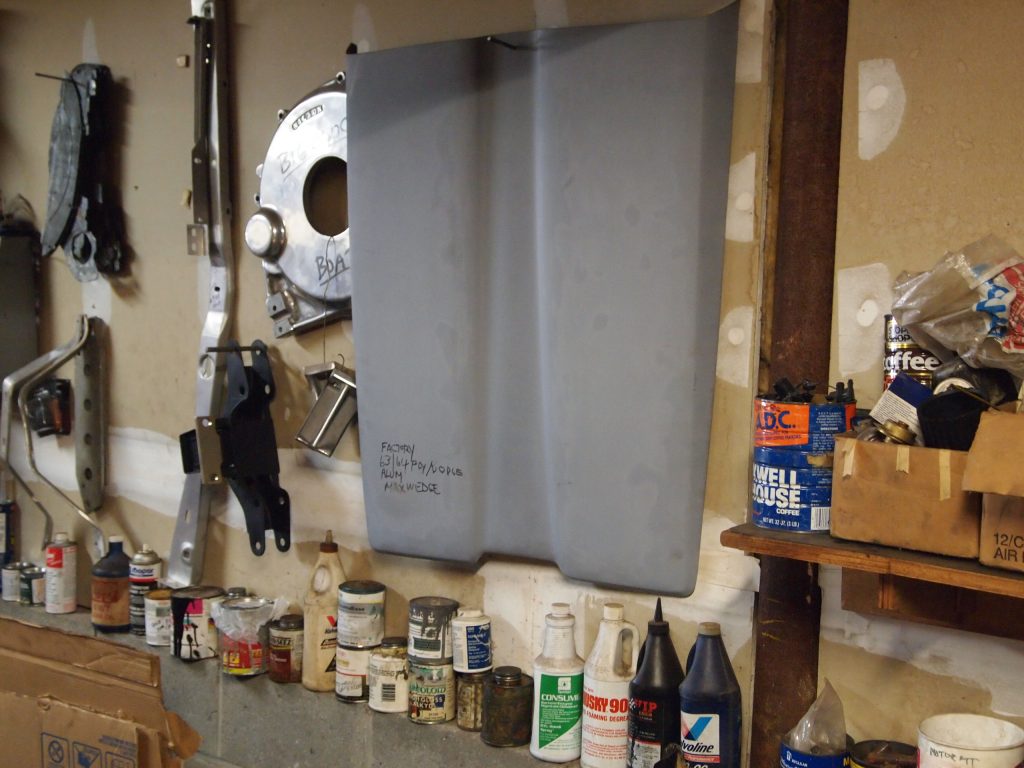 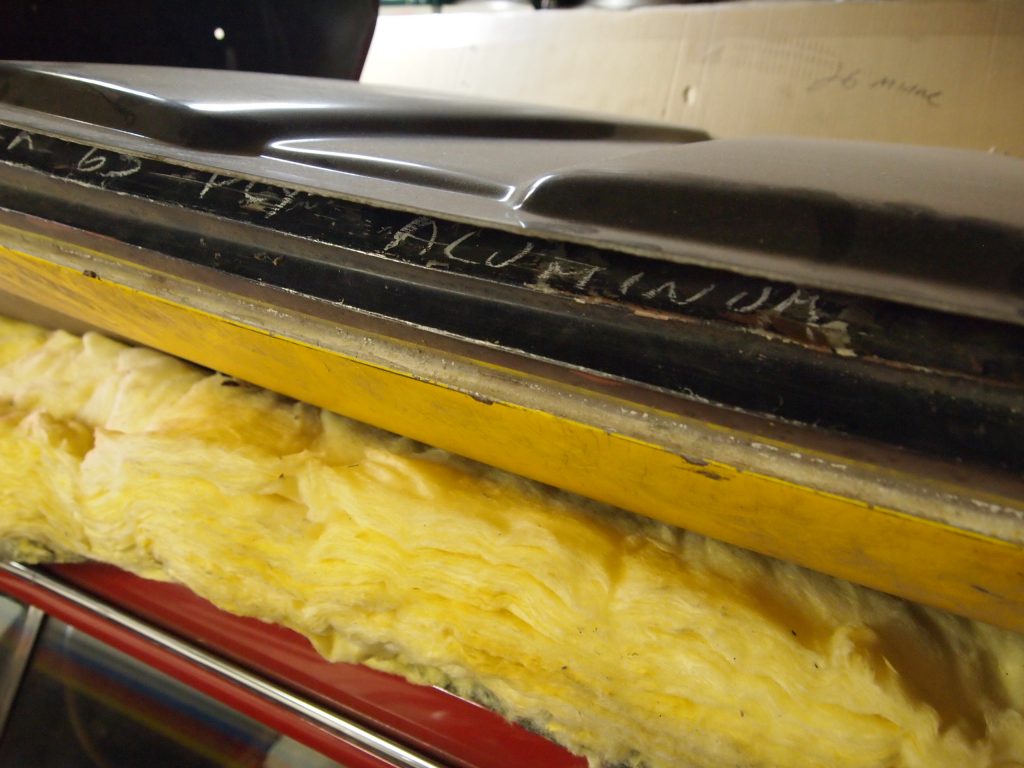 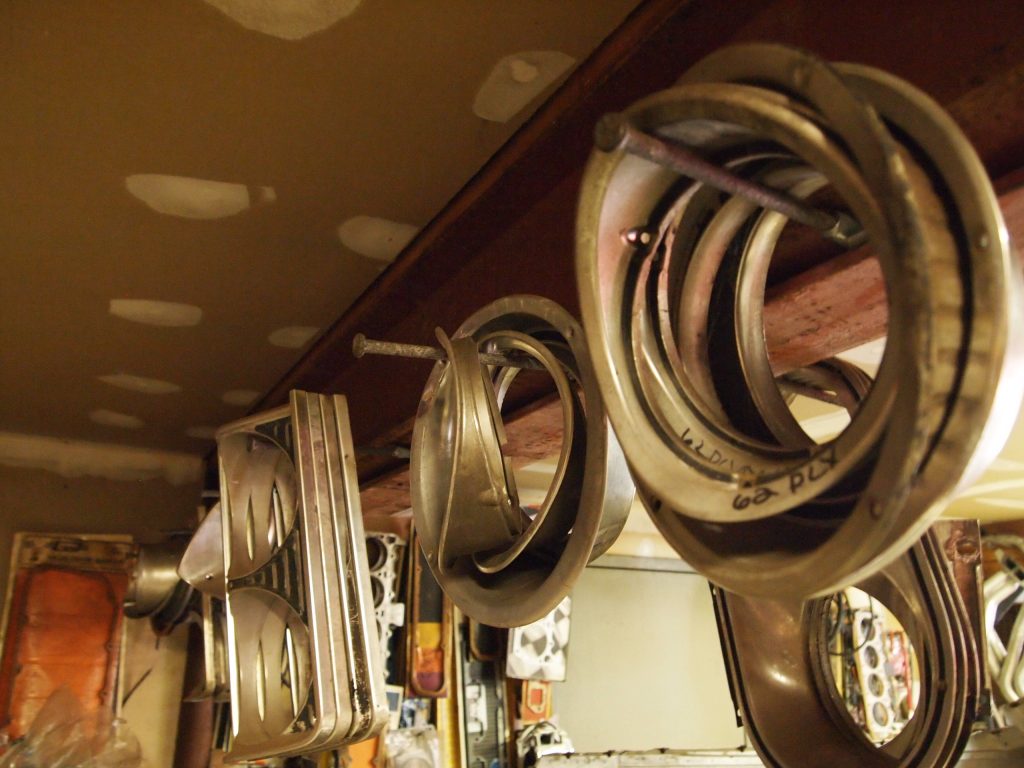 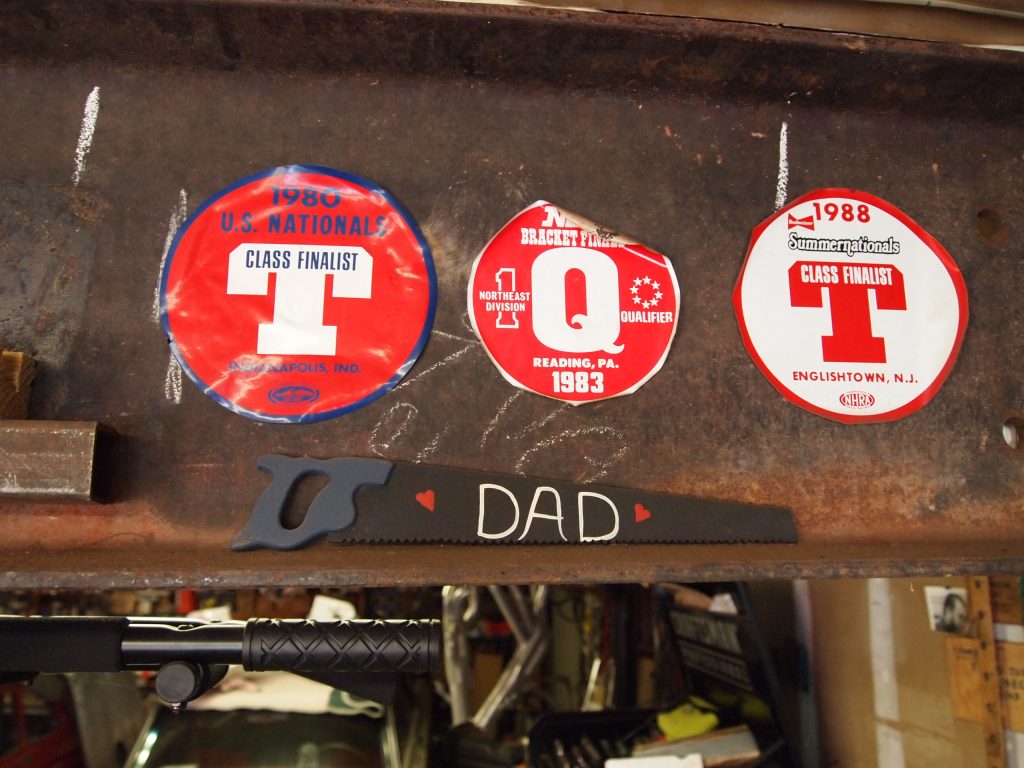 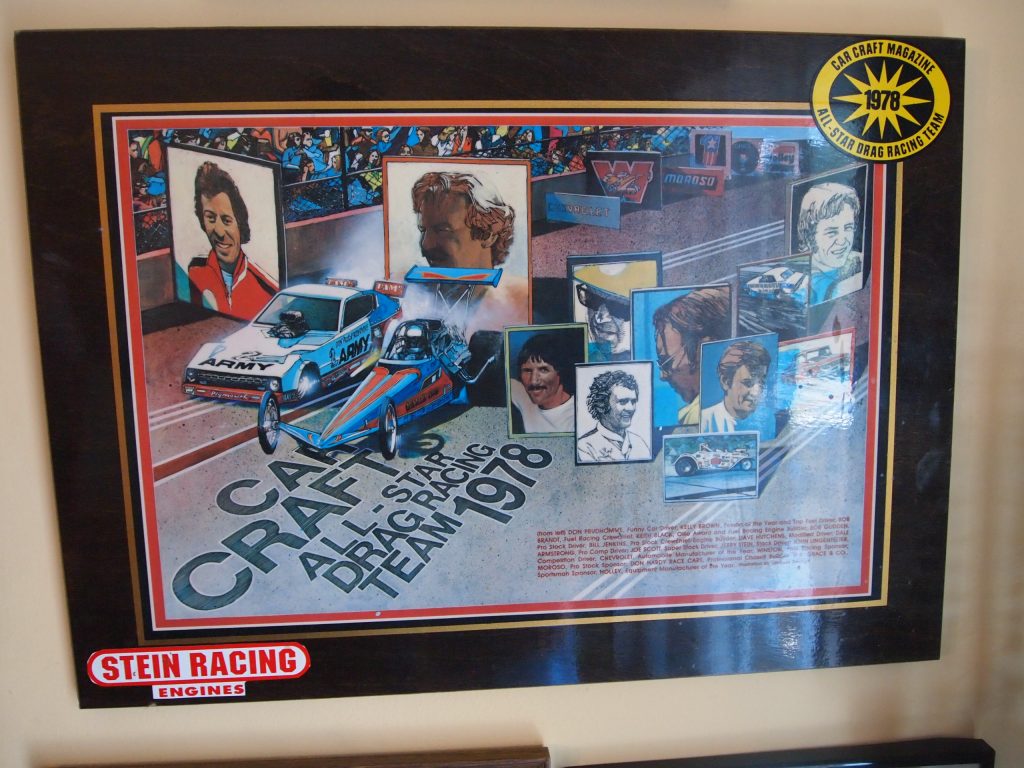 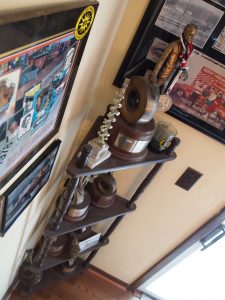 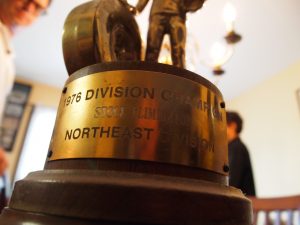 Where’s Wally? In Jerry’s dining room. Many times over.

The man has a BUNCH of trophies in his possession, and the Wally is as cool as it gets. Seeing a gaggle of them, well… And seeing them displayed in this suburban home was sort of a surreal experience.

What was very cool, too, was seeing Jerry immortalized on the 1978 Car Craft All-Star Drag Racing Team plaque. Dig who he’s illustrated with, and you begin to feel this enormous sense of accomplishment in the room. It’s palpable.

This selection of photos scratches the surface of our visit to Jerry Stein’s incredible collection of racing parts and history. I truly hope that you feel as though we were there together. It bordered on overwhelming at times. Attempting to mentally catalog all that was contained in that garage, as well as listen to Jerry tell some great and entertaining tales. And Steve pointing out unique parts and supplying facts and figures which brought that history to life. This was certainly a day that I’ll never forget. Hopefully you’ve seen a few things here that you’ve always wanted to see, and will never forget as well. 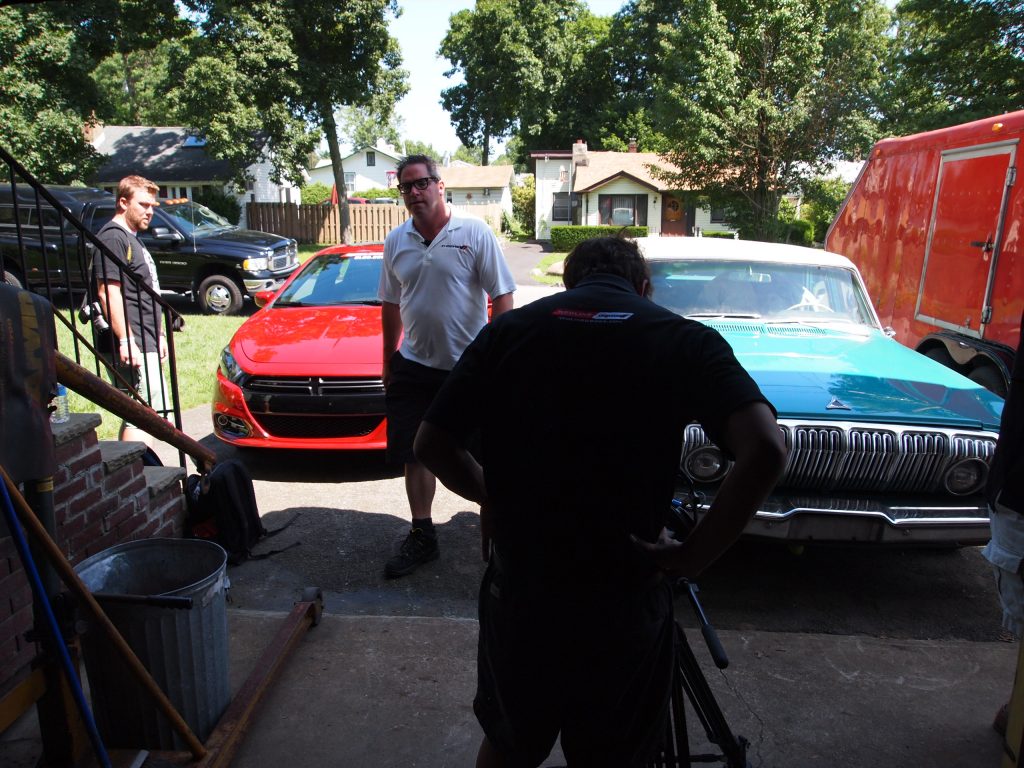 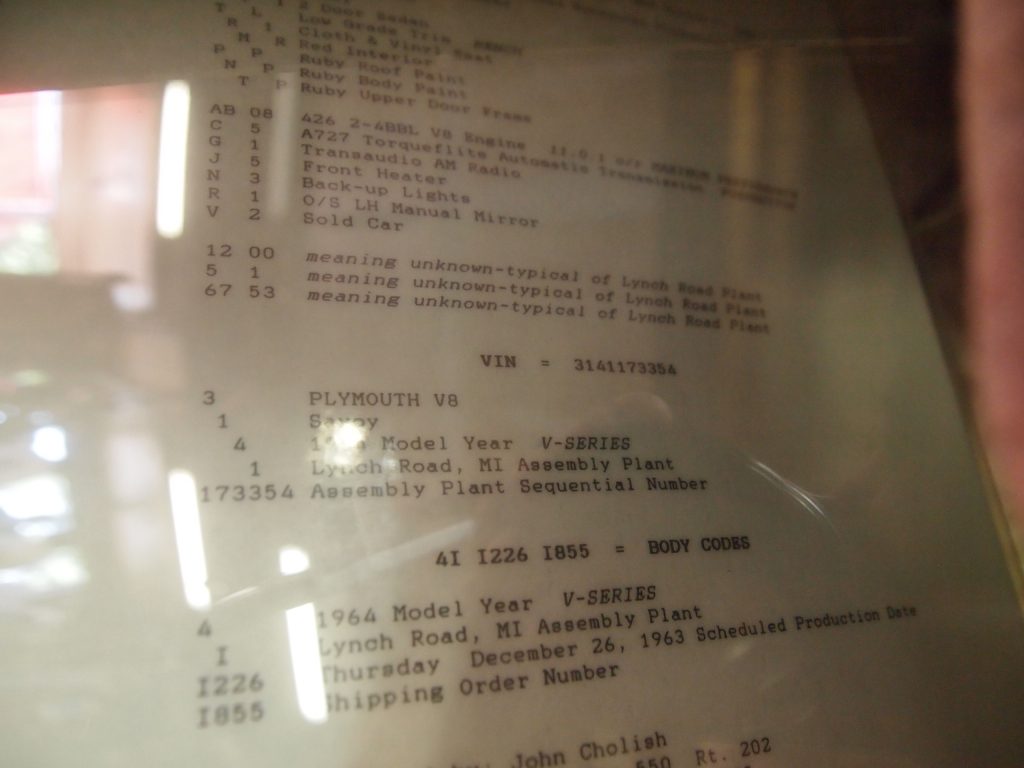 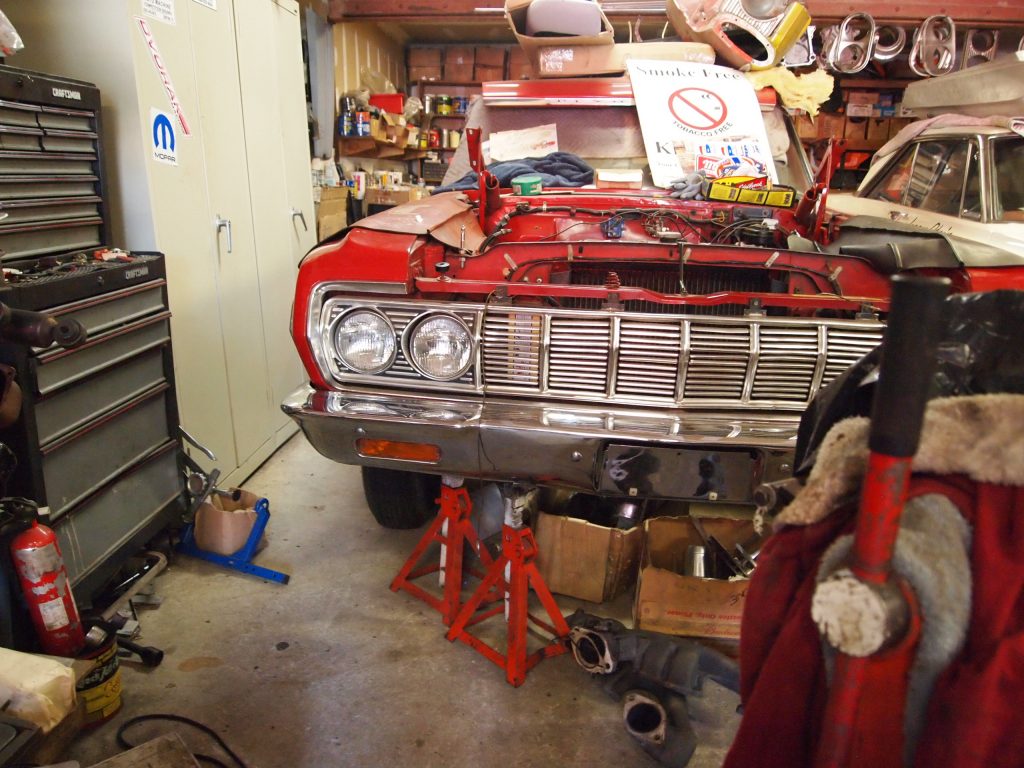 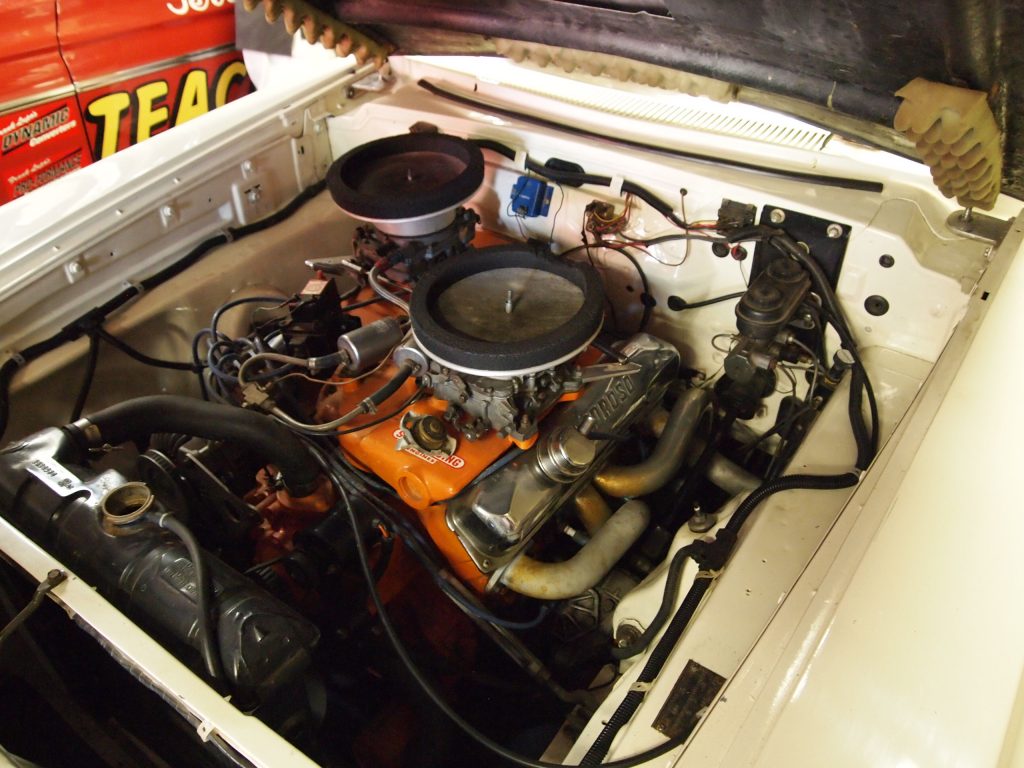 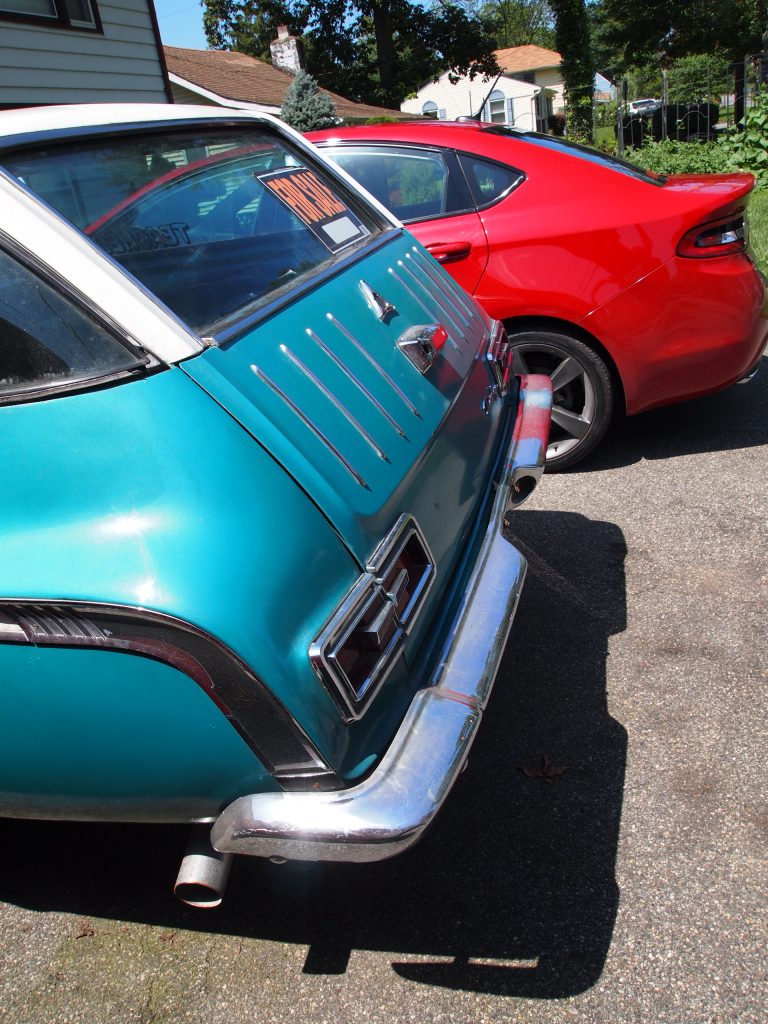 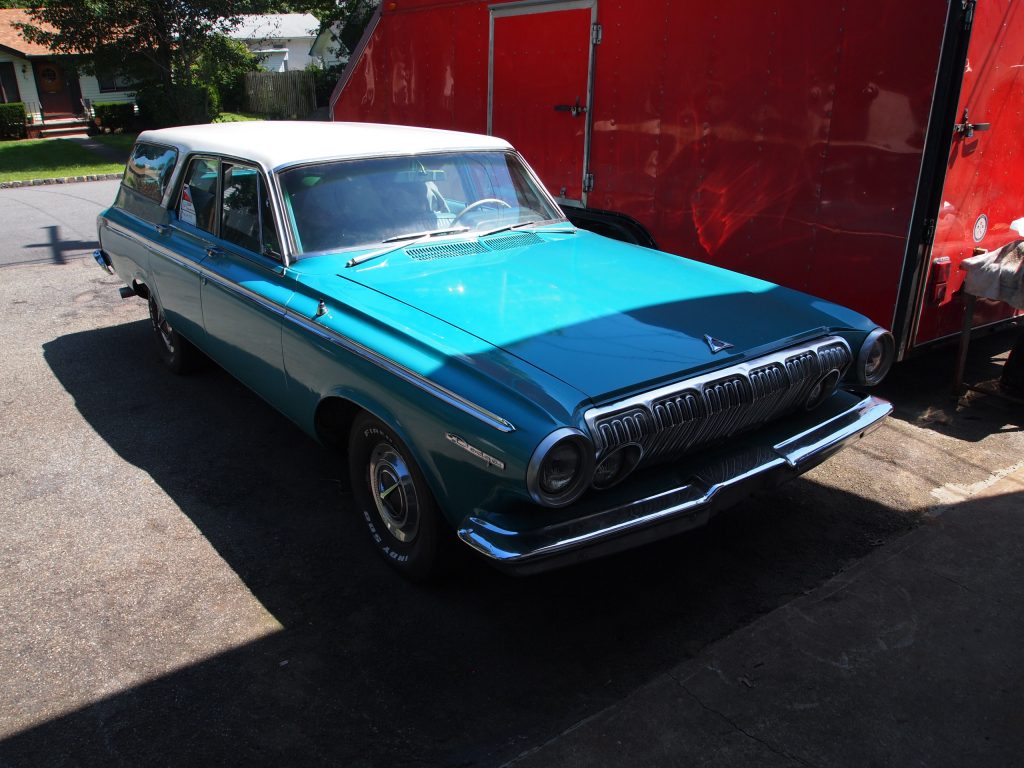