I’m going to do my best and explain how “Ron’s Brush Bash” came about with so many talented painters/stripers/letterers gathered at one event, and how I was fortunate enough to become involved. 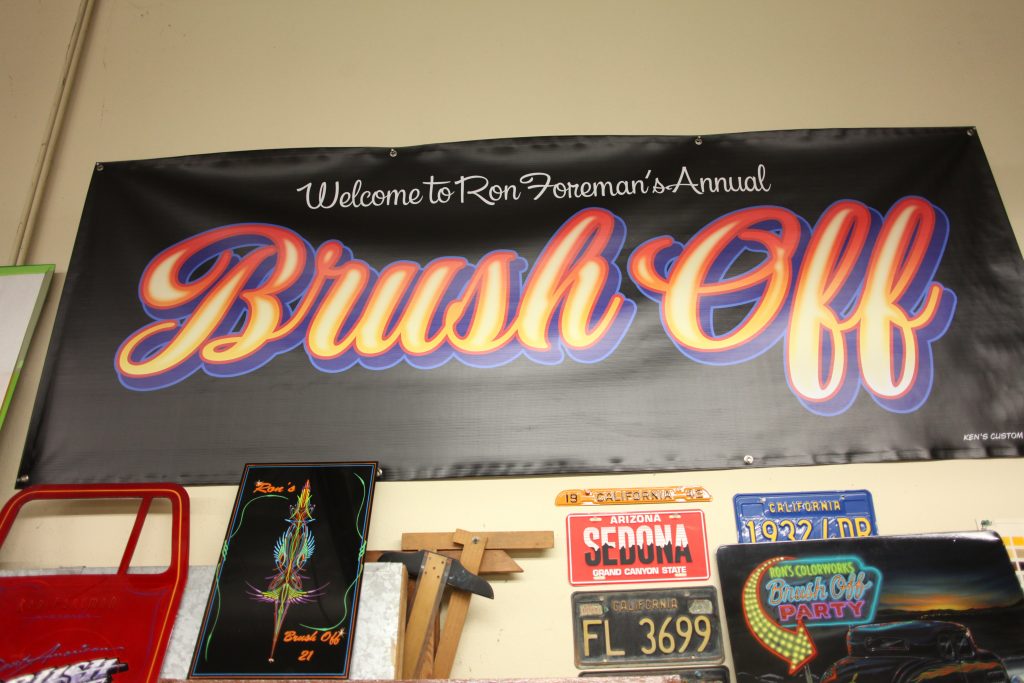 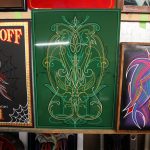 After I’d moved back to California from Oregon in the early 80’s, I was a pinstriping fool, painting everything I could get my hands on. In 1985 I was in San Bernardino talking to well known striper Lil’ Louie, and he invited me to a party that striper Kim Dedic had being doing in Fullerton for a couple years. After meeting up with “Wild” Bill, we headed over and I was overwhelmed by who was there, as I’m ACTUALLY talking to Ed Roth and he’s introducing me to Kenny “VON DUTCH” Howard among others! To say I felt intimidated is an understatement!

These were guys I’d read about, and were standing next to me talking about brushes and the best way to do stuff. And here’s me, a dumb 22 year old just trying to fit in. 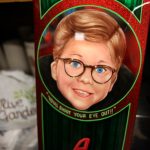 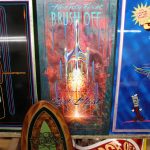 After a couple of years more, the event had outgrown the modest shop hosting it and it found a new venue. This party had now moved to Santa Fe Springs to the Mooneyes building and it BLEW up! Celebrities were showing up just to see what was going on, bands played and now it was a serious party! After it grew to becoming a serious traffic and parking problem, it was moved to Irwindale and is now just called the Mooneyes Christmas Show! By this time Phill Whetstone (another seriously talented painter/artist) was fed up with no parties for just stripers and decided to do something about it. Twenty one years ago he started the very first “Brush Off” and made it an invitation only event. As it grew in size, the work involved had taken it’s toll and after 10 years Phill’s Brush Off became Ron Foreman’s party.

This years was Ron’s 11th (STILL invitation only) and last get together and by far the biggest volume of talent from all over the US I’ve ever seen! Now the torch has been passed and I can’t wait to see who gets invited next year! 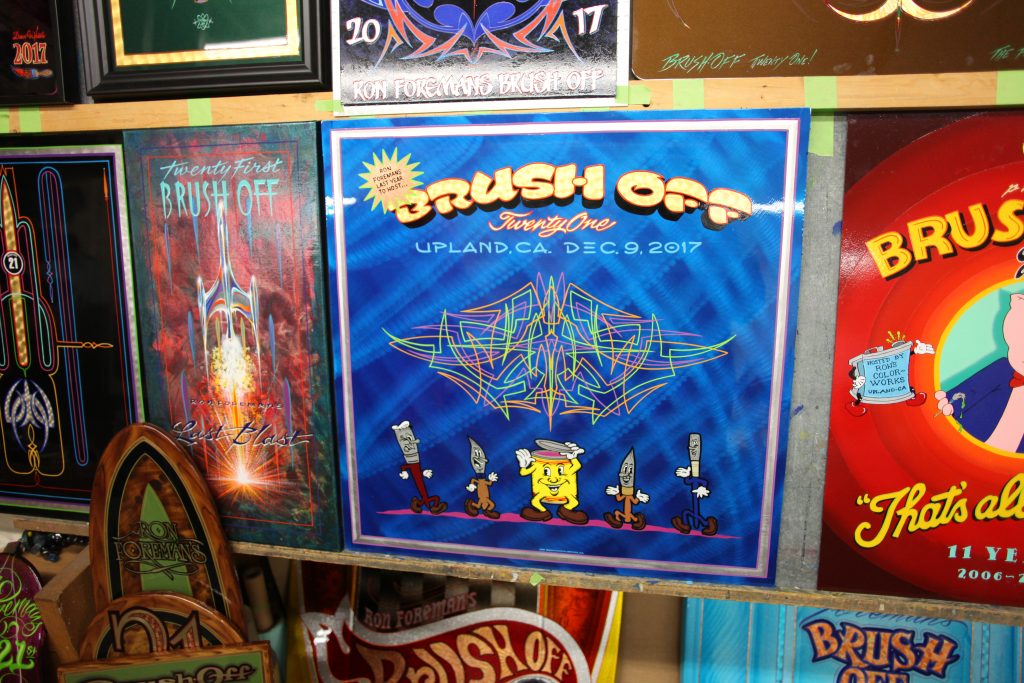