Speaking of Mandelbrot and his cohorts, today I present the Brian Degree of Injective Idiocy. I hope to illustrate the vast complexity of idiots and their behavior. By describing said behavior as a sort of Menger sponge. That being something which exhibits an infinite surface area and zero volume. Based upon the idea of the Facebook news feed. See that? Practical, fun applications of higher math. Memorize this, and you’ll be the smartest motherf**ker at the water cooler. You’re welcome.

That said, consider the math behind the idiocy of what is a typical Facebook “news feed”. Keeping within the earlier examples of fractals, we can hypothesize that your news feed is like an example of a Cantor set or Sierpinski carpet. We’ll get into this in a minute. We have an example of something subdividing into smaller copies of itself by removing one or more copies (i.e. “Unfollow”), and continuing recursively, you wind up with more of the same, just in smaller, usually dumber servings.

For the sake of this discussion, let’s assume that we’re applying the Cantor ternary set, and that the one-third we’re removing is that of “intelligently-written content.” This leaves us with this space filled with isolated points that we can arbitrarily approximate by using the other points, usually finding another point someplace in the same neighborhood. From here we can reason that there is some interrelation of the parts to create the topology of which we’re presented. Via this connecting of parts, we have this “perfect space. (not to be confused with “MySpace”, which was a collection of glittery GIF’s and self-absorption.)

This could be taken deeper with a discussion on Baire spaces, which is a great little play on words if you geek out to this shit like I do (in which the content is the space it occupies). Imagine, then, that you have a two-dimensional square, and you subdivide that into nine smaller squares on a three-by-three grid. And then you remove the center square. This is the start of what’s called a Sierpinski carpet. You could do this to the remaining height squares to infinity.

Picture your square as a three-dimensional cube (and that the squares we were removing are all cubes as well). That initial cube might represent the totality of your news feed. This complete, wonderful cube represents your hopes and dreams for an entertaining and informative batch of posts that can boost your mood for the day… bring a smile, help you catch up on friends and whatnot. At this point, your Facebook news feed is a Menger sponge (effectively a three-dimensional version of the Sierpinski carpet mentioned above, wherein each face of the cube is a Sierpinski carpet).

First holes in your happiness are punched clear through by some ass re-posting a joke or meme from eleven months ago with a comment like “OMG, this is so totally me!!”, and with that, the center cube is punched free. Following this, you see some fake-ass “news blurbs” with headlines like “In 3 Words, This Celebrity DESTROYS Dr. Benway’s Favorite Drink Recipe”, and the segmentation has begun. Adding a TON of surface area, but no real content.

This segments further with each “share” of something you posted. Say that sixteen of your friends already shared it, and then some liberal douche decides to ruin it all and throw in some “cause” like protecting the Los Guanos mosquito breeding grounds, even though the bastards spread malaria and other nastiness (the mosquitos, as well). We could, at this point compare your feed to an Appolonian net, as we’re becoming aware of the circular nature of shared and rehashed posts which appear like fractals generating from triples of these circles, each being tangent to the other two. You could picture this as looking like bubbles at the top of your drink in a glass, with a distinct pattern forming around three central bubbles, with the consequent bubble patterns filling some Minkowski-Bouligand dimension.

But that’s just getting crazy.

AIMLESSLY SPONGING THE CARPET. WHAT?!

If you’re not careful, you can find yourself aimlessly walking around this infinite space of utter nothingness. If we consider that our Menger sponge/news feed is a closed set being bounded by it’s geometric shape. It is compact. You only receive the posts from friends and those feeds you have “followed” versus every available feed or post on the totality of Facebook. By nature it is an uncountable set as it extends to infinite space.

It’s a universal curve (a curve being any object of Lebesgue dimension one. This includes trees and graphs with an arbitrary countable number of edges, vertices and closed loops, connected in arbitrary ways). In a similar way, the Sierpinski carpet is a universal curve for all curves that can be drawn on the two-dimensional plane. Our Menger news feed here is a three-dimensional version of that. In that it has topological dimension one, and (any other curve, or more precisely any compact metric space of topological dimension) is homeomorphic to some subset of it. Again simultaneously exhibiting an infinite surface area and encloses zero volume.

IDIOCY IS A COMPLEX BUSINESS

Noting that any intersection of the Menger sponge with a diagonal or medium of the initial cube M0 is a Cantor set. Bear in mind, there exists a homeomorphism of the cube having finite distortion. Squeezing the holes in our sponge/feed and leading to a Cantor set of zero measure. We could consider this to be a direct result of “well-executed trolling resulting in the fabled ‘Un-friending’ action”, but more on this another day. In this truth, we can see just how complicated idiocy can become if left unchecked, or worse, encouraged.

We can also see just how by dropping a little knowledge on one subject into another, we can make even the dumbest of subjects appear important.

Make it sound intelligent, and wind up with a post worthy of your time to have read in the first place.

Tomorrow, we’ll apply what we learned today about the Menger sponge/Sierpinski carpet and my Degree of Injective Idiocy to the example of a client of mine who is making the simplest of things on a project into a mindf**kingly complex fractal of infinite scope and absolutely no volume or consequence (with reference to wheel center cap selection).

We’ll then attempt to decode the dreams I’m having (when I am able to find respite in sleep, that is) as a result of this madness. 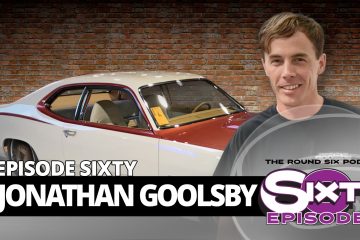 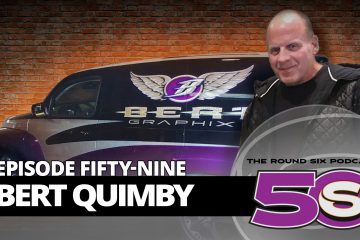 A Circus of Paint and Lettering 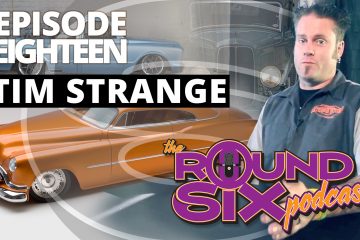 The Strange Thing Is…