The Round Six Podcast gearheads gather for a SEMA Show 2017 day one post-game round table talk.

MY TWO DADS WOULD BE SO PROUD.

This was the first time the group has gathered around one table at the same time, and the chemistry was intensely gratifying. We discussed our game plan, our special events, like Del drawing in the Prestone booth and Brian signing posters in the Holley/MSD booth. 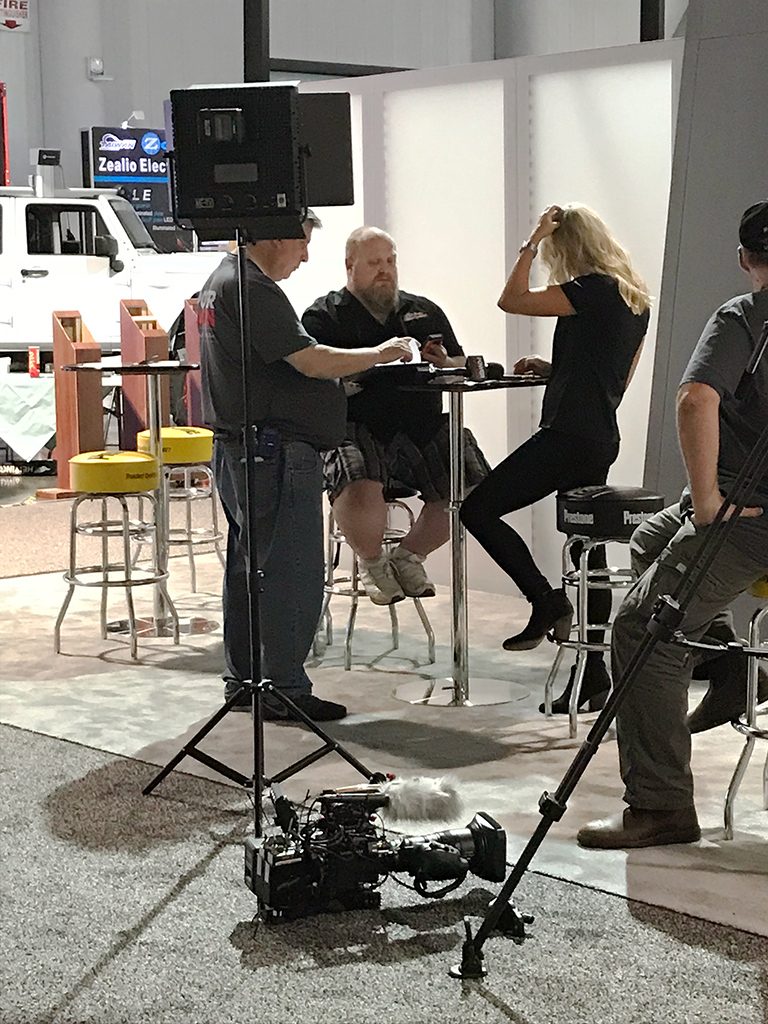 Del was filmed in the Prestone booth, sketching the start of what will become a fleshed-out illustration of an Auburn Speedster for RTM Productions. The results of the artwork will be aired on NBC Sports on December 9th.

Round Six’s Del took the time to lay out the initial sketch in front of the camera as the day wound to a close, and the rest of the gearheads played security, keeping the teeming throngs of admirers… Uh, we mean “hoodlums in an adjacent booth from blasting some terrible-sounding music from their offroad go-karty thing.” It was fun to watch the man in action, and to be honored with him repping the podcast like a pro.

IT ALL GOES TO THE DOGS 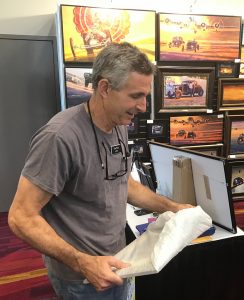 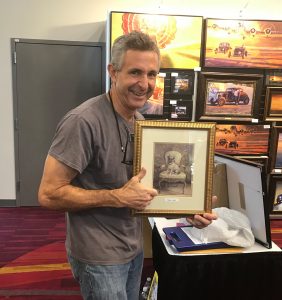 We made a straight path in the morning to visit our good friend Tom Fritz over in artist’s alley, and to present him with a special gift, relating to our upcoming podcast episode.

To say that this was a highlight of the day would be an understatement indeed. He has obviously proud of the thought, and equally happy to know that we had liberated the artsy pup from the Fritz Carlton Hotel and Brasserie. So stoked, in fact, that visitors to Tom’s display at the show for the rest of the week were privileged to view the fine work proudly displayed at ankle-level.

We made it a point to visit with some great friends, colleagues and fellow artists that morning. We talked with the always fun Max Grundy, the superbly talented and always welcoming James Owens, the tall and bespectacled Ed Tillrock, and everyone’s favorite Motor City metal sculptor (and new Dodge Demon owner!) Josh Welton.

We even made a new friend in the supremely-skilled Alex Carmona, whose woodcut prints had us buzzing all week. Look for all of these guys to be guests on the podcast soon!

…and Brian takes some crap for hanging with James Owens for a few extra minutes. 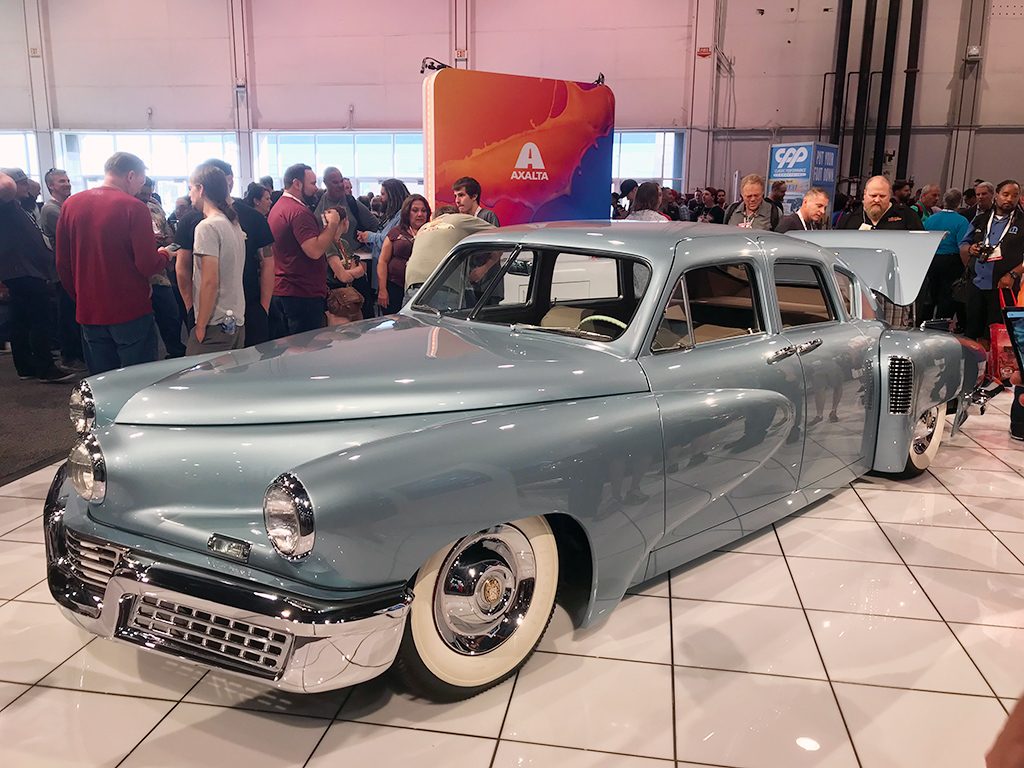 TUCKERS AND TURBOS AND THE LAND OF MY PEOPLE… 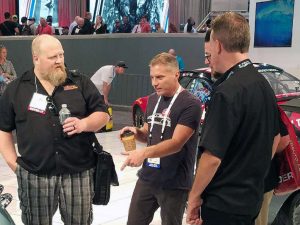 We discussed the amazing Tucker that Rob Ida brought to the show, which became, fittingly, the talk of the show. Rob was kind enough to take some time with the Round Six crew, and go over the details and subtle nuances that made this car such a standout!

Speaking of subtle details, the gang discusses the killer C-10 that was in the Prestone booth, built by Roger Burman and the crew over at Lakeside Rods and Rides, along with some very animated discussion about the value of tasteful understatement when it comes to custom vehicle design and construction. And then lakes. Or being near one. Whatever.

As the gearheads drift into the inevitable “what was your favorite car of the day?” topic, it keeps coming back to the little things.

We hope that you’re enjoying these daily live feeds and recaps! Let us know in the comments below, and if you have any questions, comments or suggestions, drop those there as well! thanks, as always, for watching and listening and following along!