As with all of my posts, this is just my opinion, so take it as such……even though you know I’m right!

I consider ratrods to be the hipsters of the automotive world. Ratrods are hipsters and hipsters are ratrods. Both are interchangeable… Kind of like an IRS audit and Scurvy, only not in a good way.

Why I think Ratrods and Hipsters are spiritually linked… 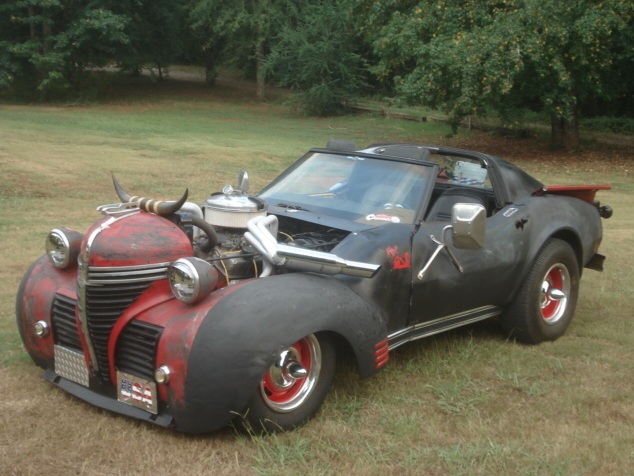 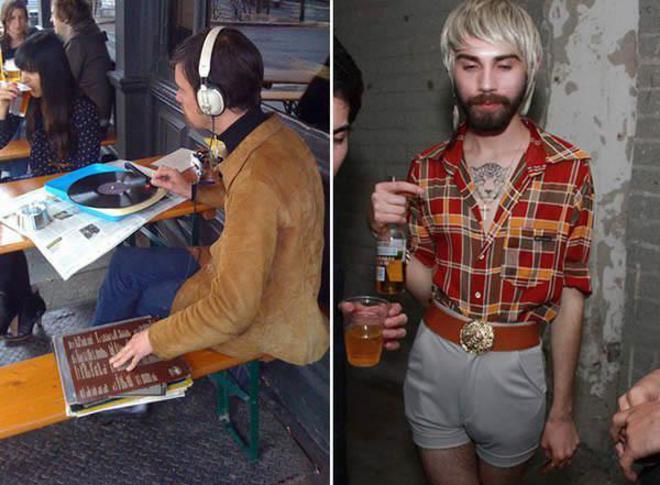 One; They both have mismatching and often nonsensical accessories. I mean, I don’t think a welded together tugboat chain makes a good front axle or an ironic nose ring. But I do think Billet wheels and rust go together as well as long walks in wooden shoes with a record player to your ear trailing a long extension cord.

Two; They both stink from the tail pipe. One smells because of over carburetion as a result of the “two carb and tunnel ram with stock small block” rule. The other reeks because of the mandatory veganism. If you’re not sure what that is, wait two seconds, they’ll tell you how you’re murdering that cow by adding creamer in your coffee…. They’ll then proceed to explain the reason they only drink black coffee from underground coffee shops because,”Water is, like, too mainstream”.

Three; Someone could get seriously injured passing either one. The only shock greater than the sight of a flex plate coming through your windshield is the realization that it was just being used to steer his car! You know this because he’s desperately trying to use his window crank/vise grips to tiller the contraption into submission. And just try to walk past the other without a gas mask…. 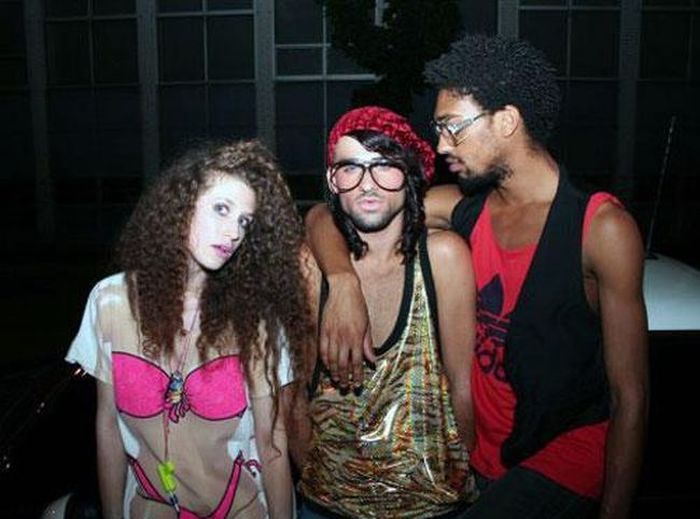 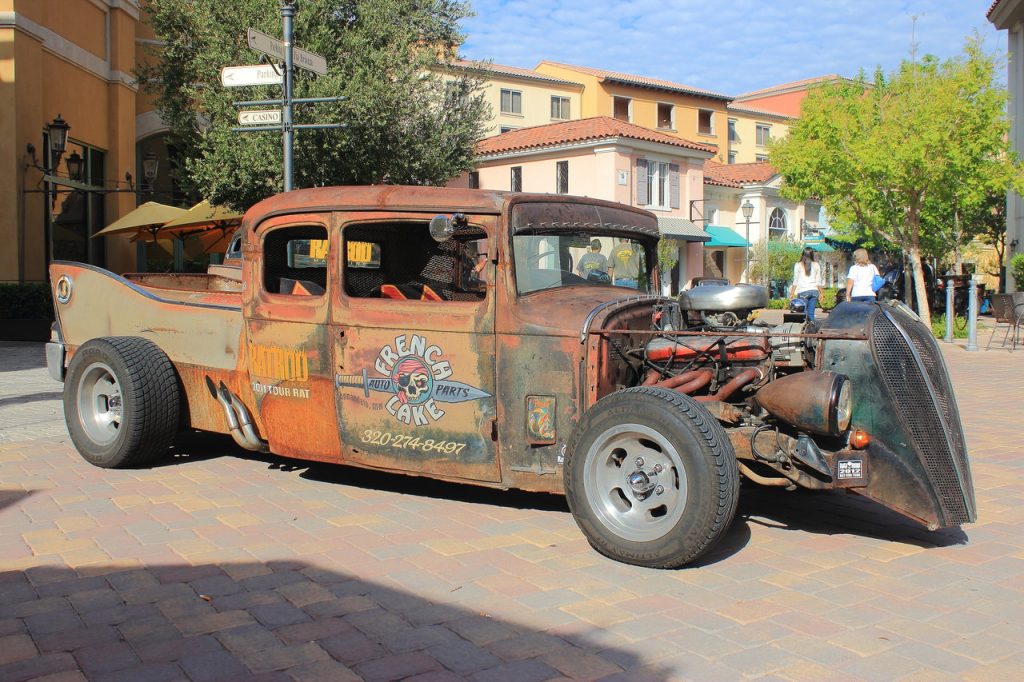 How much are you gagging and choking as you walk through a cloud of fibers, and beard/armpit hair from a homemade scarf/snowmobile cap? All the while “spandex-leggings-with-crocs-and-scarf man” is typing a tweet on a 1923 Smith and Corona. He’s banging away on homemade paper from fibers left over from the scarf and full face cap he just made. All the while burning his tongue in his coffee (because he drank it before it was cool). And he’s looking at you like you’re the one with a mental disorder. 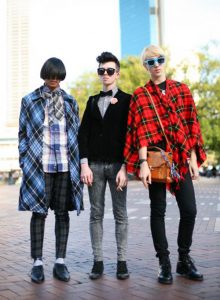 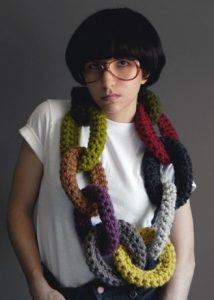 The only place where rat rods and hipsters diverge is in the grooming department. Ratrods are a jumble and are built that way on purpose. Hipsters, on the other hand, usually have their hair done nice, with their “blind friend picked” clothes ironed and their make-up just right. The women hipsters, however, are a mess….

Hot Rods you’re not afraid of

There are two ways you can be scared to drive your vehicle. The beast can be unsafe mechanically to drive, or you can be afraid to scratch the beauty. Both are ridiculous! I would much rather drive a hot rod with updated chassis, suspension, drivetrain, and interior, but leave the exterior alone for the time being (or for good). Think about it, I’d never have to worry about scratches or dents. But, there is a huge difference between a Ratrod and a vehicle with a patina’d or “lived in” look. One runs like stink, the other…well, just stinks.

I hear all of the time that people are “doing it the traditional way”. No, you’re building an unsafe artcar. What people fail to realize with this Ratrod movement is, the hot rodders “back in the day” concentrated on the mechanics first and would get to the aesthetics as time and money allowed. They wanted nice looking cars, not rolling outhouses.

Rent out your Ratrods as clown cars…

Once you start adding things like rusty pipe wrenches for headlight stands and tractor wheels and tires, you’re nowhere near a Rod. At that point you may as well stuff in a diesel and paint the wheels black!…. (Too Late! already being done…) Now, I’m not saying don’t get creative with your ride. What I am saying is, if you want a show quality ride, pick your show. Either a car show, or the Greatest show on Earth where there’s a sucker born every minute…..it can float along to the car show, or it can be a float at Mardi-Gras…..

So, call them what they are. Artcars.

Some of these Artcars are pretty cool looking! I wouldn’t want to drive most of them, but some have really interesting lines and silhouettes. I’m not completely against the Artcar movement. I just can’t stand it when every ad for a dug up piece of rusty metal (whether it’s a hunk of rebar, a headlight ring or a barn door hinge) is advertised as a “Ratrod part”.

NO! It’s not a car part, it’s an old Kohler toilet handle, it doesn’t belo……well, okay maybe it does belong on your “Ratrod”. Just make sure you polish it first with your grandma’s knit cap you’re using to keep your coffee and the sparkles in your beard warm. 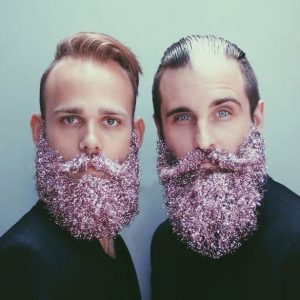 …And remember that old Norse saying, “If the wolves howl at twilight, put an edge on your sword not your tongue”. Rough translation…”You know I’m right.”

Check out the audio version on our youtube channel here:

Round Six Podcast and Del Swanson bring you this audio version of Del’s blog about Rat rods and hipsters on https://roundsixpod.com/