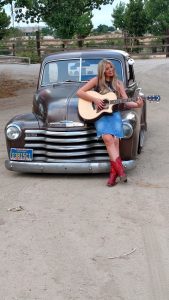 Last week my friend Brian called and said he needed my help. He asked if I knew someone with a 50’s or 60’s “original looking” pickup that could be used in a photoshoot. I told him since most of my friends fixed up and painted their trucks, I may have to do a little research. When I asked what this was needed for, he told me that his best friend’s daughter was recording an album, and wanted an old-looking “rancher type” truck. I told him my ’49 Chevy had the “old” look, but just might be too “hot rod” for the look they needed.

Brian told me he’d send a pic to see if they liked my truck, and I told him I’d keep looking. I asked him who the singer was because I was now a bit curious, and he told me her name was Brennley Brown and she’d been on the TV show The Voice.

He also said she had done very well and was also the youngest contestant on the show at 15. Monday morning I get a text from Brian that said only two words, “Call Me!”

“BE CAREFUL NOT TO SCRATCH YOURSELF ON THE TRUCK, BRENNLEY!”

I called him back and with a tinge of panic, he told me he dropped the ball. He said they needed me at 6pm that evening because they liked my truck. Being that Brian (and his brother Brett) have done me so many favors in helping me build my Streamliner, I felt I needed to return the favor. After talking to Jeremy (Brennley’s dad) about the time and location, I cruised over.

I got a good chuckle when Jeremy and I realized we’ve met numerous times over the years, which relaxed us both. My other friends Joe and Ronnelle brought their horses over for Brennley to model with, to add to the pictures. I then watched as the photographer and Brennley tried some different angles with her in different areas of the truck. It was hard not to laugh because they were trying to be careful and not mess up my truck! I was panicked she was going to scratch her nice guitar with my beater. 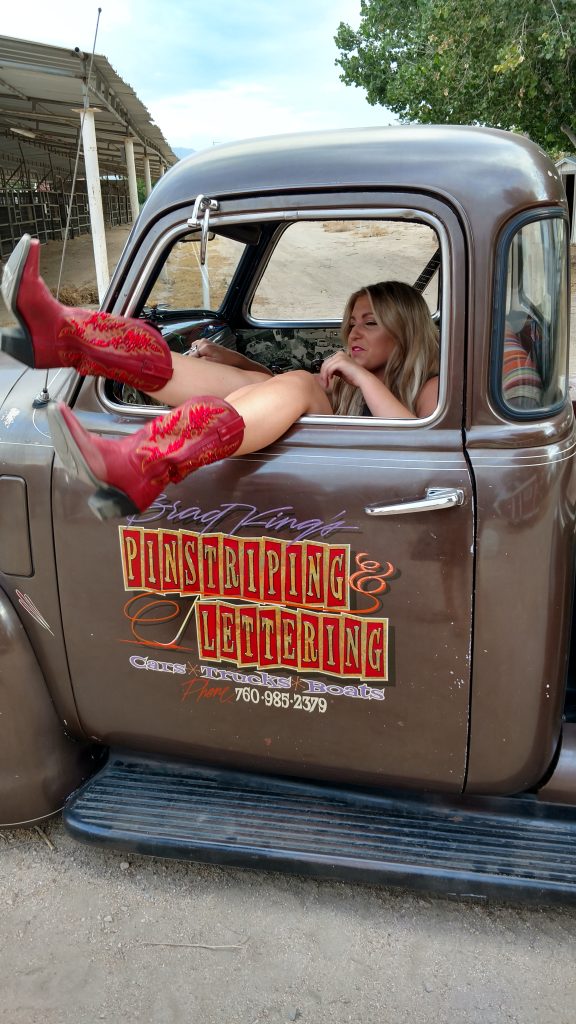 We had fun! I’m not much of a country music fan (let me rephrase…ugh!) but I’m definitely going to be watching this talented, young woman make her mark on the world!

El Mirage: Stacie Steps it Up 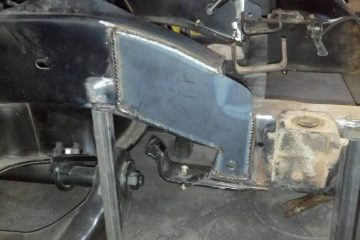 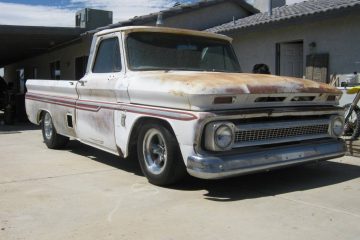