June 2nd marked the 47th anniversary of the death of race car driver and designer Bruce McLaren. Although he was only with us for a mere 32 years, Bruce McLaren left an impression that is still felt to this day. Many of us have heard the name McLaren and associate it with either an exotic automobile manufacturer or a hugely successful Formula 1 team.Yet, how many of you REALLY know who Bruce McLaren was?

Bruce McLaren was born in Auckland, New Zealand on August 3oth, 1937. As a nine-year-old, Bruce was diagnosed with Perthes Disease in his hip that left his left leg shorter than the right. His parents, Les and Ruth McLaren, owned a service station and workshop in Auckland. Les McLaren had been a motorcycle racing enthusiast, but gave that up due to an injury before Bruce was born, and began racing cars at the club level instead.

Bruce spent all of his free hours hanging around the workshop and developed his passion for mechanics during his formative years. Les McLaren restored a worn-out Austin 7 Ulster, which 14-year-old Bruce used in 1952 when he entered his first hillclimb competition. Within two years, he took part in his first road race and showed real skill. He moved up from the Austin to a Ford 10 Special, then to an Austin Healey, then to a F2 Cooper-Climax. During this time, he was studying Engineering at the University of Auckland, and he began to modify the Cooper, vastly improving it so much that he was runner-up in the 1957–8 New Zealand championship series.

His performance in the New Zealand Grand Prix in 1958 was noticed by Australian driver Jack Brabham. Due to his obvious potential, the New Zealand International Grand Prix Organization selected him for its “Driver to Europe” program designed to give promising Kiwi drivers year-round experience with the best in the world. Bruce was the first recipient of the award, to be followed by others later including Denny Hulme. 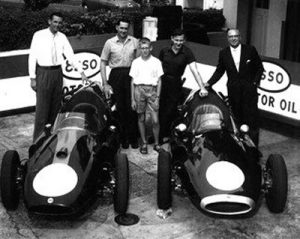 In 1959, McLaren joined his mentor Jack Brabham as his teammate on the Cooper racing team.

He initially raced in Formula 2. McLaren was entered in the German Grand Prix at the Nurburgring, in which Formula 2 and Formula 1 cars competed together. Bruce astounded the motor racing fraternity by being finishing first in Formula 2, and fifth overall, in a field of the best drivers in the world.

Within a few months, at the young age of 22, he won his first Formula 1 race at the U.S. Grand Prix at Sebring, becoming the youngest ever GP winner up to that time. 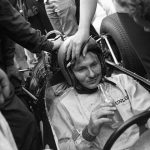 He followed that with a win in the Argentine Grand Prix, the first race of the 1960 season, a season that Cooper would dominate, with Brabham finishing first in the driver’s championship, and McLaren right behind him in second place. McLaren succeeded Brabham as the lead driver at Cooper in 1962, when Brabham left to start his own team.

During this time, Bruce’s engineering expertise was also taking hold. He began to expand into the field of race car design and manufacturing. 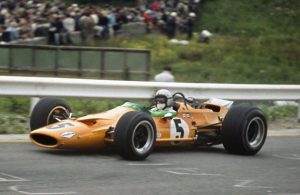 The desire to design his own cars was too great for McLaren, so in 1963, he formed Bruce McLaren Motor Racing Ltd, which remains to this day in the Formula One championship simply as McLaren. McLaren continued to race and win in Coopers (including the New Zealand GP in 1964). He left Cooper at the end of 1965, and announced his own GP racing team, with co-driver and fellow Kiwi Chris Amon.  Amon left in 1967 to drive for Ferrari.

In 1968, Bruce was joined by another fellow Kiwi Denny Hulme, who had become world champion in 1967 with Brabham. McLaren took his fourth career win. Racing his own McLaren car at Spa in 1968, achieving the team’s first Grand Prix win. Hulme would also win twice in the McLaren-Ford.  The 1969 championship was also a success, with McLaren finishing third in the standings despite taking no wins. In tribute to his homeland, McLaren’s cars featured the “Speedy Kiwi” logo. 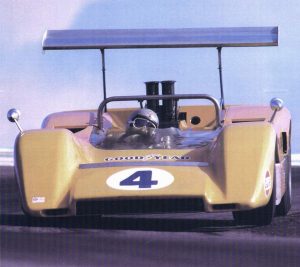 Although Grand Prix racing was exciting, Bruce was fascinated with the Canadian-American Challenge Cup, also known as Can-Am.

This series was sponsored jointly by the Sports Car Club of America (SCCA), and the Canadian Automobile Sports Committee (CASC). The fledgling series grew quickly, and along with it, McLaren cars came to dominate it.  Bruce’s design flair and ingenuity were graphically demonstrated during their first year (1966), when the new McLaren cars finished second twice, and third twice in six races.  In 1967, they won five of six races and in 1968, four of six. 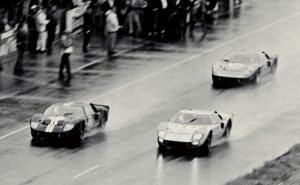 In 1966, Bruce and co-driver Chris Amon won the prestigious 24 Hour Race at LeMans in a Ford GT40.  A lot of controversy surrounds their race win, and it was actually caused by their own team. At the end of the race, Ford decided to stage a publicity photo. The plan was to have the top three podium finishers. Car numbers 1, 2, and 5, in that order would cross the line near one another. This would provide a photographic finish, depicting Ford’s dominating race performance. Ken Miles’s #1 car was leading until the drivers were told to close it up for the finish.

As it turned out, McLaren’s #2 car crossed the finish line in first place and was declared the winner.  Here’s where the controversy lies. The finish of the race was such that GT40 #2 was given the win due to a detail of Le Mans rules. The #2 car qualified fourth , therefore starting further down the grid. It had therefore driven farther than the #1 Ken Miles car. Even though they crossed the finish line nearly side-by-side.

‘The McLaren-Amon and the Miles-Hulme cars were running within seconds of each other. As the race neared its end, with the Bucknum-Hutcherson car hanging back as insurance. A decision was made in the Ford pits to have the cars finish side by side in what hopefully would be considered a dead heat. All three cars went over the finish in formation, but any chance for a dead heat disappeared when officials discovered a rule that in case of a tie, the car that had started further down the grid had traveled the farther distance.”

The Ford team’s decision was a big disappointment for Ken Miles. He expected the “Endurance Racing Triple Crown”—Daytona-Sebring-Le Mans—as a reward for his investment in the GT40 development. “I’m disappointed, of course, but what are you going to do about it.” Two months later, Miles died while testing the next generation Ford GT40 J-Car, which became the MkIV that won Le Mans in 1967.

THE MIND OF A CONSTRUCTOR

Bruce McLaren was a competitive driver. His legacy, the McLaren Racing Team, stems from his abilities as an analyst, engineer, and manager. In the early days of McLaren sports cars, Bruce was testing. Coming out of the pits, he noticed the fuel filler access door was flapping up and down as he drove. The aerodynamic thinking was that it should have been pressed more firmly in place as the speed of the car increased. Instead, it bounced more vigorously as the speed increased. Instantly, his frustration at the sloppy work changed and he had an insight.

Stopping in the pits, he grabbed a pair of shears, and started cutting the bodywork away behind the radiator. Climbing back in the car, he immediately began turning lap times faster than before.  Later he explained:

“I was first angry that the filler door hadn’t been properly closed. But then I began to wonder why it wasn’t being pressed down by the airflow. The only answer was that there had to be a source of higher pressure air under it than over it.”

From that session came the “nostrils” that have been a key McLaren design feature, including in the McLaren F1 road car.  Bruce noticed that his team’s cars were less innovative than the Chaparrals of rival driver/designer Jim Hall. Yet their superior reliability was rewarded by race and championship victories.

THE PASSING OF BRUCE McLAREN

Bruce McLaren died when his Can-Am car crashed on the Lavant Straight just before Woodcote corner at  the Goodwood Circuit in England on 2 June 1970. He had been testing his new M8D when the rear bodywork came adrift at speed. The loss of aerodynamic downforce destabilised the car. It spun, left the track, and hit a bunker used as a flag station.  And in an instant, he was gone.

Motorsport author Eoin Young said that Bruce McLaren had “virtually penned his own epitaph.”In his 1964 book From the Cockpit, referring to the death of teammate Timmy Mayer, McLaren had written:

“The news that he had died instantly was a terrible shock to all of us. But who is to say that he had not seen more, done more and learned more in his few years than many people do in a lifetime? To do something well is so worthwhile that to die trying to do it better cannot be foolhardy. It would be a waste of life to do nothing with one’s ability. I feel that life is measured in achievement, not in years alone.”

These words that Bruce had written about his friend perfectly echoed his own life.  Bruce McLaren achieved more in his 32 years of life than 10 people could do combined together. His brilliant engineering mindset and strict adherance to the highest levels of quality are still evident in the products that are produced at the McLaren Technology Center 47 years after he left us. 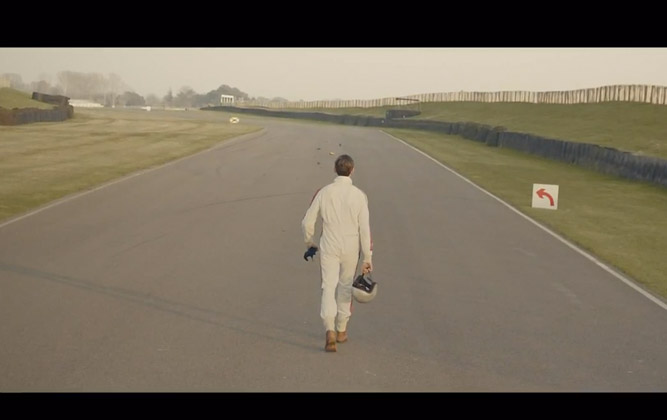 In an effort to supplement this blog, the images used were sourced from multiple websites. RoundSix would like to give credit to these outstanding sites and encourage anyone looking to find out more about Bruce McLaren to check them out. Be prepared to spend hours looking at the incredible content that these fine websites have graciously provided for all of us to enjoy.