Gasser! Gasp, how dare you! One of three things is probably happening about now:

One, you’re curled up in the corner, rocking back and forth and mumbling something akin to, “Mommy, stop the bad man from hitting me with his words!”

Two, the sudden gasp made a cone shape on your chair. That gasp and spike in blood pressure has produced a pink froth in the corner of your mouth while you bitchslap the keyboard like it owes you money as you wish death and pestilence on my manhood.

Three, you start grinning like the Grinch and wondering if I radius cut the rear wheel wells and what mill I’m gonna run in it.

If you fall into that third category, you sir or madam, are a Hot Rodder. And we are kin. It is my contention that there is no production vehicle that is perfect. Not in form or function. Therefore I believe everything in and on a vehicle can be improved upon. Having said that, I also understand the value and draw in original (stock) and original condition production vehicles……for other people, I just don’t care. I think as long as we have one in a museum somewhere… cut up, alter and improve the rest.

IF MONEY WERE NO OBJECT 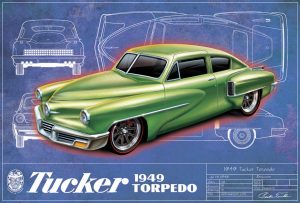 My Father-in-law, Ed (Pa) is an old school, salt of the earth kind of guy, but I’ve tested his patience at car shows with my musings on what I’d do to some very nice stock vehicles. I’ve even joked that if money were no object, I’d probably have a pro-streeted Duesenberg, a pro-touring Cord or gull wing Mercedes or maybe even a coyote powered 2 dr. Tucker. But here’s the thing…..I wasn’t joking. To me, putting together something to stock specification is tantamount to a paint-by-number painting. And the only reasons we hang the crappy looking paint-by-number paintings are:
1. Your kid made it for you
2. Your weird uncle Larry is cranking them out in rehab and your mom is making you.

Don’t be Larry. If you’re installing brakes, install larger or higher quality brakes with better materials. If you’re rebuilding an engine, look into higher quality parts, larger displacement or even an engine swap. Should you be redoing an interior, think about making the design or materials better. And if you’re going to repaint your car, think about adding graphics to that “Baby dump brown metallic” stock color or choose a better color. In other words, always look to upgrade your ride for safety, performance and aesthetics. The better you make a vehicle, the tighter the bond you form with it. 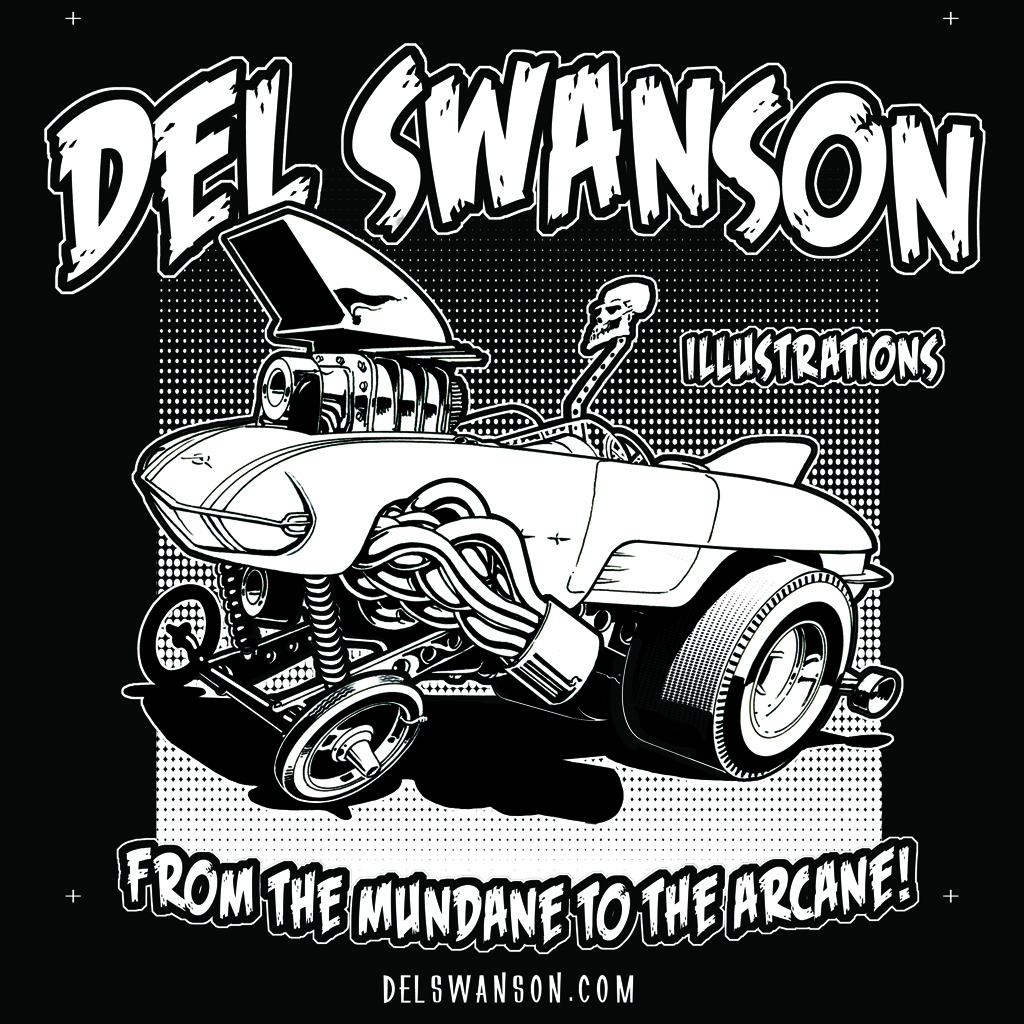 So, as to the title, I actually did make a Club de Mer into a gasser. What’s a Club de Mer you say?. Even though I like the original Club de Mer and most of Harley Earl’s brain-children, I can’t leave well enough alone. As some of you know I’m an Artist/Illustrator/MaleModel/Cartoonists/Builder/GreatLover/Woodworker/Welder/SuperGenius (I’ll let you decide which of the two in there are a bit sketchy). The title refers to a cartoon. But that’s what I do; I put down on paper what I’m building in my head. So, those of you in the first and second categories can tear up your applications for safe spaces because you won’t need them. No rare vehicles have been harmed in the making of this article……….yet.

I just had an epiphany: I think God was listening when I told Pa I’d have a Pro Street Duesenberg; that’s probably why I haven’t won the lottery yet.

Listen to this blog!

Not much of a reader? Too busy for words on a screen? Heck, just love Del’s delivery on the podcast?
Hear it in Del’s own voice, via the magic of the internet!

Round Six’s Del takes a swipe at gassing an icon. One of three things is probably happening about now: One, you’re curled up in the corner, rocking back and forth and mumbling something akin to, “Mommy, stop the bad man from hitting me with his words!” 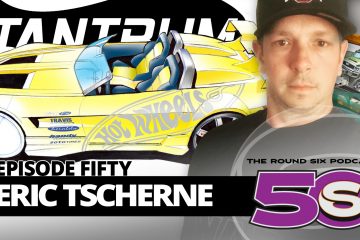