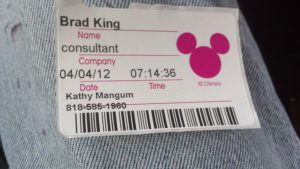 A lot of people have asked me over the years how I ended up pinstriping at Cars Land, and how Disney ended up being blessed with (or stuck with, depending on who you ask) my “old pinstriping box” when it was all done, so I’ll do my best to explain. I got the call to find out if I was interested in being involved in the project of pinstriping pretty much EVERYTHING not bolted (and a few things that were) down in the newest area of the park. Doing my best to contain my excitement and try to sound cool I think I blurted out something like “Uh yeah, really? Seriously? Yeah OK!” or something like that. So I meet up with my friends (and mentor) Dennis Ricklefs and Chip Foose. I then met my new friends (Pinstriper) Jeff Styles, (Marketing Genius) Carson Lev, (Project Manager) Kathy Mangum and (Interior Designer) Emily OBrien. 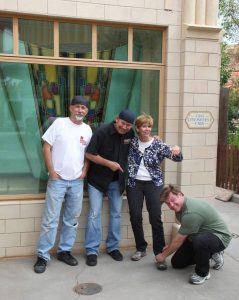 To say I think the world of all these people is an absolute UNDERSTATEMENT! So the three of us pinstripers all look at Chip who is in charge of this little “decorating committee” to see what we’re doing and he starts delegating us to parts, pieces, walls and whatever else he can find that looks boring, for us to dive into. Now I need to go back a day so you get an idea of where I’m at with the “old box.” I had an old beat up paint box I’d acquired from my friend Tom Contino that I’d used for 30+ years to carry my brushes, paint and whatever other crap I needed to take from one job to the next. I’d had many chances to update, but this absolutely beat up box just seemed to fit me. I was also a bit embarrassed that the other guys would look much more professional when we rolled in to Disneyland, but there was no turning back. So now fast forward to literally the first 15 minutes of my being there and Dennis comes over to me while I’m laying out my first striping job and tells me that Kathy is really excited about seeing my old box and wondering aloud if I’d sell it.

I shrug it off for (I swear) maybe 20 more minutes, when Chip wanders over and tells me that other Disney Imagineers are taking pictures and all in discussion if maybe I’d sell it. To say the whole thing seemed a bit weird was kind of an understatement. 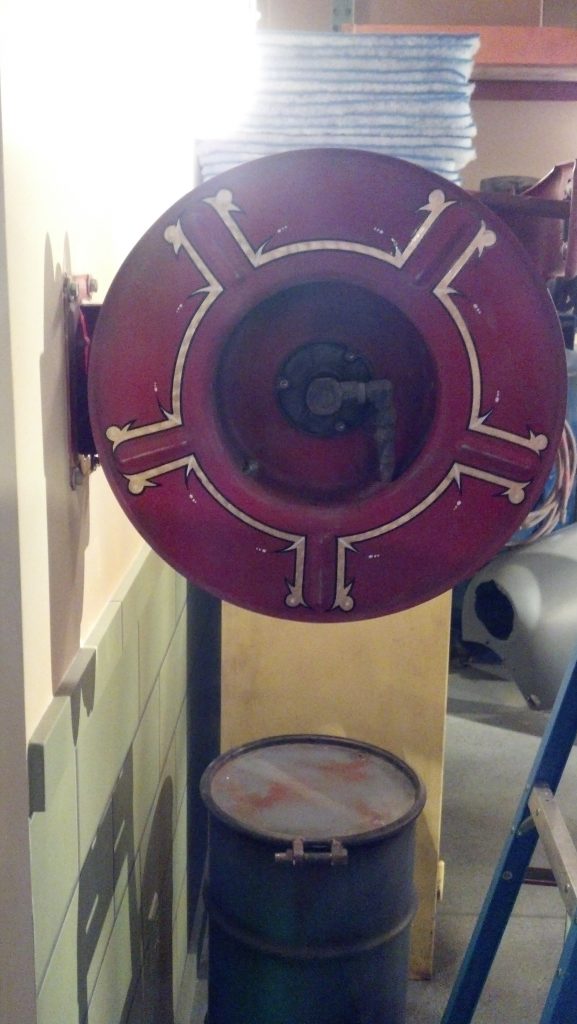 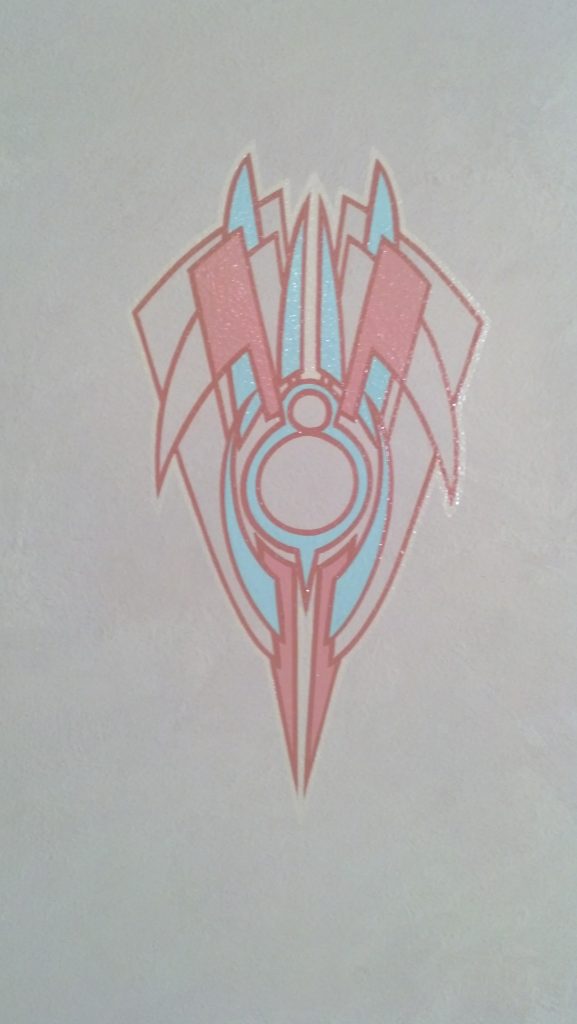 So for the next roughly four months (we wanted to let Chip be part of this whole adventure so we only went when he was around) we put paint on nearly everything in that section of the park. 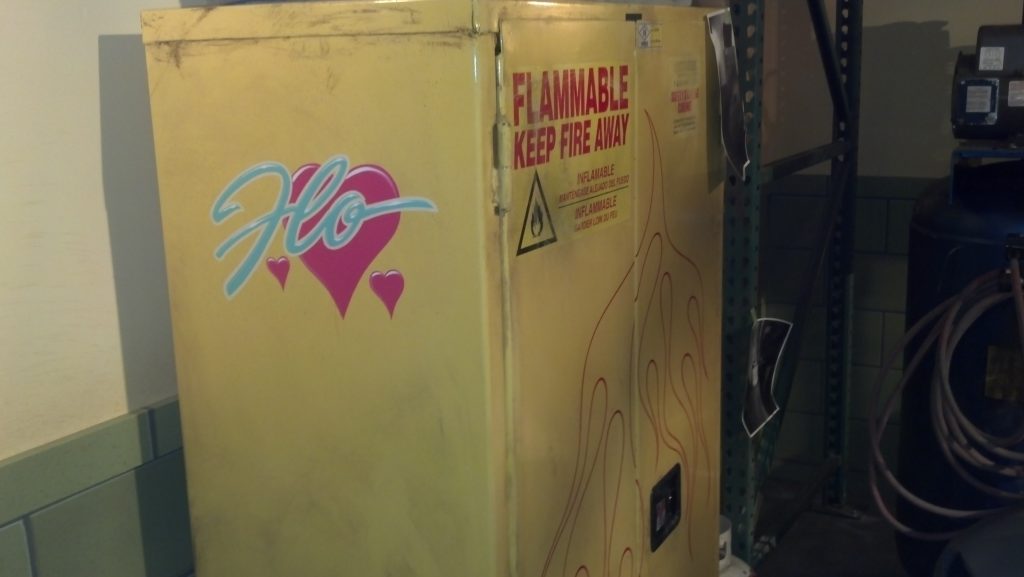 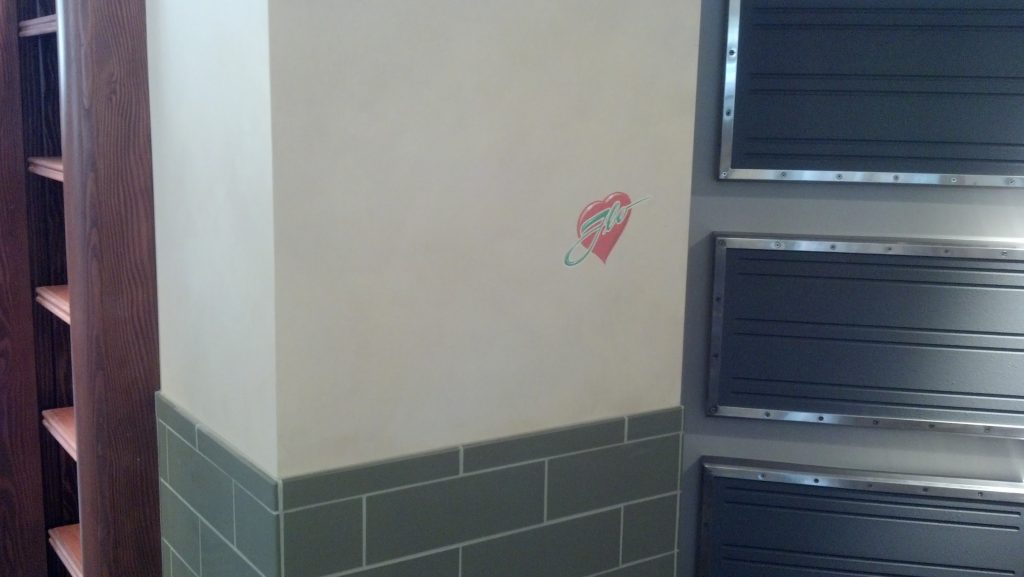 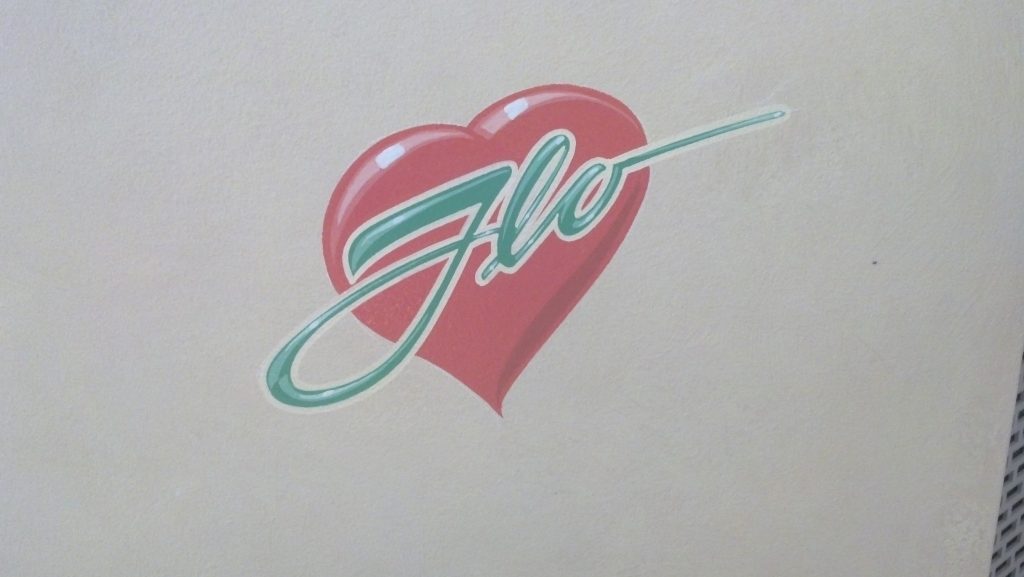 Jeff Styles and I pushed the boundaries of where we should or shouldn’t go (we checked out EVERY square inch of that place) and when someone questioned us to whether or not we actually belonged there, we had three words that gave us access to EVERYWHERE…”We’re the Pinstripers!” 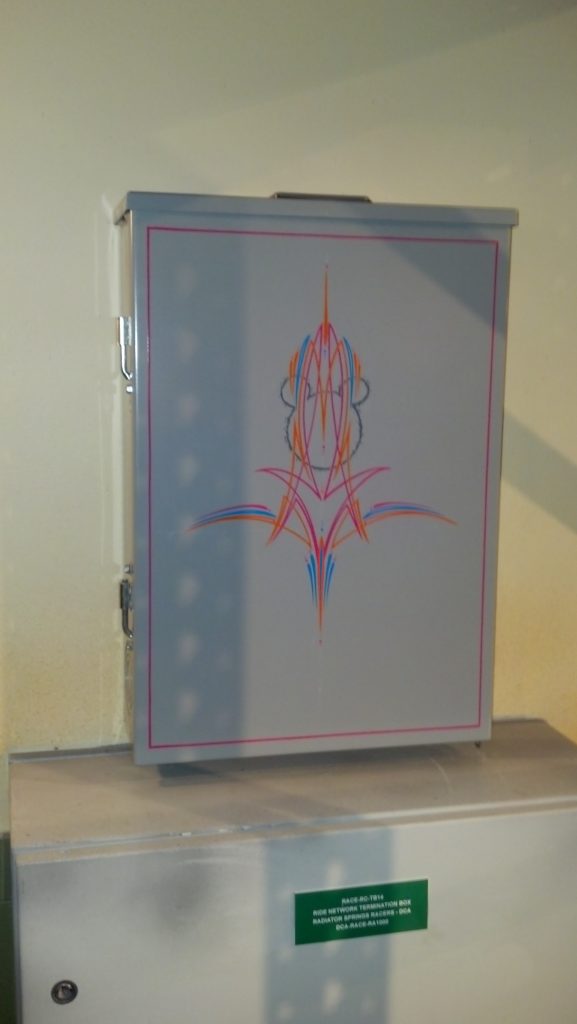 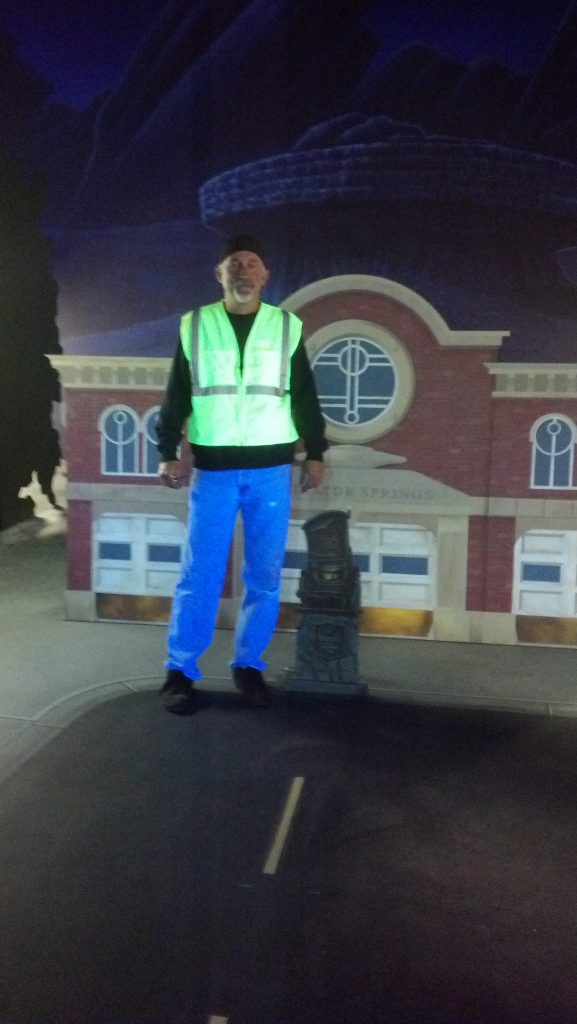 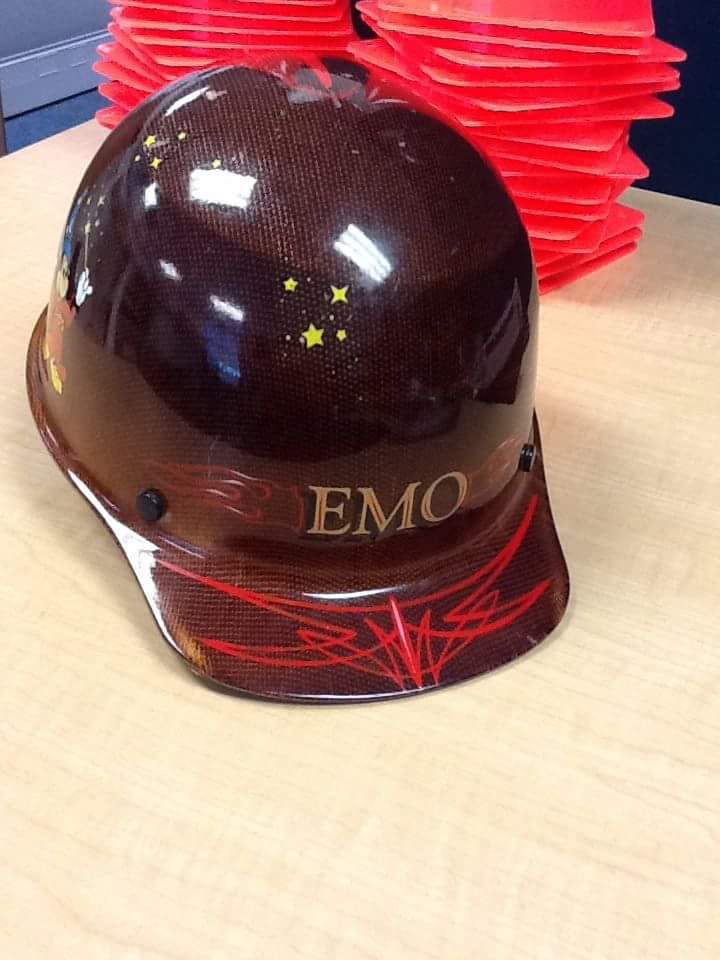 They always smiled, said something like “AWESOME” and let us pass. Some of the coolest sneakiness I’ve ever done in my life and some seriously great memories. 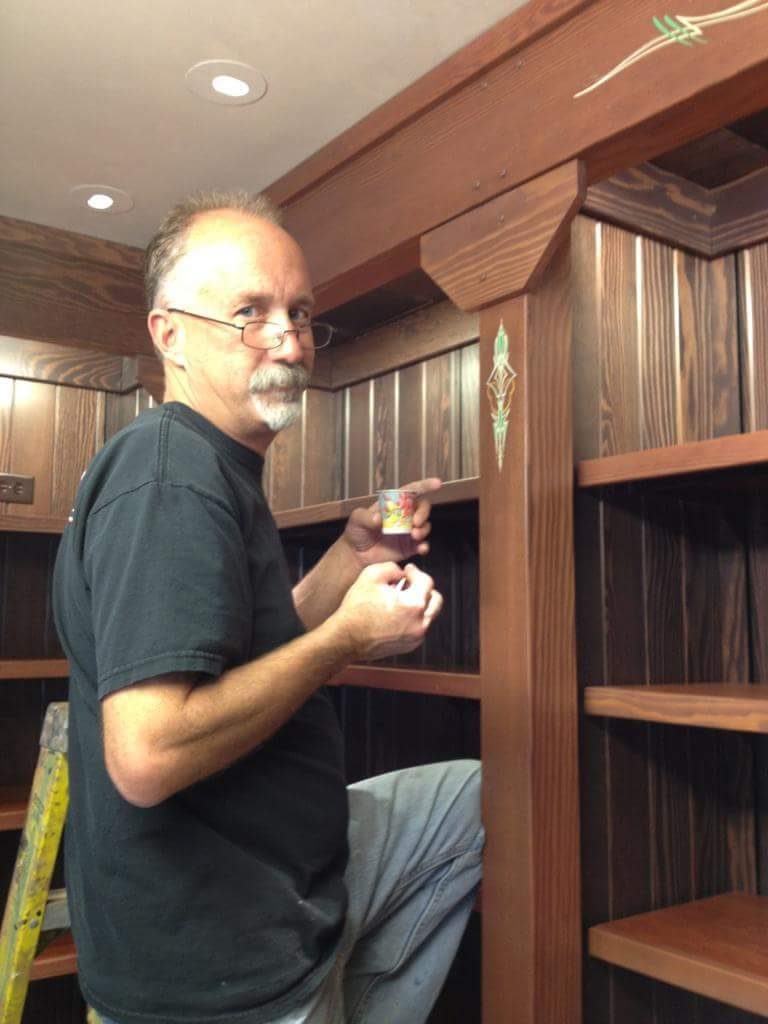 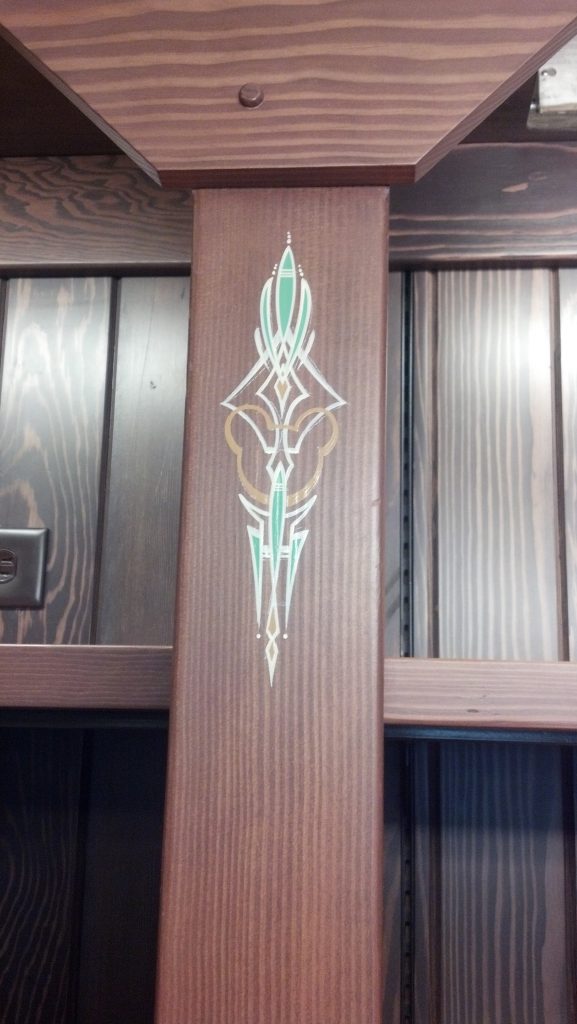 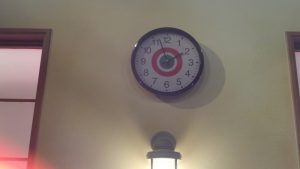 While all this was going on, Kathy and I had been in discussion about my paint box and what we should do. I knew when I died that my kids would be stuck with it and eventually it would just end up in the trash. I looked at Disneyland as the coolest museum I could ever be involved with but still wasn’t sure of a plan. Towards the end of this project, John Lasseter, the director of Cars was walking around, checking out the project and meeting the new people which included myself. After Chip introduced us, he told John I was the one with the “paint box” and the look on his face completely changed. He lit up and says “I want that for the ride, so you and Kathy NEED to work something out.” We looked at each other, smiled and an agreement was made. 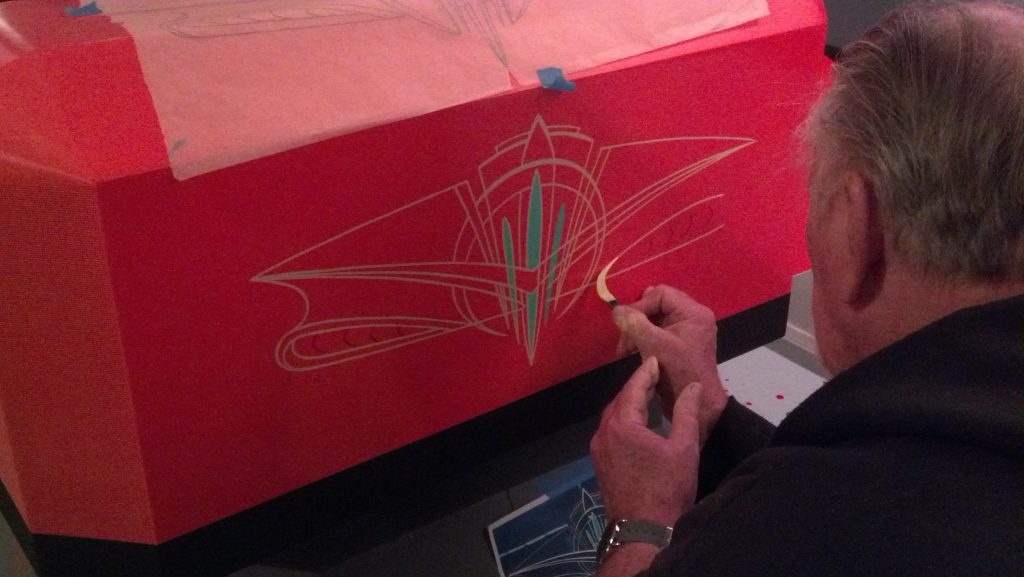 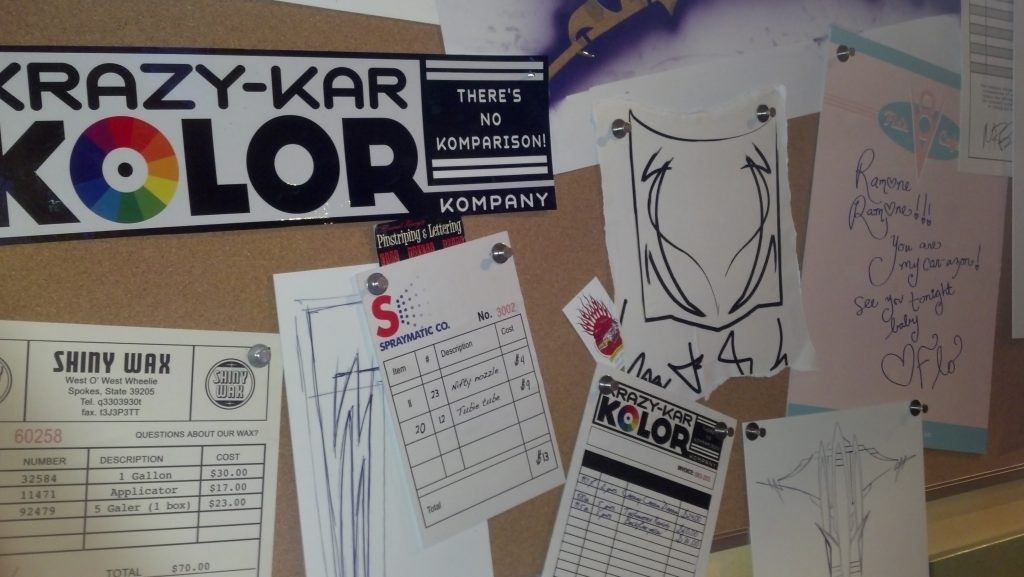 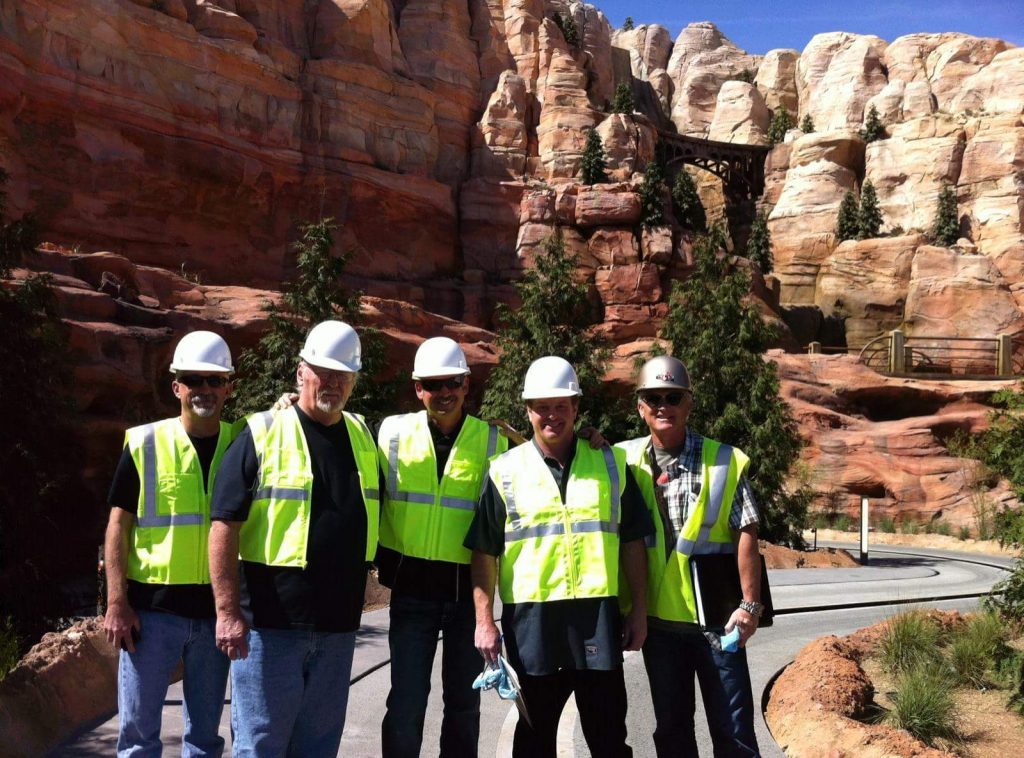 So now Disney is ending up with the paint box but I wanted it to REALLY look like it was part of the display. All the paint cans in the ride had RAMONE TONE (named after the character) labels on them so I knew we need that look. I asked if I could get one of the decals to scan and scale down because I honestly didn’t think they would send me the actual digital file. When I casually asked about getting the art files, I was a bit shocked when they I was told “no problem.” I think I’m probably the only person outside of Disney Imagineering to actually have this stuff. 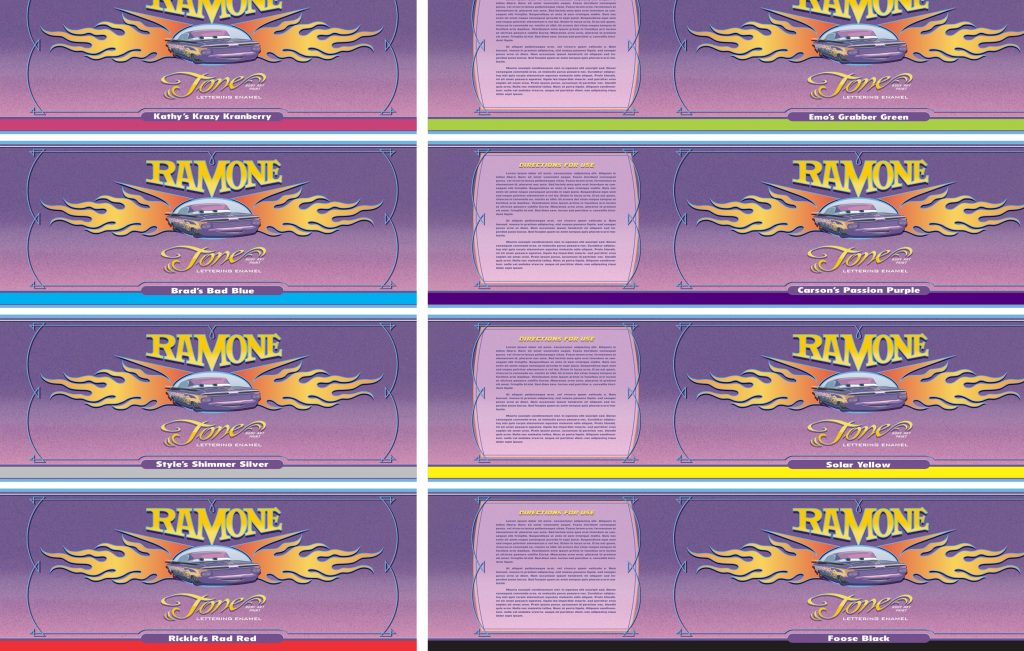 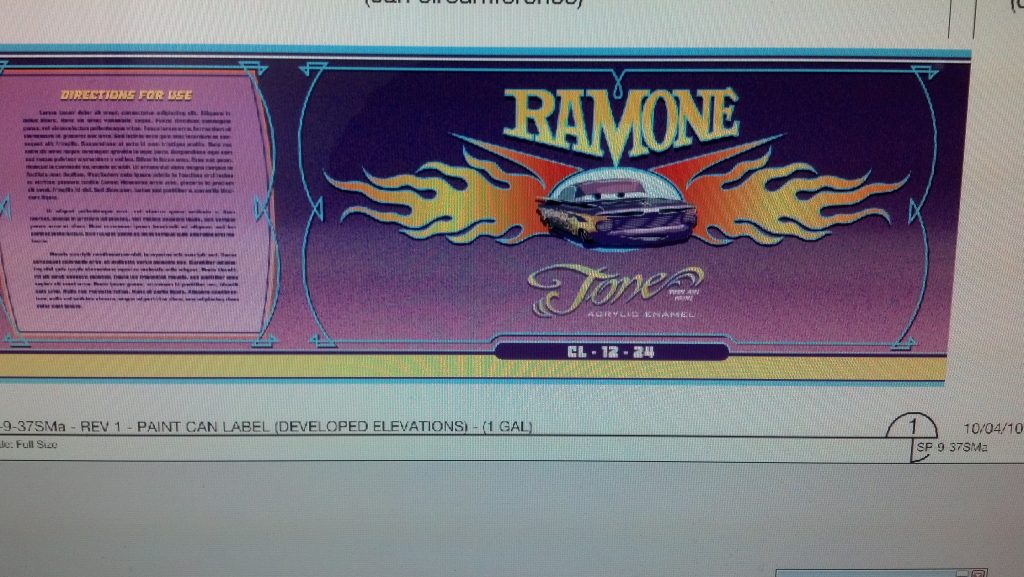 I re-scaled the artwork to fit 8oz “One Shot” type cans and tried to make them really look authentic. Me being me decided I couldn’t leave the paint color names alone, so I changed them and put the names of my friends involved in this whole project on the labels. 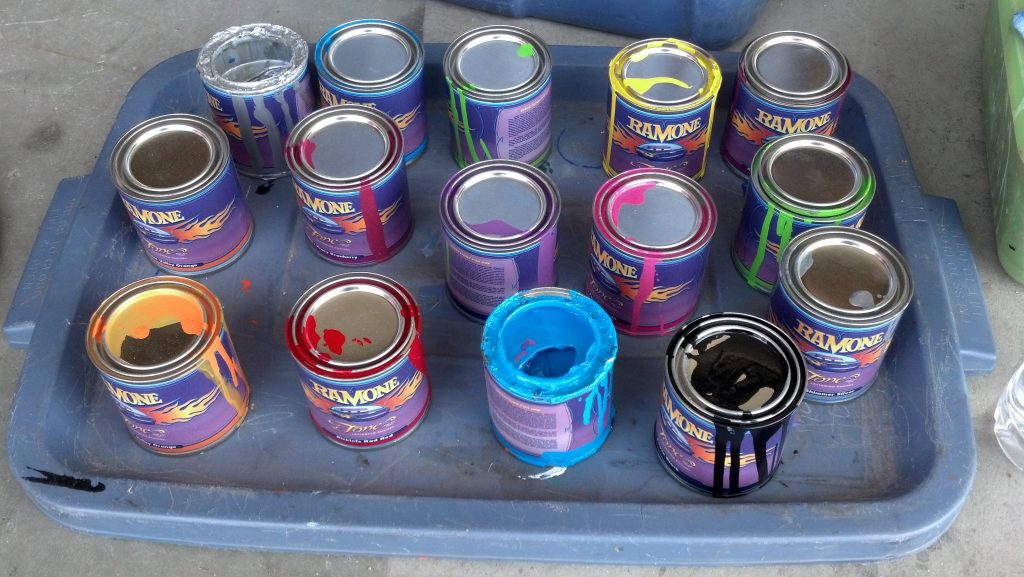 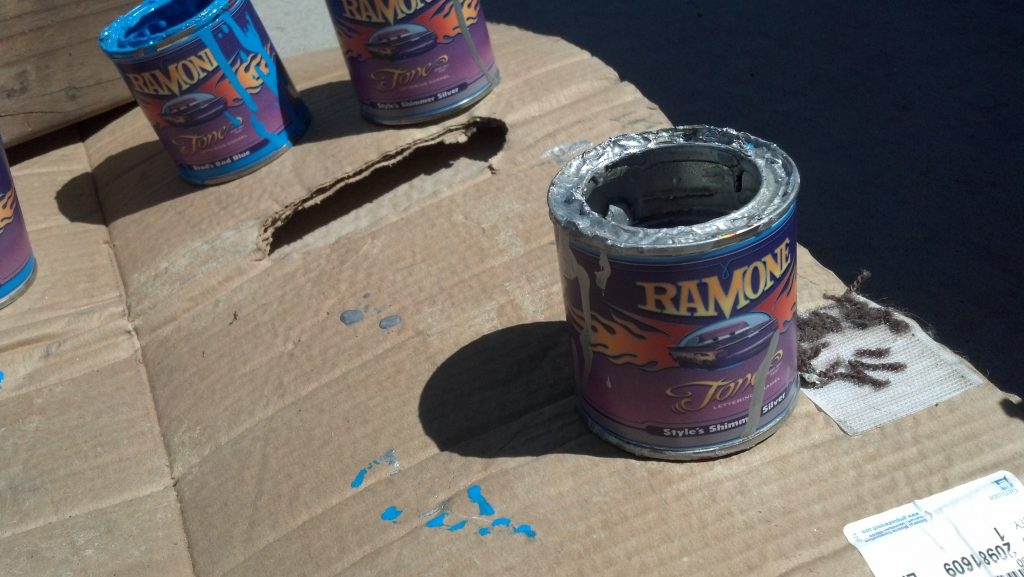 To say I’m honored with this an understatement because it’s seriously one of the coolest things to ever happen to me.

You can see the box at around the :21 mark in the video below:

What’s really crazy about all of this is I’ve only heard of two occasions where someone actually paid for a pinstripers paint box. The first was Kenny Howard who was known as “Von Dutch” (The MOST well known pinstriper in history) and his was sold at auction after he’d died. 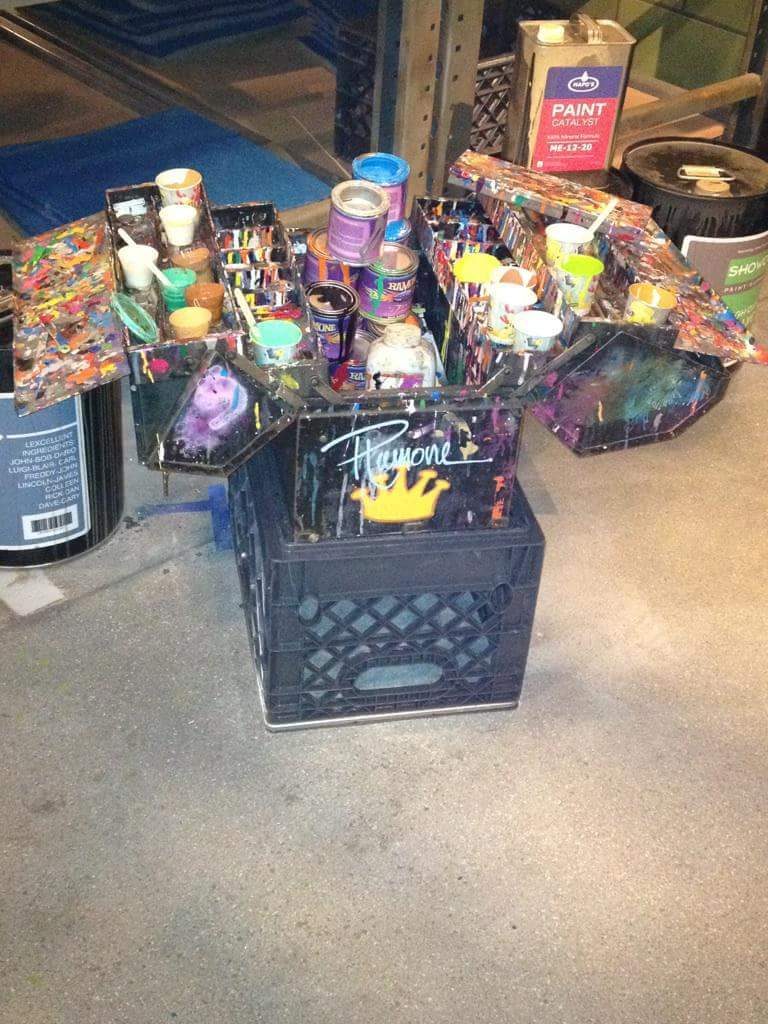 The other is me.

Tragedy Strikes the Brickyard: The 1973 Indianapolis 500