In keeping with the modern trend of over-thinking, analyzing and then blaming all present and future actions upon some insignificant event in ones past, I’d like to offer the following. Bear in mind that it is in no way to be considered any form of apology, but rather a blanket blame on anyone else but myself for said actions, be they past, present, future or even alternate-dimensionally. Being an “entitlement prick” appears to have advantages over “responsible adult”.

I once had a terrible experience at a family meal wherein we were served lumpy mashed potatoes. Now, it may not sound like a big deal to you, but to really understand the psychological trauma brought forth by these poorly prepared, textural tuberous terrors, you’d be better served having known my Aunt Regina and then trying to unravel what will no doubt be the subject of more than a few doctoral theses for some struggling grad students one day.

In keeping with our theme, it’s not her fault that she lost her front teeth and left-side molars in that knitting bee incident… although it is often argued that if it weren’t for her insistence that Barry Manilow had written the off-off-Broadway musical retelling of the life and times of Davis M. Knoellbecker, the forgotten laboratory assistant of George X.L. Wangrower, inventor of Enzyte (who later became a Vaudevillian-esque circus side show performer famous for a pole-vaulting act that was hands-free and truly head and shoulders above anything else you could see for three cents in his time) –you have to give the broad some credit, as her life was running somewhat in parallel with his snappy tune “Can’t Smile Without You”, if you changed a few words– versus simply agreeing with Edna “Crazy Toes” Tombeck that the supposed musical was little more than a dream sequence in a very special episode of “The Golden Girls” when they did that crossover with the A-Team and Blanche takes peyote with Murdoch that she’d share some delight in the nanosecond of flavor that is Juicy Fruit or even a full-on flossing, but I digress. Well, not yet. No, come to think of it, let’s save that little tale I just recalled for later on, and go back to digressing all over again.

You see, between her now-inadequate chompers and an over-active gag reflex, combined with her tongue being offset slightly to the left, the sounds emanating from her end of the table were downright frightening. The “squish, squish, gargle, gag” rhythm and back-beat of snorts and whistling exhales (did I mention her deviated septum? Grand tale for another somewhat food-related post sidebar), I was reminded of a horrifying visit to see Santa Claus who happened to be in the throes of anaphylaxis (anyone else recall Ralph Lauren’s brother Todd and his short-lived, peanut oil-based cologne “Georgia”? There’s another tale for yet another time in all of this involving a brief encounter with a guerilla-style cosmetics counter clerk and a “sample” spray of said cologne and my winter parka – you’d be amazed with the efficiency in which a faux fur fringe band spanning the leading edge of a hood on a blue nylon winter coat can be used to transport a substance across three departments, one of which being Lingerie, of which my younger self truly worked to put the “linger” into – I’m writing a spy thriller based on this), which I had mistook in my childhood innocence as unadulterated excitement over the Tyco slot car track (with “Nite Glow”!) I had mentioned, just prior to his expiring and drooping forward, spilling forth his final words to me on a wave of peppermint schnapps-laced breath and what I pray was saliva, which were either “Real potato chips don’t come in a tennis ball can”, or perhaps something else, possibly closer to “Find medical help for me, if you can”. To say that this event ruined Christmas would be giving far too much credit to some stranger who had obviously engaged in some rather serious vocational misadventures… Not to mention some militant malefactor of aromatic goods who accosted an innocent child on his way to see some remnant of a time gone by, both in the traditional sense as well as in the “burned-out alcoholic masquerading as a holiday symbol” way… of the two, I’ll leave it to you, fair reader to determine which is more depressing. Nay, that Christmas was ruined by something far more nefarious, and we’ll save that tale for another day, perhaps written as a Shakespearean soliloquy.

In any event, I don’t particularly care for lumpy mashed potatoes OR allergen-swollen, sketchy-at-best department store Santas. And don’t even get me started on old women named Blanche or musicals. I do, however, miss the K-Tel commercials that aired during the glorious period of syndication when I became a young man and discovered the therapeutic benefits of aromatherapy to be found in scale model car building… Again, none of which is obviously any fault of my own.

Builder VS Installer: Where to Draw the Line? 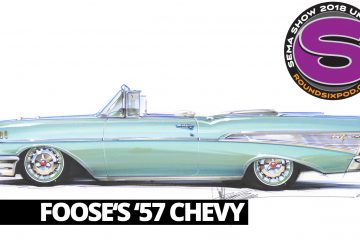